A year after the Be’er Sheva march was cancelled following threats by extremists, the LGBTQ community in the city wins its greatest victory to date. 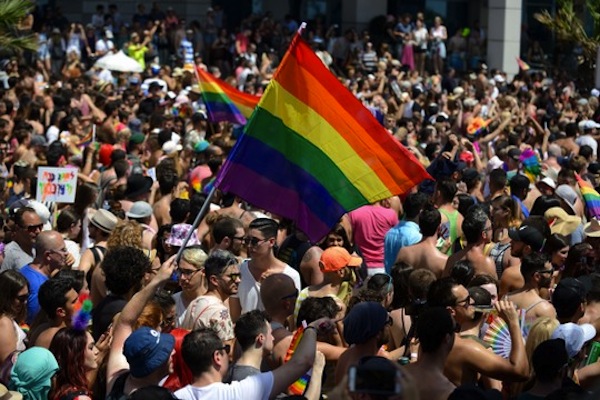 A year after it was cancelled by the municipality, the southern city of Be’er Sheva will hold its first ever pride parade this coming Thursday. Last year’s cancellation came after organizers were forced to march on side streets and in a closed-off area, following pressure by the religious community in the city, and after the police claimed they had received concrete intelligence that extremists were planning on attacking the marchers.

This year, after months-long negotiations between the LGBTQ community in the city and the municipality, 18 years after the first pride march in Tel Aviv, and after years of attempts to hold a march in the city — pride flags will finally fly in the “capital of the Negev.”

The march is organized by the Be’er Sheva LGBTQ Center, the municipality, and its daughter company, Kivunim. The march will pass through Reger Boulevard, the city’s main thoroughfare, and will end outside the municipality that will include both drag and musical performances. Mayor Ruvik Danilovich is also set to speak, as he has in previous events put on by the LGBTQ community in the city.

On Sunday, I published an article on a Facebook poll by a popular southern news outlet in tandem with the Facebook group, “Be’er Sheva Together,” which has 80,000 members. The results of the poll were surprising and hopeful: out of 2,510 users who participated in the poll, which was not anonymous, a large majority supported holding the march in the city. According to the poll, 68.8 percent (1,713 respondents) backed the march, while 31.8 percent (797 respondents) opposed it.

Zion Raz, the spokesperson for the Be’er Sheva LGBTQ center, says that allowing the march to proceed on Reger Boulevard is a “historical achievement,” and explains how last year, the compromise was to march for 100 meters on a nearby side street. “This year, the march on Reger will continue for over a kilometer. This is a 180 degree change on the part of the municipality and the police, which is a result from the hard work we put in this past year.”

However, despite the positive developments, as the march approaches there has been a noticeable increase in homophobic comments on local social networks, including threats of violence. On Saturday afternoon, the police were notified that someone had written “soon there will be an attack on the first pride march in Be’er Sheva” in response to a post on the march. Police detained a 17-year-old resident of Be’er Sheva whose remand was extended by a judge after he confessed to writing the post during his interrogation.

“We will shout that we are here, that we deserve to be here. That we intend to stay. We are going out to march for the right to live in dignity, to be who we are, to be proud of who we are,” wrote the event organizers on the march’s Facebook page.

On Thursday, we will march for the first time in front of the entire city, marching proud of our public visibility, for justice and equality, against anti-LGBTQ violence in the periphery and everywhere, for acceptance for the LGBTQ community.

Daniel Beller is a journalist, blogger, and radio broadcaster based in Be’er Sheva. This post was originally published in Hebrew on Local Call, where he is a blogger.