The Palestine Papers themselves are not that interesting or revelatory. However, the way they have been paraded in the media in the mere 24 hours since their release is. If you take a look at the vast amounts of coverage, reactions and commentaries, they are all framed in the discourse of a simple power struggle. In this discourse, the Palestinian Authority is the loser and Israel is the all-mighty winner. After all, it is the one in the position to make the offers and has been for quite some time.

Regardless of how one interprets the papers, or Al Jazeera’s motive for releasing them, or the timing of it, it is clear that in the picture being painted by the cache of documents from 2008 negotiations, Israel is in the driver’s seat, making demands left and right as it changes facts on the ground and rejects the most gracious of concessions. The Palestinian Authority, on the other hand, comes off as the sucker, the weak, lacking leadership and will.

(Of course one could see Palestinians as being reasonable, practical and determined to reach statehood, and the Israelis as being disingenuous liars and bullies. But that is too understated and isn’t sensational enough for the media.)

Most Israelis are probably thinking that in the short term it may slightly hurt Israel’s standing with the US, but for the most part, are rejoicing in the assurance that their government is in control. Netanyahu has already provided a smug reaction to the leaks, using it as a way to substantiate his continued cleansing of Palestinians from Jerusalem.

In its first response to the expose, Netanyahu’s aides declared Monday that the “documents show that the Palestinian demand over the last year and a half to freeze construction in Jewish neighborhoods in East Jerusalem is ridiculous, since it is clear that they had already conceded the aforementioned neighborhoods in negotiations during Olmert’s tenure.”

So how should we understand Israel’s position of apparent power in this scheme? It seems to me that if one takes a step back from all the media frenzy about it, it is plain to see that Israel is in fact taking its power sorely for granted, and playing along with the media in its own demise. Its smug, self-righteous image and positioning will ultimately not work in its favor. 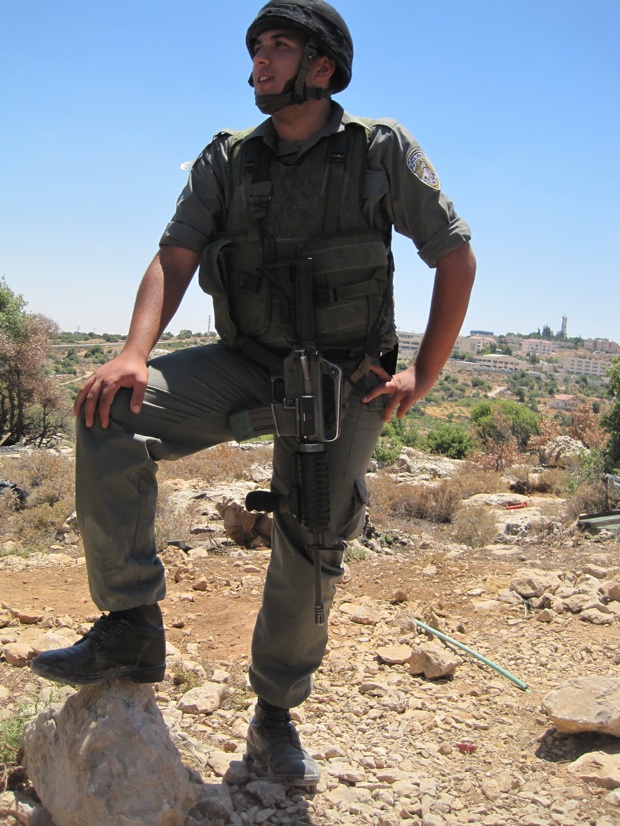 Israel has been in a position of control since 1967, when the tables and balance of power in the region turned, and has been able to determine facts on the ground largely unhindered for almost half a century. It has proven it can build glorious settlements such as Ma’ale Adumim and Ariel deep into the West Bank and hold steadfast to keeping them.

So what? What kind of longevity can such places have in the long-term if their existence hangs almost entirely on Israel’s position as a superpower in the region? Israel cannot maintain its military and political dominance forever. What happens when the tables turn again in another direction, due to whatever variety of possible factors?

Israel’s biggest mistake in its approach to the conflict with the Palestinians and the Arab world on a whole, is underestimating the mutable and transient of nature of its military and political might. Israel has been building and maintaining a nation-state on the basis of the upper hand it gained in a war, and not through the establishment of sustainable practices and institutions. After fighting for existence on the heels of a genocide, it should know very well that regimes rise and fall and that its situation cannot be sustained forever.

Countries cannot survive on power and force alone, but require legitimacy and acceptance to last.  In the game of international relations being revealed by the Palestine Papers, Israel’s megalomania will eventually backfire.