According to the Palestine News Network, Israeli forces have arrested a Palestinian farmer along with his wife and sister for “trespassing” on land that the man holds deeds to 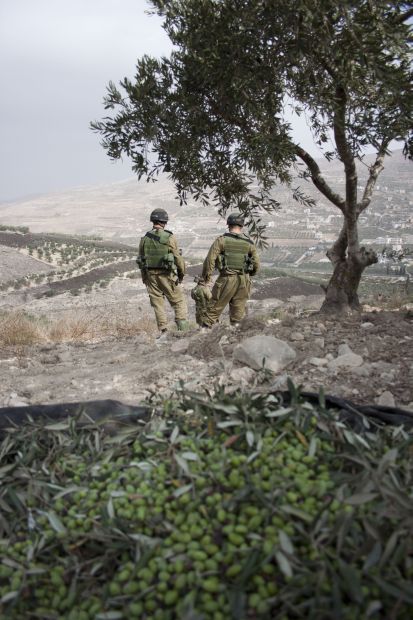 Nadia Matar, a Jewish resident of the Neve Daniel settlement, called Israeli forces after she saw Asaad and the two women, who hail from the neighboring village of Artas, tending to their olive trees. Matar claims that the trees are hers. Asaad, however, holds deeds to the property.

Awad Abu Sabi, spokesman of the Palestinian Ministry of Agriculture, told PNN that Matar and other settlers have damaged Asaad’s trees in the past. According to Abu Sabi, Matar has also set fire to Asaad’s home.

The arrest comes in the wake of a report, released by the United Nations Office for the Coordination of Humanitarian Affairs, stating that settler violence is on the rise. The same report also points to the complicity of Israeli forces:

Over 90% of monitored complaints regarding settler violence filed by Palestinians with the Israeli police in recent years have been closed without indictment.

Monday’s arrest serves as a reminder that Israeli forces are not only complicit with settler violence but that they often use “law enforcement” as a means of violence itself.