On the one hand it’s obvious the young man has just made my life easier by putting on the sticker for Jews. On the other hand, it’s one of the things that it’s hard to say thanks for. I mean, thank you for not considering me a terrorist any more? — Actress Mira Awad’s tale of Israeli airport security. 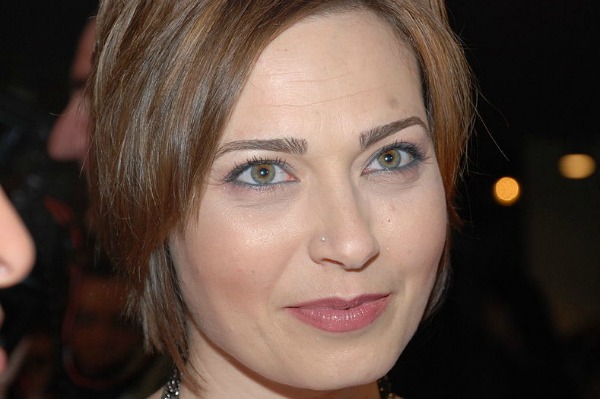 Palestinian Christian singer Mira Awad, a celebrity in Israel who has participated in the Eurovision, the Israeli version of “Dancing with the Stars” and is also known for her role in Sayed Kashua’s television sitcom “Arab Labor,” posted the following status on her Facebook page today:

So, I was checked at the airport, they asked the questions, put the stickers on, and I proceeded to the X-Ray machine. Suddenly, the young security man comes to me: “Mira? Mira Awad?”

Security man: “Can I see your passport? There’s a mistake with the sticker.”

I almost told him: “No, you’re not mistaken, I see you put the right one on — the sticker for Arabs”, but I didn’t say that (security people have their humor extracted during their preparatory course). I gave him my passport, he opens it, takes off the sticker in the passport and on the suitcase and puts on a new one, different, the same color but smaller.

Now the dilemma. On the one hand it’s obvious the young man has just made my life easier by putting on the sticker for Jews. On the other hand, it’s one of the things that it’s hard to say thanks for. I mean, thank you for not considering me a terrorist any more? Thanks that someone whispered to you, “it’s Mira Awad,” so the “Awad” isn’t scary anymore? Thanks for upgrading me to a Class A citizen? I turned into one of “ours,” or actually one of “yours.” A small sticker that carries with it such huge humiliation, and today even enfolds stupidity. Because since they cancelled the stickers with different colors, which we protested, they made new stickers with less recognizable differences to the inexperienced eye, and here they are embarrassing themselves with unaware patronizing like, “Let’s award you with the status of a privileged person!” — so you don’t say that we aren’t humane. By the way, it happend to me also last week, when a senior security man who wanted to “show off” (maybe you’ll say he wanted to joke around, but we’ve already concluded that he doesn’t know how to joke around, see earlier “extraction of humor”) and asked one of his employees to get me one of the “regular” stickers and then winked at me as he continued to speak him: “Can’t you see it’s Mira Awad?”

So, the conclusion is, if you’re Israeli and your name is Awad – you better be famous! If not, forget about the duty free! Yalla, I’m out of here. For now.