Hundreds of Palestinian citizens demonstrate across the country after Israeli authorities demolish 11 homes in the central Arab town of Qalansuwa. 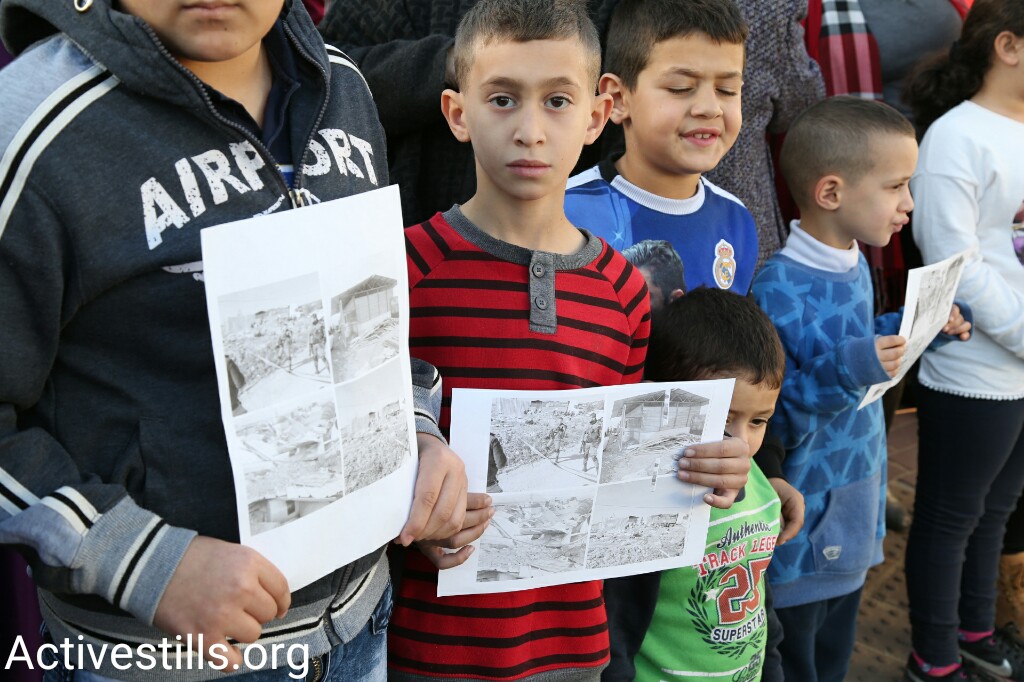 Arab youth demonstrate against the demolition of 11 homes by Israeli authorities in the Arab town of Qalansuwa, central Israel, January 11, 2017. (Keren Manor/Activestills.org)

Palestinian citizens of Israel called a one-day general strike on Wednesday to protest the demolition of 11 homes in the Arab town of Qalansuwa by Israeli authorities the previous day.

Businesses, schools, and local government offices were closed in Arab municipalities across the country Israel, with local activists announcing they would organize a march in the town on Friday against the demolitions.

The owners of the homes said they received notices two days before the demolitions and were not given enough time to respond through legal channels. According to the Finance Ministry, the buildings had been built in an area zoned for agriculture, and thus breached both regional and national master plans. Qalansuwa Mayor Abed al-Bassat Salameh resigned in the wake of the demolitions. 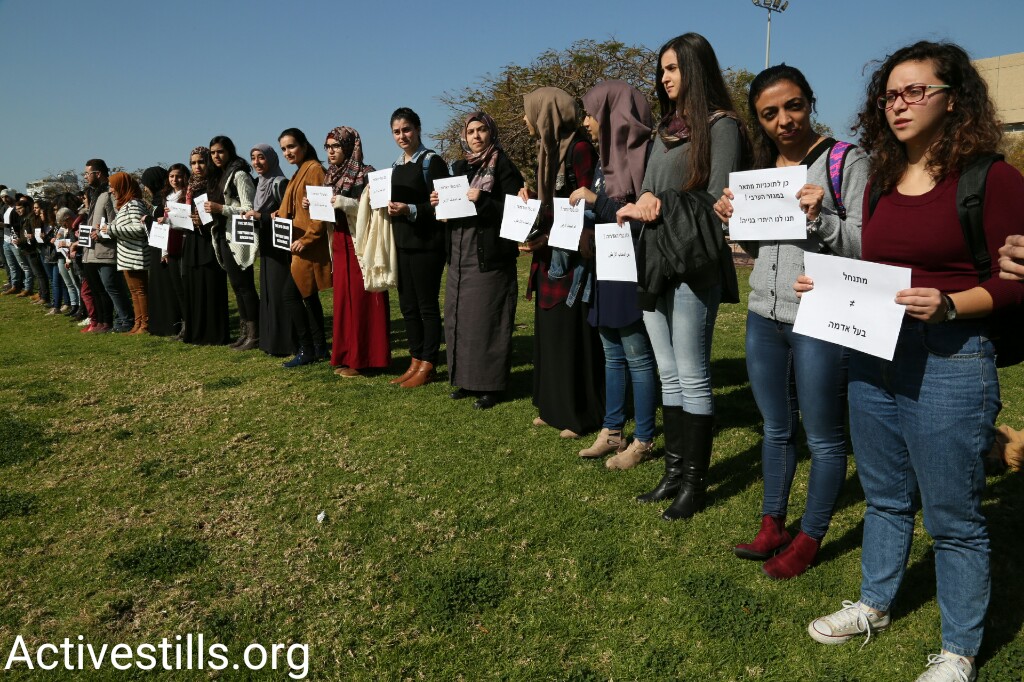 Dozens of students take part in a demonstration against the demolition of 11 homes in the Arab town of Qalansuwa, Tel Aviv University, January 11, 2017. (Keren Manor/Activestills.org)

Meanwhile hundreds participated in a giant demonstration at the entrance to Qalansuwa on Wednesday. After meeting with a local action committee, Joint List MK Dov Khenin said “it is painful to see these families whose homes were destroyed. These are houses that were built on private land — neither on land that belongs to anyone else, nor state land. Incitement against minorities is the last refuge of scoundrels. In Netanyahu’s case, it is clear that as investigations over his corruption increase, so do the demolitions against Arab citizens.”

MK Jamal Zahalka, also of the Joint List, called home demolitions a “declaration of war against Arab citizens.” Speaking to the protesters in Qalansuwa, Zahalka accused Netanyahu of “leading a campaign of incitement and destruction against our community, and trying to cover up his corruption under the cloak of over-patriotism. We are not interested in a confrontation, and have suggested dialogue as a solution to the problem. But the government sent bulldozers and left us no choice but to defend our homes with our bodies.” 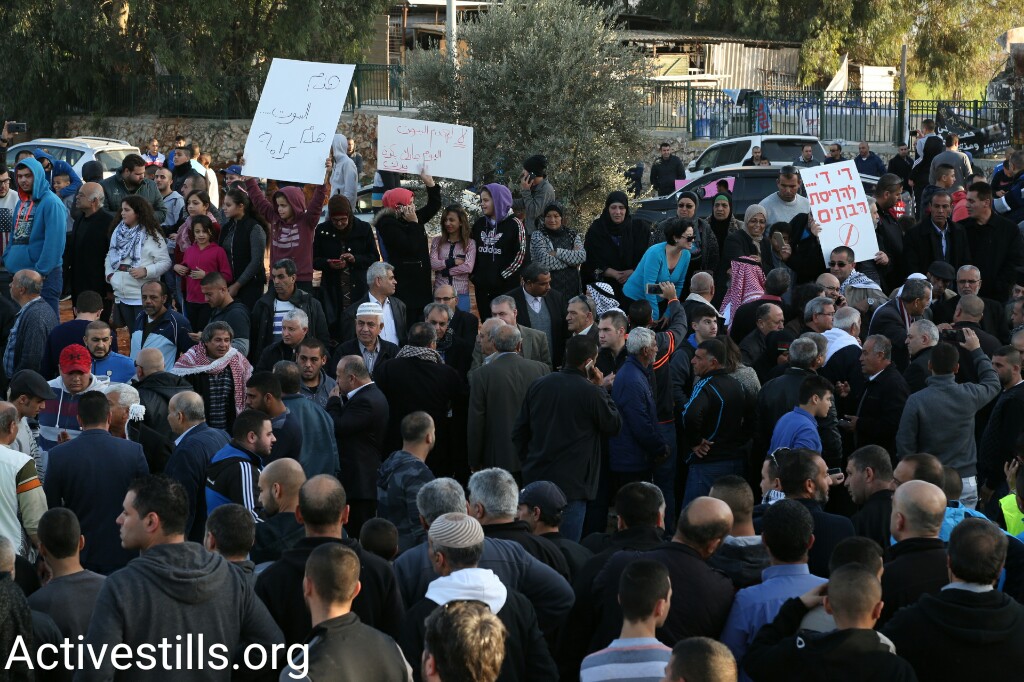 Hundreds of Palestinian citizens of Israel demonstrate against home demolitions in the central town of Qalansuwa, January 11, 2017. (Keren Manor/Activestills.org)

As Amjad Iraqi previously reported, out of over 40,000 construction tenders for new housing units published by the Israel Land Authority in 2014, only 1,844 units (4.6 percent) were in Palestinian towns. Out of 139 Palestinian localities included in Israel’s new national master plan, only 41 of them (29.4 percent) have been given updated plans. Palestinian couples still find that it can take years to acquire a building permit, making it difficult to secure a home by the time they start their new lives.

Palestinian citizens make up 20 percent of Israel’s population, yet their localities constitute only 3 to 3.5 percent of the state’s territory. No new Arab town has been built since Israel’s establishment, with the exception of seven impoverished townships in Israel’s south. In contrast, hundreds of urban and rural Jewish towns have rapidly proliferated and immediately received basic services – including settlements in the occupied territories.