The Sub Laban family has been living in the heart of Jerusalem’s Old City for over 60 years. Now, a right-wing settler group is trying to expel them, with the full support of the state. 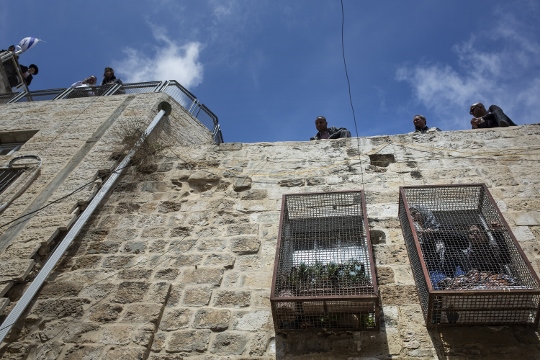 The State of Israel has been trying to expel the Sub Laban family from their home in the Muslim Quarter of the Old City of Jerusalem for the past 35 years. During the first 30 years of its attempts, it was the Custodian General who did the job; since 2010 it has been the “Ateret Cohanim” settler NGO. The family went through exhausting legal procedures until last year when the Jerusalem Magistrate’s Court ruled that the family had lost its protected tenant status, and must removed from the premises.

Despite the fact that family members appealed the decision to the District Court, it did not delay the order. In the past month, settlers have attempted to expel the family — at first by themselves, and eventually with police accompaniment. These two attempts failed, although the third attempt could take place any day. On Sunday, Palestinian and Israeli activists will hold a demonstration in support of the family.

One law for Jews, another for Arabs

Three generations of the Sub Laban live in the home. It was owned by Jews until 1948, after which the Jordanian custodian rented it to them in the 1950s. After 1967, the home came under the control of Israel’s General Custodian, which worked tirelessly to expel the family. Today, 80 Jewish families affiliated with Ateret Cohanim in the Muslim and Christian quarters of the Old City. All of them live in homes from which Palestinian tenants were previously evicted.

Eighty families, which means approximately 500 Jews. When 33,000 Palestinians live in both the Muslim and Christian quarters, there is no doubt that this will remain a Palestinian area in the future. The families of Ateret Cohanim, on the other hand, are backed by the state, which profoundly strengthens their presence: the guards are armed by the state, tourism projects are funded by the state, the violent Jerusalem Day march is supported by the state.

Here is just a small example of the way in which these settler groups try and mold state policy to strengthen their power. Two years ago, the Jerusalem Municipality was supposed to push for accepting a new master plan for the Old City. The goal of the plan was to — God forbid — make it easier to obtain building permits in the Old City. For a moment, it was possible to fantasize that 33,000 residents will finally be able to fix, renovate and even expand their apartments. It was incredible to sit in the discussion in city hall and watch Mati Dan from Ateret Cohanim arrive, flick his wrist and cancel the discussion faster than John Kerry can say “poof.” A week later, Mayor Nir Barkat set up a meeting between Dan and the city engineer, in which they put together the plan’s formal death certificate. In half an hour, Ateret Cohanim was able to throw away a plan that the municipality itself came up with — one that took years to finalize and on which public money was spent. 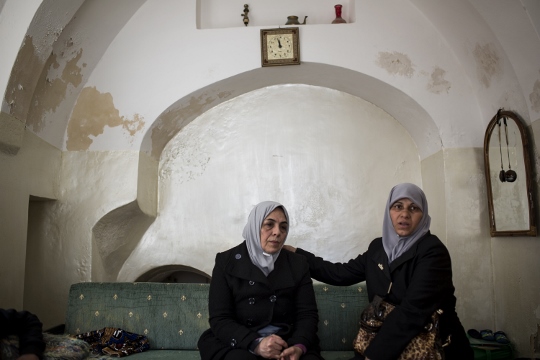 Everything, of course, begins with Israeli law, which allows for the transferring of Palestinian assets to political organizations, since they belonged to Jews until the 1948 war. At the same time, the law prevents Palestinian residents of East Jerusalem to reclaim their properties that were lost during the Nakba of ’48, and especially the homes in which Jews currently live.

Last Monday, Israeli and Palestinian activists went to the Sub Laban home in order to prevent a possible eviction. Due to our presence, the police agreed to wait and see whether the family’s lawyer will be able to get the court to delay the eviction. The fact that Meretz chair Zehava Galon was present — a day before the elections — was likely also a reason for the police backing down. The court, however, only delayed the eviction for one day. Instead of freezing the process until a court hearing against the eviction, which will take place in May, the imminent danger of eviction returned.

On Sunday, Jews and Palestinian activists will once again stand together against the expulsion. Israelis can only gain by joining the struggle to prevent the Sub Laban family from expulsion. By standing in front of policemen and settlers, we discover that we have power. We have psychological power as well as the power to fight against injustice. The solidarity of Palestinians and Jews who fight together creates a new reality that we want to see: one of justice, cooperation and freedom from violence and fear.

Aviv Tatarsky is a researcher for Ir Amim. This article was first published on +972′s Hebrew-language sister site, Local Call. Read it in Hebrew here.