According to the Christian Peacemaker Teams (CPT), Hana Abu Haikel has gone on hunger strike on behalf of her family to protest both settler violence and the Israeli army’s failure to stop settler attacks on Palestinians and their property. CPT reports that the Abu Haikel family has filed 500 complaints against settlers and have received no response from Israeli authorities. 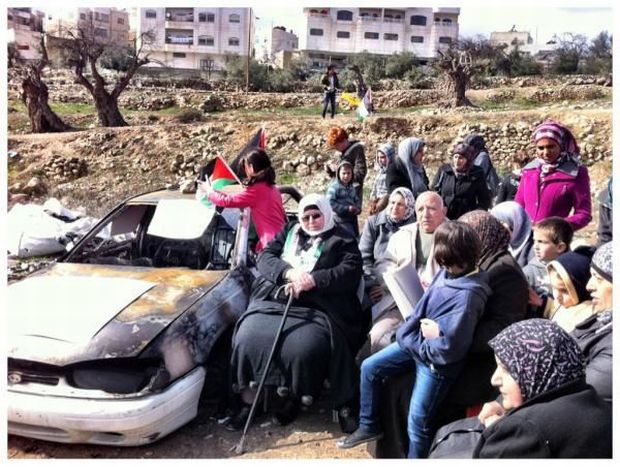 The Abu Haikel family, next to their car, which was burnt by settlers this weekend (photo: CPT)

Settlers pelted the Abu Haikel’s home in Hebron with stones this weekend and set fire to the family car. It was the eighth car the Abu Haikels have lost to settler violence.

The hunger strike began on Monday, January 16. The family has also decorated their ruined car with Palestinian flags and signs that read, “We are here not to upset, and not to make anyone happy… We are here because we are here…” 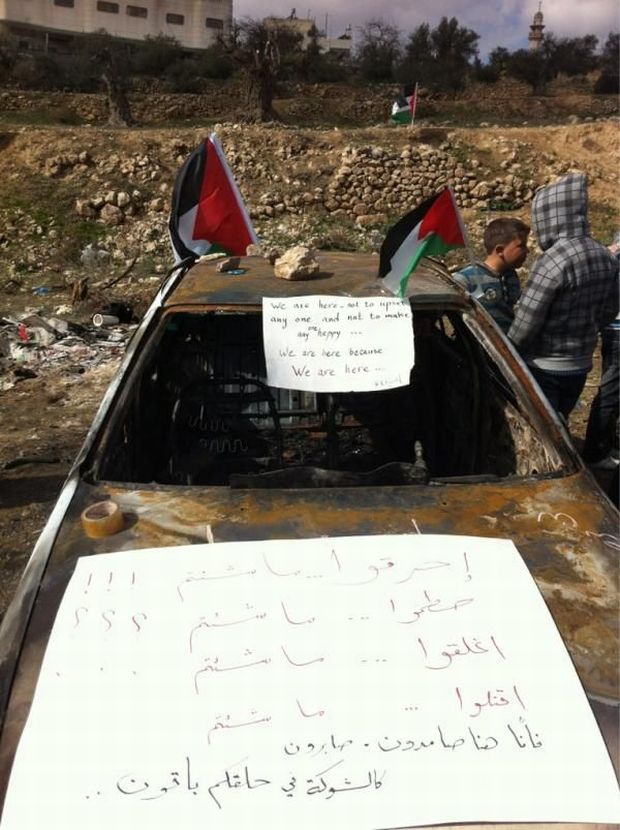 The Abu Haikel's car. It is the eighth car they have lost to settler violence. (photo: CPT)

The Abu Haikel family has been confronted with a wide variety of settler harrassment and attacks. Settlers have cut their fence and entered their garden; damaged their home with pipes at night; and have burned their olive trees.

The CPT maintains a presence in Hebron and, among other activities, monitors the Israeli army’s treatment of Palestinians.