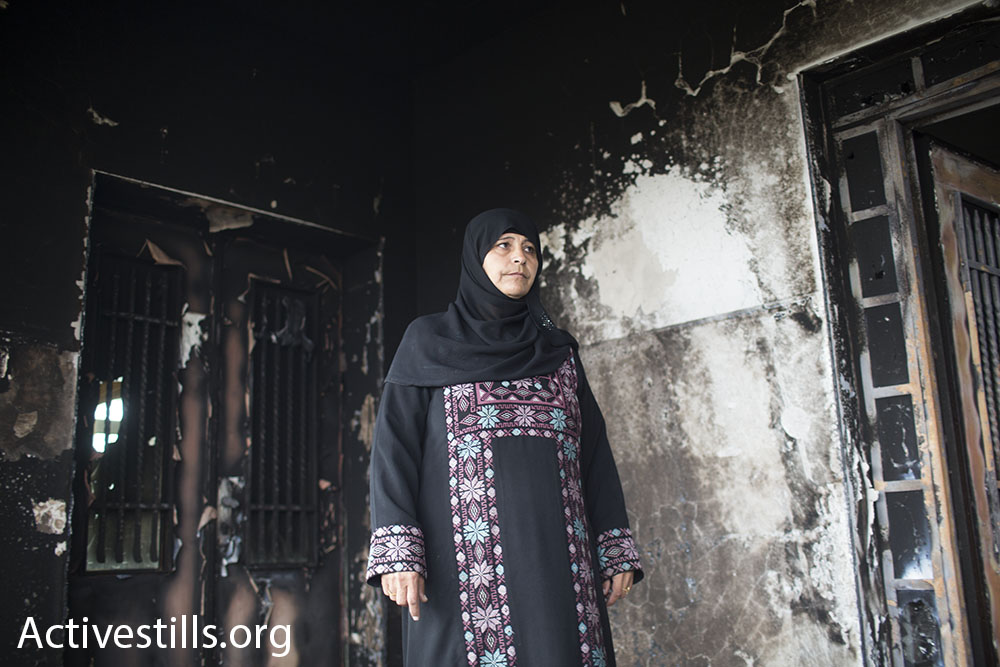 Residents of Khirbet Abu Falah, near Ramallah, reported Sunday morning that settlers set a house in their village on fire, while 50-year-old Huda Abu Ghani was inside. No one was injured, although the building sustained heavy damaged. The phrases, “we will get revenge,” “price tag” and “death to Arabs” were found spray painted on the walls of the house. 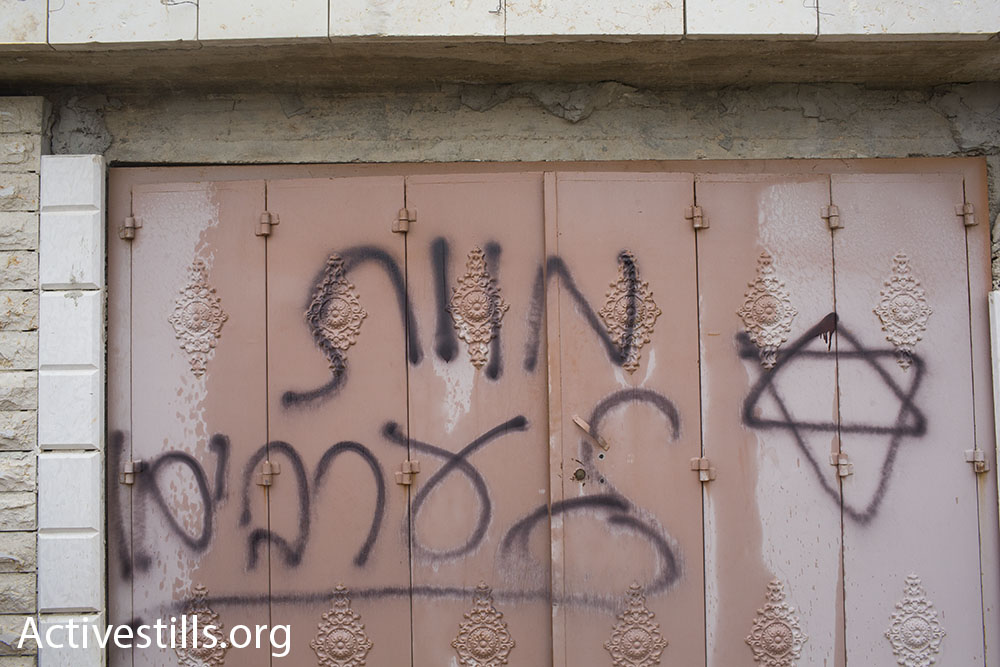 The attackers spray painted “death to Arabs” on the outer walls of the house, November 23, 2014. (photo: Oren Ziv/Activestills.org)

At approximately 3 a.m. Abu Ghani woke up to the sound of someone trying to break into her house. She then heard voices outside speaking in Hebrew, followed by the shattering of windows. After a failed attempt at breaking in, the attackers allegedly spilled flammable liquid and lit the house on fire. 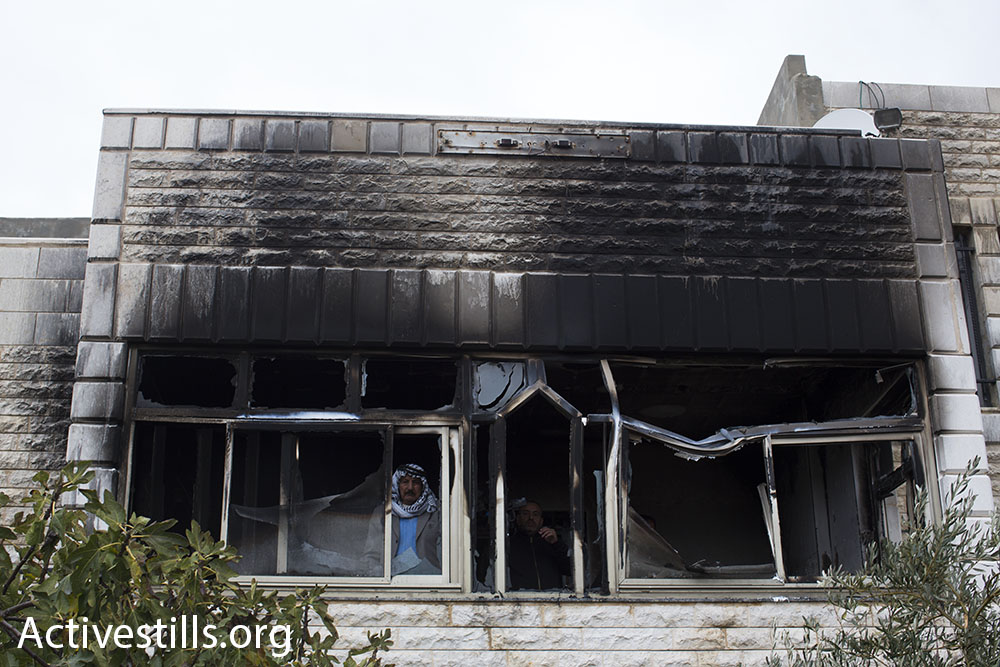 The home that was burned in Khirbet Abu Falah, north of Ramallah, November 23, 2014 (photo: Oren Ziv/Activestills.org)