It took Israeli authorities weeks to even tell Muhammad Al-Qiq why he is being imprisoned without charge or trial — ‘incitement.’ He has been on hunger strike for 32 days. 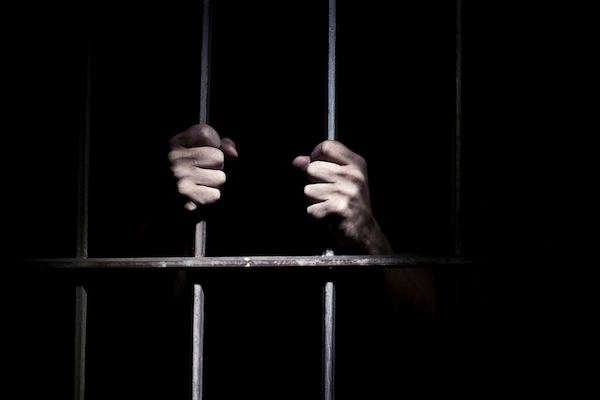 Palestinian journalist Muhammad al-Qiq, 33 from the Hebron area, has been on hunger strike for 32 days — since Israeli forces arrested from his home without explanation last month. Al-Qiq, a reporter who works for Saudi news station Almajd, was transferred to the medical center at Ramle Prison early last week.

Immediately after his arrest, al-Qiq was taken in for interrogation at Israel’s Kishon (Jalame) detention center, where he was not allowed to make contact with either his wife or his attorney for many days, his lawyer said through the Palestinian Prisoners Club (PPC).

Four days after his arrest, during which the authorities refused to provide a reason for his detention, al-Qiq began a hunger strike, according to the PPC. His attorney, Salah Ayoub, has submitted a complaint to the Israel Prison Service detailing violence allegedly used against al-Qiq during the interrogation, and demanding to know why he wasn’t notified that his client had launched a hunger strike.

Al-Qiq was not permitted to meeting with his attorney for a weeks, and only after three weeks was Ayoub notified that his client was being interrogated for “incitement.” Due to the lack of evidence, his attorney was informed, interrogators threatened al-Qid with extended imprisonment under administrative detention. That threat became reality this week: authorities placed al-Qiq in administrative detention for a period of six months, which can be renewed indefitinely.

Al-Qiq has been held in solitary confinement, according to the prisoner advocacy group. He was only transfered to the medical facility at Ramle Prison after authorities believed his hunger strike had became life threatening. Al-Qiq’s hunger strike follows the Irish model, which means drinking only water without any additives or salts.

According to the World Medical Association, after 18 days, a hunger striker will have lost much of his body weight, will suffer from dizziness, will begin to feel faint, and may suffer from shakiness, unsteady gait, and a slowed heart beat. After day 35, the situation gets far worse.

The Shin Bet claims that al-Qiq is a member of Hamas who was previously jailed several times due to his activities in the organization. His current arrest, according to the Shin Bet, came following “founded suspicions of involvement in terror activities with Hamas.” Even before he was placed in administrative detention, the Shin Bet told +972’s Hebrew sister site, Local Call, that “since he cannot be given a criminal trial, considering the intelligence on him, and considering the danger that would posed to the region should he be released, the options for imprisoning him in administrative detention will be examined.”

Last Thursday, 25 Palestinian prisoners held in the IDF-run Etzion Facility went on hunger strike. They are protesting against the conditions in the facility: inedible food, the cold, and the lack of blankets. A similar hunger strike took place two weeks ago by seven prisoners in the Shomron Facility, which is also run by the army. The strike lasted for several days before the hunger striking prisoners were taken to different prisons run by the Israel Prison Service.

A Jordanian national, Abdullah Abu Jaber, is also on hunger strike in Israeli prison. Abu Jaber was imprisoned after being convicted of involvement in an attack on Bus 51 in Tel Aviv, which wounded 14 people, in 2000. He was sentenced to 20 years, of which he has served 15. Abu Jaber is demanding that he be allowed to continue serving his sentence in a Jordanian prison, and began a hunger strike 48 days ago. He was transferred to a civilian hospital last week.

Yael Marom is Just Vision’s public engagement manager in Israel and a co-editor of Local Call. Noam Rotem Noam Rotem is an Israeli activist, high-tech executive and author of the blog o139.org, subtitled “Godwin doesn’t live here any more.” A version of this article was first published in Hebrew on Local Call, where both are bloggers. Read it here.