UNITED NATIONS — A few minutes after President Mahmoud Abbas received a standing ovation from the General Assembly, Palestinian official Mohammad Shtayyeh entered the media centre and gave an impromptu press conference. Speaking forcefully, he said that the Palestinian delegation had not come to the UN to bluff or play a game. 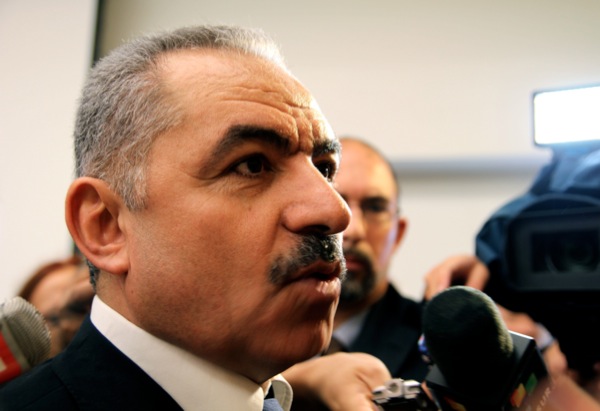 Asked if the Palestinians had enough votes, Dr. Shtayyeh answered that the Palestinians knew there was a lot of pressure on nine key countries to abstain, but that each one – including Gabon, which Israel has been courting – had assured him that morning of their support. He added, ‘China explicitly stated that it would vote “yes.”‘

Asked about President Obama’s speech, Dr. Shtayyeh said, “You cannot be for the liberation of Yemen and Syria, and then skip a line when it comes to Palestine.”

On Israel’s reaction to the Palestinian delegation’s bid for statehood, he said, “Israel’s threats are empty. It can only keep, or steal, our tax revenues. That will merely serve to undermine the security arrangements we keep in place for their benefit [ie, by witholding tax money used to pay Palestinian security forces], and Israel knows that.”

“And if Israel wants to cancel the Oslo Accords, well, all that’s left of Oslo is Palestinian Areas A and B. If Israel wants that, they can have it.”