Ayman Nasser, a researcher for the Palestinian prisoners’ rights NGO Addameer, has himself become a detainee in an Israeli prison, having been charged with several counts of membership in an illegal organization and of partaking in illegal assembly. According to Physicians for Human Rights, he has been tortured during his 39-day-long interrogation.

Nasser, 42, was arrested on October 15 in a nighttime raid by armed soldiers and attack dogs on his house in the village of Saffa in the Ramallah district. According to Physicians for Human Rights, Nasser was taken into custody after a prolonged search in his house and a brief interrogation, during which his wife and four children were held at gunpoint in a different room.

His interrogation by Shin Bet agents went on for 39 days, with sessions lasting up to 20 hours a day, all through which Nasser had his hands tied to the back of the chair and his legs tied to the legs of the chair. Nasser later reported to his lawyers that throughout this period he was held in isolation, he did not receive sufficient medical care for his pain nor for the lapses of disorientation from which he suffered. PHR has so far not been allowed to send an independent doctor to examine Nasser.

About a week ago, the military prosecution filed an indictment with fairly mild accusations against Nasser. The main charge was his alleged membership in the Popular Front for the Liberation of Palestine (PFLP), which is considered an illegal organization by Israel. Evidence for this membership is derived from the other four charges, which state that Nasser allegedly assisted in organizing and participating in two “illegal” PFLP rallies in Ramallah, one in support of Palestinian prisoners, and the other in memory of former PFLP leader, Abu-Ali Mustafa, assassinated by Israel in 2001.

Nasser, who works as a researcher for Addameer, rejects accusations of membership in the PFLP, stating that he had no part in the Mustafa rally. He confirmed his participation in the Palestinian Prisoners’ Day rally – which was not a PFLP event but rather a national day of protest and solidarity and has been for quite some time. This year’s rally took place in the midst of a prolonged hunger strike of administrative detainees in Israeli prisons, and marked the start of a new collective hunger strike of more than 1,000 prisoners. Nasser called for all factions of Palestinian society take part in the prisoners’ day. 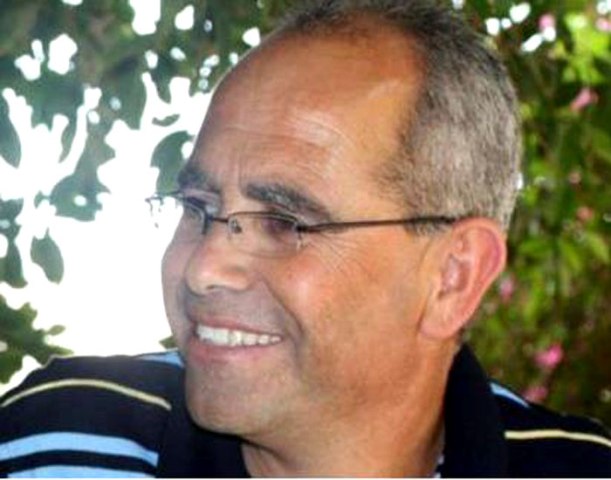 “The evidence the army has really amounts to nothing,” says Nasser’s attorney Mahmud Hassan. “They have but two main witnesses. One admits to having taken part in planning the Abu Ali Mustafa event, and only says that he consulted Ayman on his planned speech at the rally, which Ayman told him was too extreme. The second witness says he told Ayman about a planned shooting attack (on Israelis, H.M.), for which Ayman yelled at him and told him he mustn’t go through with it.

“This is all they have after a long investigation, when for weeks they got the detention warrant prolonged solely on their statement that they suspected him of armed resistance – even though there is not a shred of evidence of anything like that in the file, and the indictment we now see has no mention of it. So yes, he did participate in the Prisoners’ Day rally, but that is an official national and public event, and who better to go there than a worker from Addammeer?”

In the passing weeks, Addameer and PHR have voiced their concerns that Nasser’s arrest is an assault on human rights defenders, in blatant disregard for international treaties. The two NGOs have for the past year been leading campaigns in support of Palestinian prisoners such as Ayman Sharawni – who is now on the 153rd day of his hunger strike – in the face of multiple hunger strikes within Israeli prisons.

“Ayman is a colleague of ours,” says Amani Dayef from PHR, “perhaps it is easier to pick on an NGO in the West Bank than it is on an Israeli NGO, but it is still an attempt to hinder the struggle for prisoners’ rights. As in other cases, we see how part of the interrogation process is to isolate a detainee from all outside contact, including physicians, and even at the cost of lesser medical care. We plan to file an appeal and demand to allow an outside doctor to see him.”

Nasser’s lawyer has filed an appeal against the latest resolution by the military court to prolong his detention until the end of proceedings. The appeal will be heard on December 17.

The IDF spokesperson unit has directed all questions regarding Nasser to the Shin Bet security service (Shabak), which issued the following response: “Ayman Nasser has been arrested on suspicion of activity within the PFLP. During his interrogation his was examined several times by a physician who found his medical condition allows for further interrogation. Medical instructions given by the examining doctor were followed to the full.

“Nasser’s claims regarding torture have no grounds to stand on! His interrogation was carried in accordance with the law, and he received all the rights which he deserves.

“Following the end of his interrogation Nasser, was and charged with membership in the terrorist organization PFLP, which is an illegal organization, and with offering this organization services and partaking in its rallies. The military court has ordered his detention until the end of legal proceedings.”