Mahmoud Katusa, who was falsely accused of raping a 7-year-old Jewish girl, fell victim to a press and a public atmosphere that views Palestinians as guilty until proven innocent. 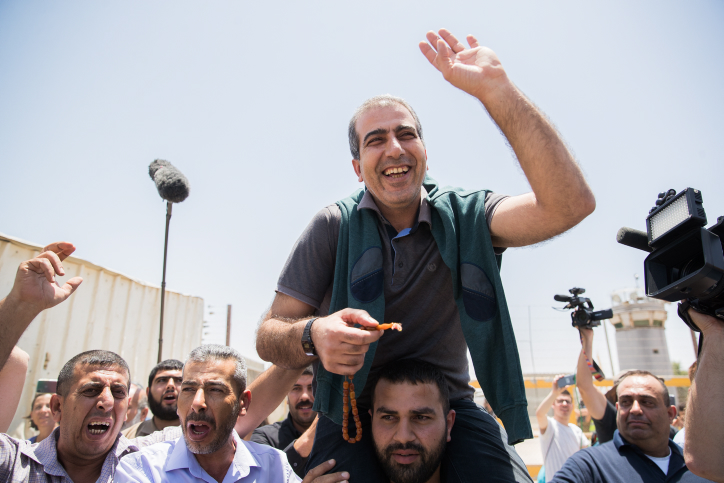 Mahmoud Katusa, seen after his release from Israeli prison, at the Beitunia crossing, near the West Bank city of Ramallah, June 25, 2019. (Yonatan Sindel/Flash90)

In order to understand the false allegations against Mahmoud Katusa, a Palestinian man from the West Bank who was wrongfully accused of raping a 7-year-old Jewish girl, one should listen to what Dr. Suzy Ben Baruch, the former head of the Israel Police Juvenile Department, told Army Radio last week.

Speaking on an evening show, Ben Baruch firmly stated that Katusa’s was “the perfect case.” The victim’s “early acquaintance with the rapist,” and that he was speedily identified were “sound evidence for filing an indictment. And that’s what we have in this case.”

Co-host Yaakov Berdugo tried to understand Ben Baruch’s diagnosis, repeatedly asking her about how she came to this particular conclusion. Ben Baruch responded resolutely: “If the prosecution had doubts about its ability to prove the accusation, it would not have filed an indictment.”

Army Radio was not the only outlet to host Ben Baruch and make room for her insights. That same night she was also interviewed by several other outlets, and in the following days, her opinion could be found everywhere in the media. The impression she left was incontrovertible: Katusa is the rapist, and the Military Advocate General and the police have solid evidence to prosecute him.

On Tuesday morning, shortly after the police and the MAG withdrew the indictment against Katusa, Ben Baruch’s conclusions now speak for themselves. The irony is clear as day, and perhaps it is symbolic that someone previously tasked with investigating cases of sexual abuse of minors failed so disgracefully.

The behavior of the police and the MAG in this case not only reflects an inexcusable professional clumsiness; it mainly shows the kind of racist mindset that is poisoning Israeli society — including, woefully, the branch entrusted with enforcing the law. The state authority whose role it is to protect the public from injustice, to implement the very principles of justice rather than divert or distort it, is infected by a disease that all state institutions must be safeguarded against.

The rape attributed to Katusa took place in an ultra-Orthodox settlement in the West Bank that has limited contact with state authorities, including the police. It is a place where the rabbi has far greater authority than the local police commander. As expected, the news of the rape initially remained within the family, after which it spread to her school, and only later reached Israeli authorities. The police station located inside the settlement is influenced by the public mood, comporting itself to the expectations of its residents. That same goes for the school and its administration. They are part of the community and its lifestyle.

These circumstances, which exist in other communities across the country, meant there was a higher likelihood of failing to properly take care of the girl’s complaint. The settlement is also influenced by the hostile relations between the settlers and their Palestinian neighbors, as well as incitement, terrorism, and “price tag” attacks.

The prejudices, anxieties, and growing hatred that inform relations between Jews and Palestinians can be seen in the daily contact between the two — all the more so in cases of extreme violence. All of this was evident in the way the rape case unfolded, yet these circumstances were not sufficiently considered at the right time by either the investigative authorities or the media, which influences said authorities.

The first lawyer who made the media rounds following the indictment was attorney Haim Bleicher of Honenu, a legal aid organization with Kahanist leanings. Honenu has previously offered its services to right-wing terrorists such as Ami Popper, the killers of 16-year-old Muhammad Abu Khdeir, and Yigal Amir, who assassinated Prime Minister Yitzhak Rabin. Bleicher represented the 7-year-old girl and her family. 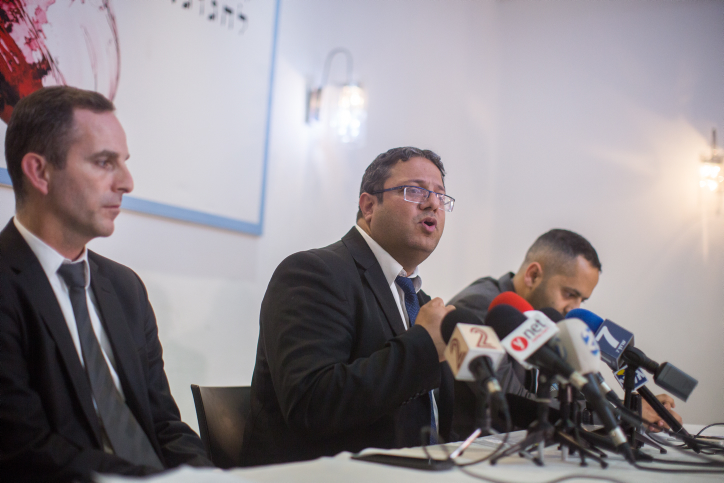 Attorneys belonging to the far-right Honenu organization give a press conference regarding the conditions of the Jewish youth arrested in the Duma terror attack, Jerusalem, December 17, 2015. (Yonatan Sindel/Flash90)

On her radio show, journalist Ayala Hasson asked Bleicher whether he thinks the rape was a deliberate attack on Jewish Israelis, to which the attorney responded:

When I heard about the incident I thought it was just another case of pedophilia. The moment I understood that the incident included additional adults who looked on and humiliated the girl, I understood that this case has no precedent. We’re not talking about everyone looking on as the act is carried out on an adult woman, but rather pure hatred. If they do not suffer from pedophilia, then the only reason they could be going along with the rapist is because she is Jewish and thus they can do anything they want to her. I do not know of a single human being who could look on in the face of such an incident without stopping it.

Hasson asked Bleicher whether he or the girl’s family expects additional suspects to be arrested. “We expect all those who participated to be arrested, since in our view they are a ticking bomb,” Bleicher responded. “People who can stand there and go along with this kind of thing cannot be trusted… from the nature of the incident it is quite clear that this is not the only case. Their conduct was systematic and professional.”

The interview with Hasson should give us pause. The defendant’s attorney was not invited to the interview (in fact, at the time Bleicher spoke on the radio, the defendant was not yet assigned an attorney, nor was his name known) while the family’s lawyer was. Why does the family need an attorney? It is unclear. Yet Hasson jumped on the opportunity and gave platform to the kind of wholesale racism that seeks to paint all Palestinians as child predators waiting to pounce on young Jewish girls.

Hasson’s interview colored the way most of Israel’s other media outlets covered the story, which portrayed Katusa as a cruel rapist. Only Channel 13 and the Israeli Public Broadcasting Company began raising questions about the validity of the police’s evidence and the professionalism of the investigators and prosecutors.

There is no need to go into great detail about the kind of racism we saw exuding from Israeli politicians — beginning with Prime Minister Netanyahu himself — as well as right-wing social media and the print media. Put simply, it was a terrifying spectacle that saw countless Israelis get swept up in a prejudice that views Palestinians as devils lying in wait for any and every Israeli. Now that the indictment has been rescinded, these racists must consider the hatred that flows in their blood and dictates their thinking and their actions.

The dominant tone among the Jewish public in Israel toward Palestinians, and especially the attitude of its leaders (and, unfortunately, of its civil servants) is not unlike that of the white establishment toward African Americans in the United States. Over there, they cannot rid themselves of this curse, even years after they recognized its existence and pledged to uproot it. Here, they deny it even exists in the first place.

A week ago, “The Seventh Eye” recommended the media consider the possibility that the police version of the incident may not reflect reality. Today it should take a hard look in the mirror and not forget the obvious question: who is the actual rapist?

Uzi Benziman is the founder and former editor-in-chief- of The Seventh Eye, where this article was first published in Hebrew. Read it here.