Clashes between Palestinian youths and Israeli police broke out Wednesday morning when news broke of a suspected kidnapping and murder of a Palestinian teenager in the East Jerusalem neighborhood of Beit Hanina hours earlier. Speculation that the killing was a nationalistically motivated and perpetrated by Jewish Israelis as revenge for the kidnapping and murder of three Israeli teenagers in the West Bank appeared almost immediately in nearly every Israeli media outlet. Police initially urged caution, saying that no motive had been established, but later said they estimated it was a “nationalistic” crime.

Muhammad Hussein Abu Khdeir was walking to morning prayers for Ramadan after 3 a.m. Wednesday morning when a car pulled up and a number of passengers forced him in. Police later found his burned body in a Jerusalem-area forest. A gag order covered other details of the investigation. The family reportedly agreed to an autopsy and the funeral was scheduled for Thursday. 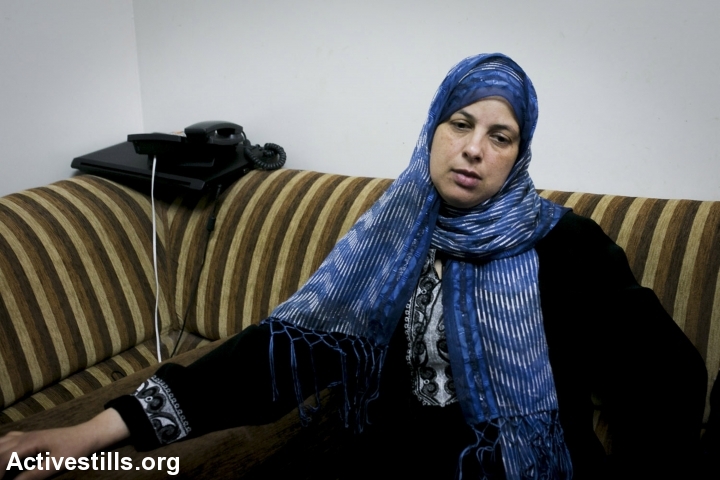 U.S. Secretary of State John Kerry on Wednesday condemned the “despicable and senseless abduction and murder,” adding, “[t]here are no words to convey adequately our condolences to the Palestinian people.”

“Those who undertake acts of vengeance only destabilize an already explosive and emotional situation,” Kerry continued. “We look to both the Government of Israel and the Palestinian Authority to take all necessary steps to prevent acts of violence and bring their perpetrators to justice.”

The Israeli Prime Minister’s Office published a readout from a conversation Prime Minister Netanyahu had with Public Security Minister Yitzhak Aharonovitch, in which he asked police to work quickly to investigate “work as quickly as possible in order to investigate who is behind the reprehensible murder and what the motive was.” The written statement added that “the prime minister calls on all sides not to take the law into their own hands.”

The uncle of one of the murdered Israeli teens said that if there the Palestinian teen was killed as a nationalistically motivated crime or revenge, it would be horrendous. “There is no difference between [Arab] blood and [Jewish] blood.”

In the two days since Israeli troops found the bodies of the kidnapped teenagers, incitement and calls for revenge have been rampant. Defense Minister Moshe Ya’alon spoke of “settling the score,” Prime Minister Netanyahu called the murderers “human animals” and others called for swift action against Hamas and the Palestinians.

Hundreds of Jewish Israelis, many of them teenagers, marched through the streets of West and East Jerusalem for hours Tuesday night chanting “death to Arabs” and physically assaulting at least five Palestinians along the way. Police also reportedly prevented attacks against a number of Palestinians. Police arrested 50. (Watch video here.) 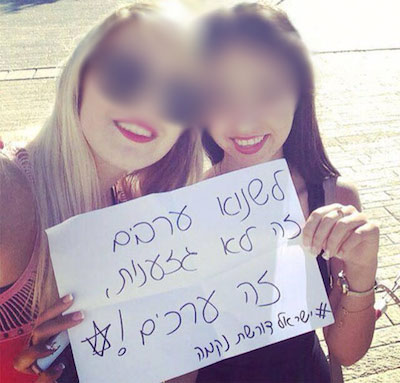 A Facebook group established Monday night, called “The people of Israel demand revenge,” garnered over 37,000 “likes” by Wednesday afternoon. Followers of the page posted photos of themselves holding signs or with writing on their skin with messages inspired by the name of the Facebook page. A number of the posters appeared to be active duty soldiers, some of whom framed their signs with insignia, military gear and weapons.

Dozens of Palestinians were wounded in the clashes in East Jerusalem on Wednesday, with Ma’an reporting that 17 required hospitalization. Five police officers were reportedly wounded, and at least four journalists were shot with sponge-tipped bullets by police. Among those shot were two journalists from Palestine TV and two Activestills photographers. Activestills photojournalist Tali Mayer, who also works for Walla! News, was shot in the face and will have to undergo surgery.

The demonstrators damaged a number of light-rail stations and maintained a standoff with riot police in the Shuafat and Beit Hanina neighborhoods of East Jerusalem. Police shut down the main roads running through the area, which are also the main arteries connecting Jerusalem and Ramallah. 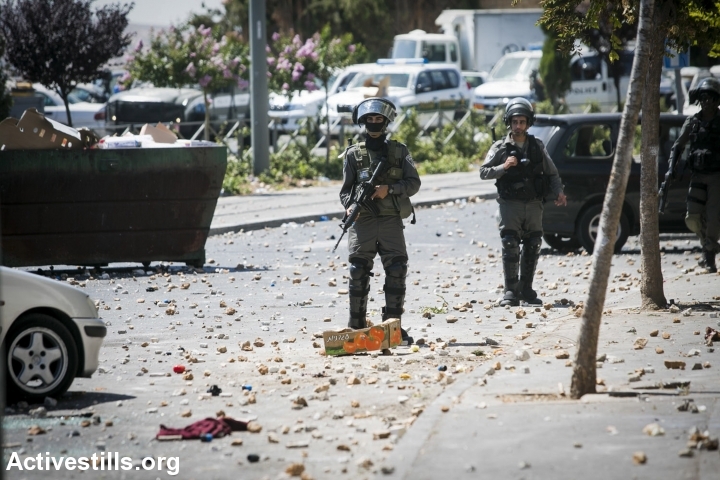 Israeli forces seen during a protest following the suspected kidnapping and murder of a Palestinian teenager, East Jerusalem, July 2, 2014. (Photo by Yotam Ronen/Activestills.org) 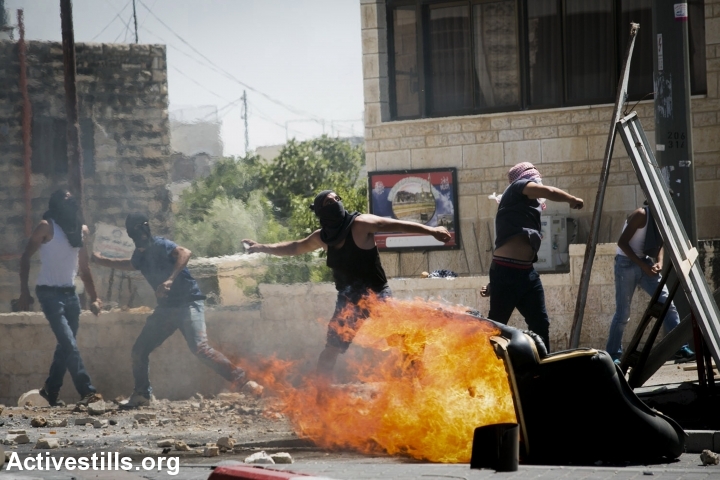 Palestinian youths clash with Israeli forces during a protest following the suspected kidnapping and murder of a Palestinian teenager, East Jerusalem, July 2, 2014. (Photo by Yotam Ronen/Activestills.org) 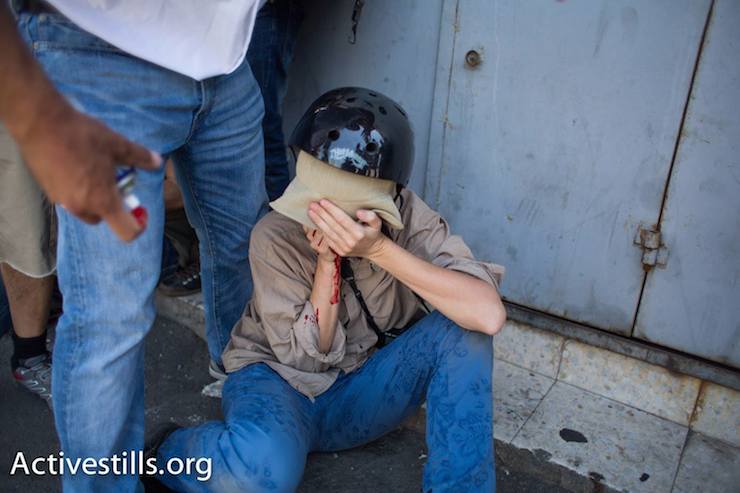 Activestills photographer Tali Mayer after being shot in the face with what is believed to be a sponge-tipped bullet fired by Israeli police. She was evacuated to a local hospital for treatment, July 2, 2014. (Photo: Activestills.org)