For the first time in years, a group of Palestinian women was able to reach the Nabi Saleh spring, which was taken over long ago by settlers. The women vowed to return, hoping to hold on to the spring. 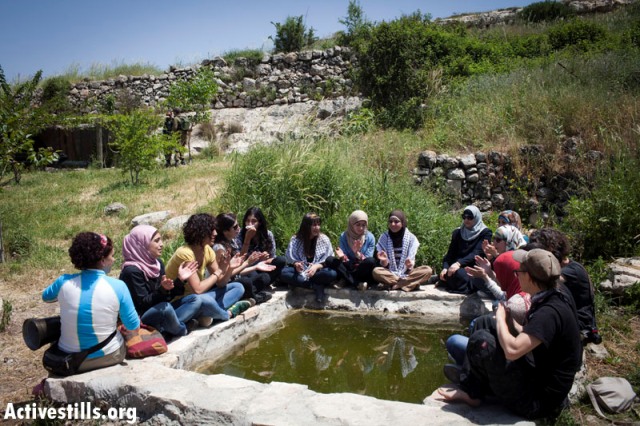 Every Friday for the past three years or so, Nabi Saleh residents, along with Israeli and international supporters, have been demonstrating against the theft of their lands by settlers from the nearby settlement of Halamish. At the focus of the struggle is the attempt to reach the Al-Kous spring, which was taken over by settlers in recent years. Week after week, demonstrators march toward the spring, but are stopped by soldiers who disperse them with tear gas (sometimes aimed directly at protestors and once resulting on the death of a Nabi Saleh resident) with “skunk” water, severe beatings, arrests and more. 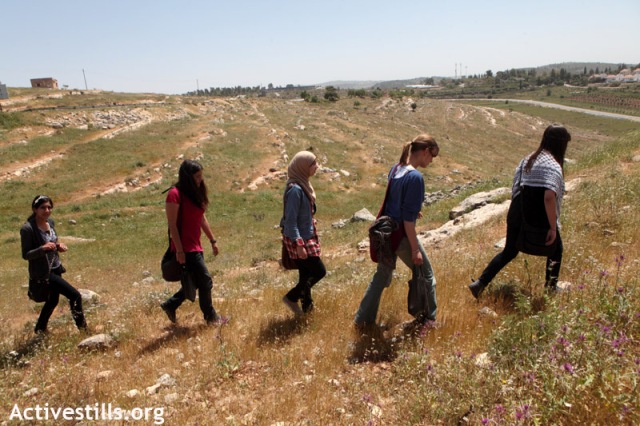 On Sunday, for the first time in years, a group of roughly 30 Palestinian women was able to make it to the spring. The group was made up of local women, who were joined by activists from other villages, and supporters from Ramallah and Jerusalem. Soldiers and settlers who arrived at the scene did not stop the women from picnicking around the spring. After a few hours, the group left, vowing to return. 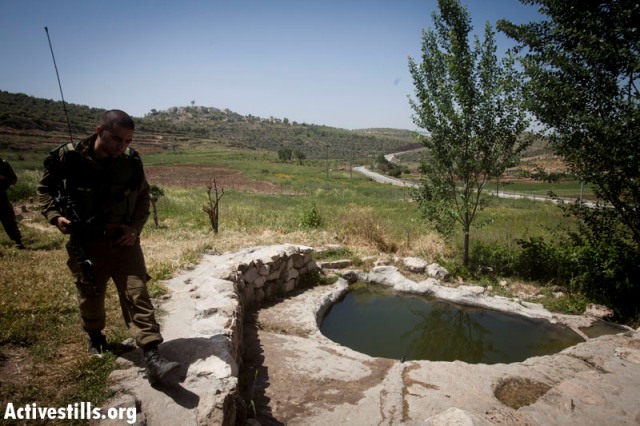 “The point of this direct action was to reclaim what the settlers have stolen from the village of Nabi Saleh,” says Irene Nasser. “Many of the women were very excited about being able to reach this beautiful place, after dozens of demonstrations during which they were barred from going there. The uniqueness of the action was also in that it was about women taking the popular struggle into their own hands and leading it together.” 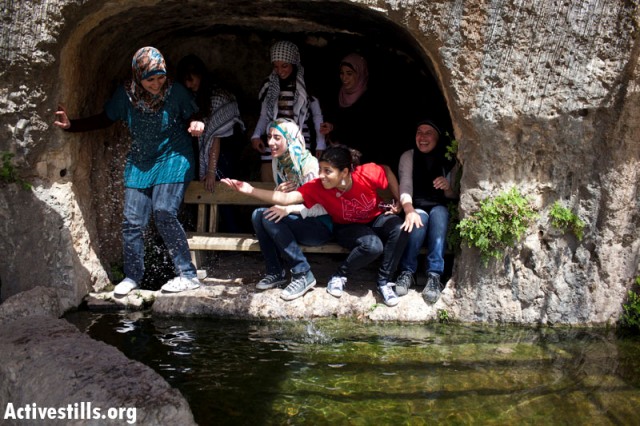 Nasser believes that the soldiers did not react this time both due to the fact that they were facing a women-only group, and as a result of the Shalom Eisner story – in which an officer was caught on video beating a Danish peace activist – and the trauma it caused in the army’s ranks. In the coming weeks, the women plan to organize more direct actions, both in Nabi Saleh and elsewhere, in order to both challenge the army and empower the women taking part in the struggle. 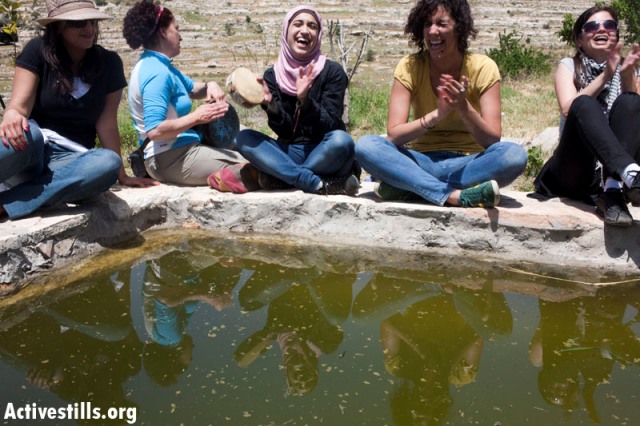