+972 speaks with Yudith Oppenheimer, executive director of Israeli NGO Ir Amim, about the possibility of two national capitals in a shared Jerusalem and how the city should or could be divided between Israelis and Palestinians. 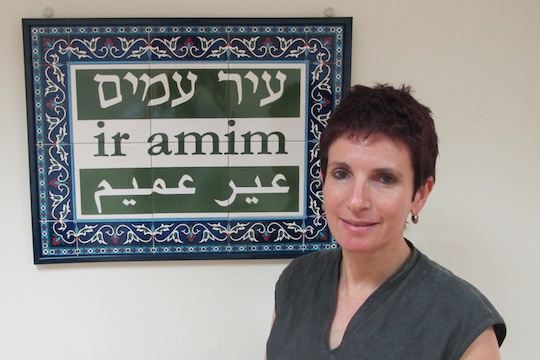 Sitting in her West Jerusalem office, above the traffic on King George Street, Yudith Oppenheimer, 52, remembers the Jerusalem of her youth, a city physically divided. She recalls taking the bus to school each morning, going up King Solomon Road before turning toward Jaffa Road.

“I remember the bus making the turn around this curve, and the wall. A concrete wall separating the side where I was sitting on the bus and the other side, the other Jerusalem, Jordanian Jerusalem,” she says.

Oppenheimer grew up in Jerusalem in the late 1960s and 70s, after she moved from a kibbutz with her Orthodox family when she was six years old. Today, she is the executive director of the Israeli NGO Ir Amim, an organization whose mission is to “change the Israeli discourse on Jerusalem,” Oppenheimer explains. The goal of Ir Amim, which means “City of Peoples” or “City of Nations” in Hebrew, is to create the conditions for a political compromise for Jerusalem that would allow for a resolution of the Israeli-Palestinian conflict.

How have the political realities of Jerusalem changed since Ir Amim was founded in 2004?

In terms of government construction, not so much has changed, but what we are seeing in the past year and a half or so is the realization of long-pending construction plans. The effect of the recent approval of the Givat HaMatos neighborhood, and construction underway of Har Homa C, which expands Har Homa to the east and south, is the sealing off of Jerusalem’s southern perimeter, which will not allow for the necessary contiguity between the Bethlehem area and East Jerusalem, and will not allow East Jerusalem to function as a viable capital for the entire West Bank and Gaza.

Another major development is the settlements inside Palestinian neighborhoods in and around the historical basin of Jerusalem, the construction of national parks that impose a very strict, nationalist Jewish narrative and the whole way in which we are imposing an Israeli presence and narrative on the Old City and its surroundings and trying to eliminate the Palestinian presence.

Third is the attempt to realize the vision of the greater metropolitan area of Jerusalem, which adds to Jerusalem three settlement blocs, the Givat Ze’ev area in the north, the Ma’ale Adumim area in the east, and the Gush Etzion area in the south. This vision was first realized through the construction of the separation barrier. In the last decade, the construction of the barrier had a major effect on East Jerusalem, cutting it off from the West Bank. East Jerusalem used to be the political, cultural and commercial center of the West Bank. Now you see major socio-economic deterioration. East Jerusalem is ready to become a huge slum as a result of these policies.

If all these developments take place, this will actually seal off the possibilities for the two-state solution. 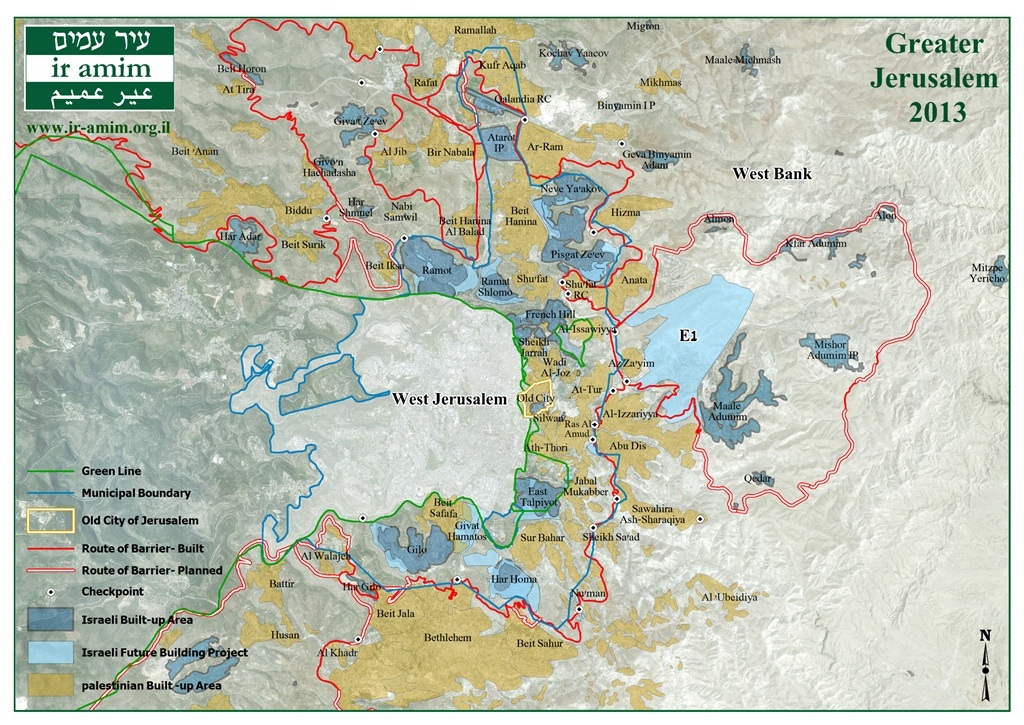 What issues facing Jerusalem residents concern you most right now and why?

Two major issues, and they are interconnected. One is the growing attack on Palestinians’ permanent residency status. It reflects Israel’s policy as of 1967 to absorb East Jerusalem without fully absorbing the people of East Jerusalem, denying them political rights, citizenship and everything that entails. There is nothing permanent about permanent residency and people live in fear of losing their status. More than 15,000 Palestinians lost their permanent residency over the past 15 to 20 years, and the rest have to prove that their center of life is in Jerusalem. They were born here, they lived here for generations, and now we treat them as if they were always temporary residents. They are effectively losing their right to the city.

With peace talks restarted, U.S. Secretary of State John Kerry said all final status and core issues would be on the negotiating table. How will the parties be able to come to an agreement on the final status of Jerusalem when Israel claims the city as its undivided capital and Palestinians see East Jerusalem as the capital of a future Palestinian state?

It cannot be reconciled. If we had a responsible leadership they would start gradually telling the Israeli public that as painful as it is, we will have to consider a compromise on Jerusalem and that at the end of the day it will be in the interest of Israel.

What type of final status agreement would you hope to see result from negotiations?

I first of all want to see a mutual recognition of Jerusalem as the capital of the two nations. It’s not easy to implement it in practice. There are different ways of division and separation; it can be administrative. It does not have to be with solid fences and walls – we can be creative. Jerusalemites will not necessarily want to see their city physically divided again with concrete walls. It might be necessary for a time but I think there is a growing understanding that there are other ways of sharing the city.

So to say one united Jerusalem is a kind of euphemism; it’s not realistic?

It’s not realistic. It’s not just. It will perpetuate the conflict forever.

Could you tell me about your memories of Jerusalem as a child?

I was very young. One of them is I was walking with my parents on a Saturday afternoon and approaching Yemin Moshe, which overlooked the walls of the Old City. My parents stood there looking toward the Old City and said to one another that they wished they would get to see the Wailing Wall again in their life. And they said it like when you talk about the Messiah, something that you long for but it’s too far away. They could never have imagined that within a few months they would be walking inside the Old City to the Wailing Wall.

When I compare my memories with younger people, for them the Green Line is a concept. They have no idea where it actually runs. For me, it’s very clear; I feel the Green Line. I know what’s mine and what is not mine. I think this actually brought me to work with Ir Amim. I’m aware of Palestinian Jerusalem. It’s an entity that we cannot deny. A people that we cannot deny. It’s not a concept for me. It’s a concrete reality.

I don’t see neighborhoods of true co-existence. That does not exist in Jerusalem. But you know what? I’m not sure that I’m looking for co-existence. Historically, Jerusalem was a city of diversity, culture and multiple groups living side by side, not with one another. If we could go back to that vision, I would say it’s very much in the nature of Jerusalem.

We should aim to respect the right of the two sides to live in this city and to maintain their own cultural, political, social, religious diversity and separateness. That’s okay to start.

We knew it was a matter of time before they started again. We know the settlers are very determined; the state is behind them. It’s intensifying the tension between Israelis and Palestinians in the city.

What has been Ir Amim’s greatest accomplishment under your leadership?

The fact that 30,000 people, the majority of them Israelis, participated in our study tours and questioned the concept of the eternal, united capital of Jerusalem. I’m not saying every one of them accepted our view, but I know the majority of them went home and started to question the notion that seemed taboo. They are now speaking about Jerusalem from a more informed perspective. We helped to change the discourse.

Related:
Resource: The failing East Jerusalem education system
A divided Palestinian neighborhood, torn in two by an Israeli highway
Resource: What is the E1 area, and why is it so important?