In response to the Israeli government’s plans to build 4,000 housing units for Jewish settlers in the E1 area, Palestinians set up a new tent village called Bab Al-Shams (Gate of the Sun). Police attempts to dismantle the new village were thwarted by a temporary warrant issued by the High Court of Justice. 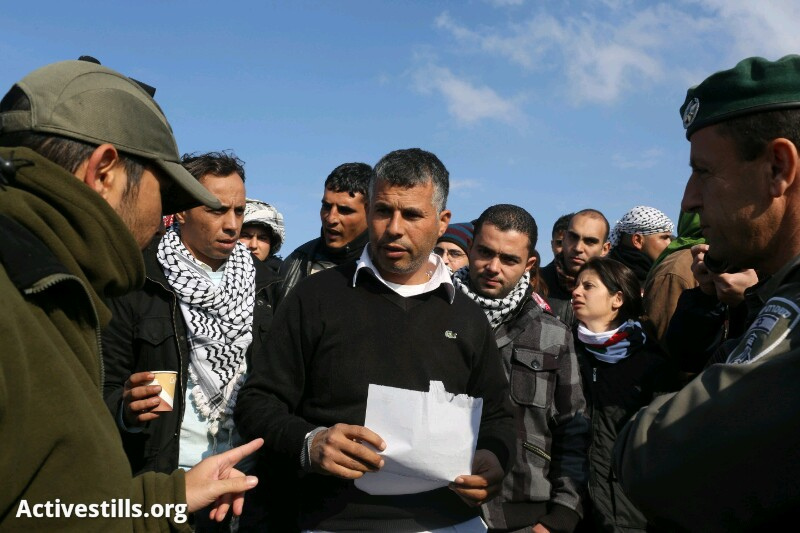 Some 250 Palestinians, organized in part by the Popular Struggle Coordination Committee and activists from several villages in struggle against the wall and settlements, arrived at the area known by Israel as E1 early this morning, and started work on their new village. Activists state that the village is built entirely on private lands owned by Palestinians from the nearby town of Al-Tur.”This is a popular response to Israel’s plan to expand its settlements, especially in this area,” Muhammad Khatib of the Bil’in Popular Committee told +972.

Not long after the tents were set up, Border Police and Civil Administration forces arrived at the scene and handed out eviction notices to residences of the new outpost-village, threatening to return and demolish the erected tents shortly. Prepared in advance for such an occasion, activists petitioned against the demolitions to the High Court, which then issued a warrant delaying any eviction or demolition for six days. 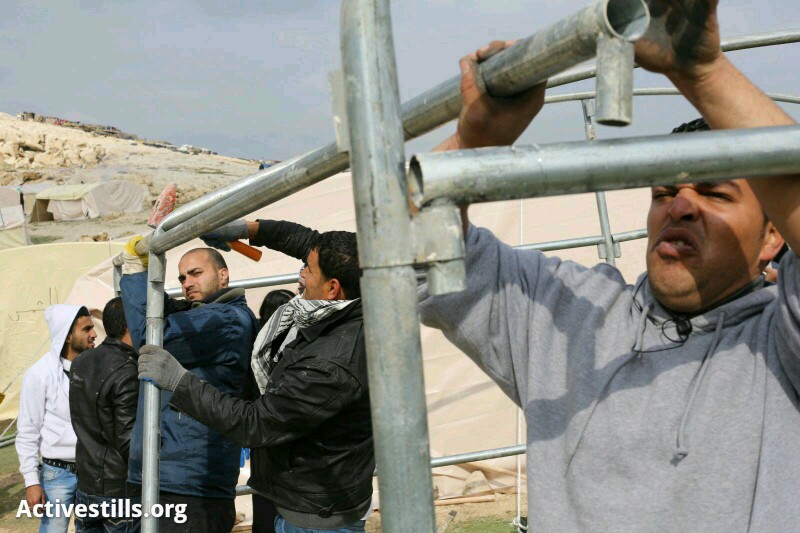 Palestinians building the Bab Al-Shams tent city in the E1 area between Jerusalem and the West Bank, January 11, 2013. (photo: Activestills)

Israeli plans for construction in E1 as a response to success of the Palestinian UN bid (and partly as a message for voters in the upcoming elections) attracted much worldwide criticism, including from the United States. For the activists, this is a popular and direct response to Israeli attempts at annexing the corridor between Jerusalem and Ma’ale Adumim.

The new village is named “Bab Al-Shams,” after the landmark book by Elias Khoury, which depicts the life of a Palestinian refugee in Lebanon who insists on returning to his home in the Galilee, where he manages to meet his wife in a secret cave called “Bab Al-Shams.” 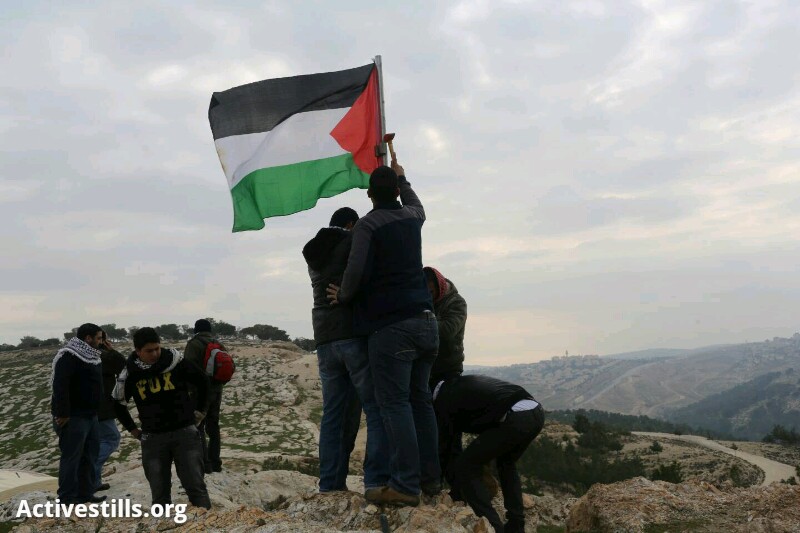 The activists released a statement about the action:

We, the sons and daughters of Palestine from all throughout the land, announce the establishment of Bab Alshams Village. We the people, without permits from the occupation, without permission from anyone, sit here today because this is our land and it is our right to inhabit it…

We declare that the village will stand steadfast until the owners of this land will get their right to build on their land… Bab Alshams is the gate to our freedom and steadfastness. Bab Alshams is our gate to Jerusalem. Bab Alshams is the gate to our return.
For decades, Israel has established facts on the ground as the International community remained silent in response to these violations. The time has come now to change the rules of the game, for us to establish facts on the ground – our own land. This action involving women and men from the north to the south is a form of popular resistance. In the coming days we will hold various discussion groups, educational and artistic presentations, as well as film screenings on the lands of this village. The residents of Bab Alshams invite all the sons and daughters of our people to participate and join the village in supporting our resilience.

This is not the first time that Palestinians set up an outpost in the E1 area. Previous such attempts were made in 2007 and also in 2011. Both previous attempts, made in smaller numbers than this action, ended with the eviction and demolition of the outposts by Israeli authorities. 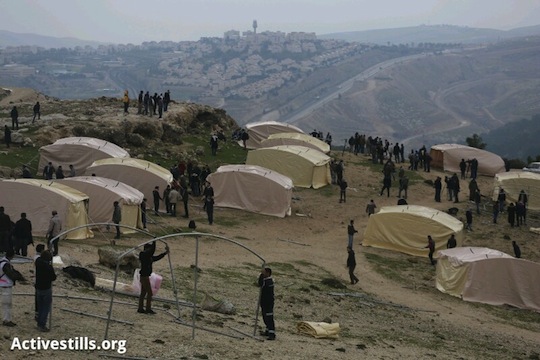 A Palestinian tent city being constructed by the Popular Committees in the E1 area, January 11, 2013. The camp holds approximately 25 tents, and is called by the activists “Bab al-Shams” village. (photo: Oren Ziv/Activestills)

Read also:
Resource: What is the E1 area, and why is it so important?
Following E1 decision, Israel is more isolated than ever but not likely to change course