The displaced members of the village of Iqrit marked one year since their groundbreaking direct action: the return of the village youth to the village, the revival of its traditions and the strengthening of their hold on the land. Although they are now celebrating with friends and supporters, they fear a potential response from authorities. 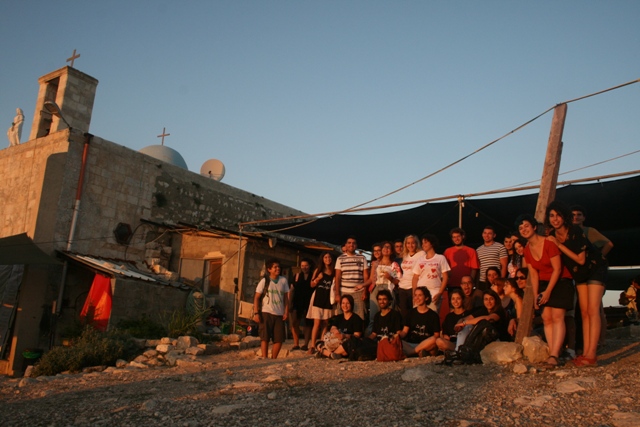 Every year for the past 18 years, the displaced Palestinian community of Iqrit has organized a summer camp on the expropriated lands of their village so that the younger generations, born in cities and towns elsewhere in Israel, will remember their heritage and continue the longstanding struggle for return. Yet this year’s event, which continues until Sunday, is particularly joyful, and more festive than ever, as a group of third-generation Iqritians have been able to resettle on their lands and maintain a sort of settler-style outpost for exactly one year. Six months ago, photographer Oren Ziv and I visited them for a Haaretz story (Hebrew) and a shorter +972 version – it was now about time to go back and see how they were doing. 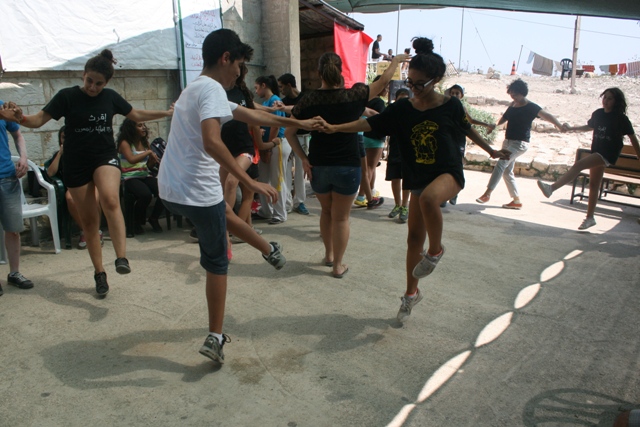 About 100 children and teens, age 8-18, are spending this week on their ancestors’ lands. A group of students who are slightly older serve as guides, the parents help out in the kitchen and workshops, and the older folks come to tell tales of the days before the IDF drove them out in 1948, and before their homes were blown to bits on Christmas Day in 1951, despite a court order mandating the villagers’ return. Over the course of one week, the entire village is revived, with  tents erected around the still-standing Catholic church and between the rubble of what was once the school, the mill and people’s homes. The children learn their family histories, recite the meaningful turning points in their struggle for return, dance and play. This year, they also saw a new hope flourishing on the Iqrit hilltop: village relics have been unearthed, vegetables and herbs of sorts are starting to paint the church surroundings green and the children’s guides and older siblings can tell them firsthand how it feels to be living on their own land. 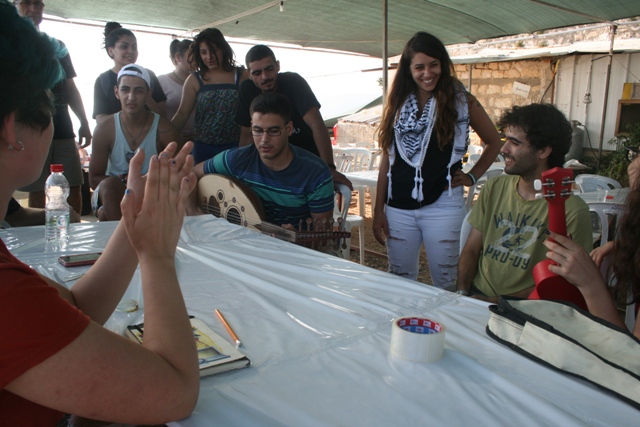 Many supporters have come to visit this summer. On Wednesday, the visitors were a group of Jewish teenagers who had just concluded the week-long Alternative Youth Summer Camp on Friday (an initiative which I co-founded eight years ago and am still very much involved with, and which offers young Israelis a chance to discuss politics, economy, gender, ecology, the military draft and more in a safe, supportive and fun environment. The camp is sponsored and supported greatly by New Profile). The meeting between the youth from the two camps was fascinating to watch.

At first, after getting to know each other, they discussed the Nakba, how much either group knows about it, how they learned about it (as both Jewish and Arab schools are forbidden from discussing it) and how everybody feels about it. A 14-year-old girl from the Tel Aviv area told of a teacher who was fired for presenting the Palestinian narrative of the 1948 war alongside the Israeli one, and a youth from Iqrit who now lives in Haifa told of his own teacher, also originally from Iqrit, who hides his family’s history from his students out of fear of the Ministry of Education. They went on talking about the experience of being a minority: either as leftists in Israeli society, as Palestinians in Israel, or Christians in a mostly Muslim society, and then turned to ways of coping with such challenges and keeping struggles for equality and democracy going. 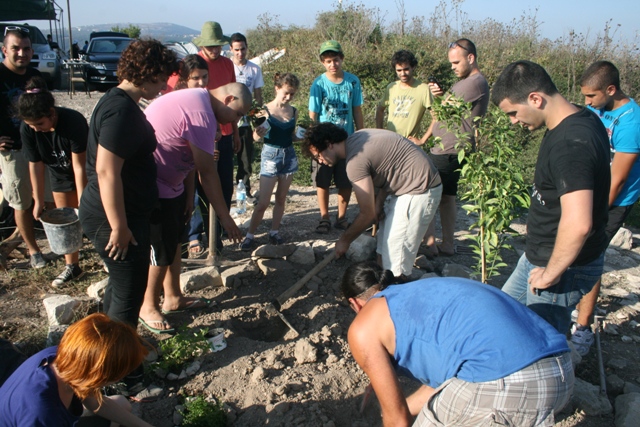 Planting trees that may well soon be uprooted (Haggai Matar)

After the discussions, everybody split into mixed workshops. Some went to garden, others improvised a jam session while others painted shirts with Iqrit-related slogans. The visiting youth of the Alternative Camp were shocked to hear that the small garden and the tree they planted together will likely be uprooted by authorities and that a threat has already been issued by regional inspectors of the Israel Land Administration to destroy the soccer field local activists set up, should it not be taken down willingly at the end of camp. These continued threats against the village are backed with military patrols which frequently arrive at this civilian summer camp. (One appeared during our visit.) The returning people of Iqrit, however, are determined to keep on planting, playing soccer, unearthing relics and rebuilding small structures – until the return to their village is complete. 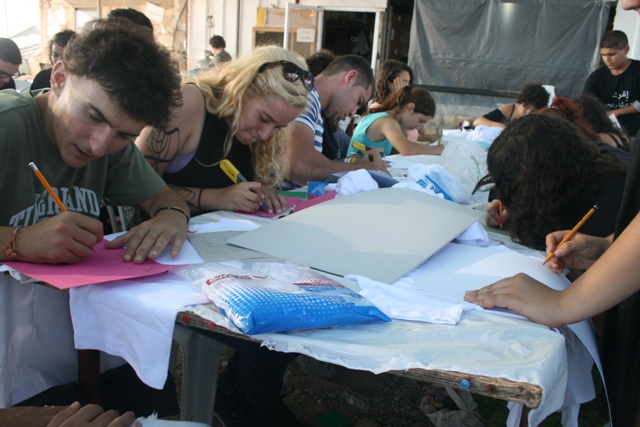 For more on the history of Iqrit and its project of return:
Displaced Palestinians return to village after 64 years