The non-stop incitement against Palestinian citizens of Israel from both the government and media prove the need for a new kind of resistance. 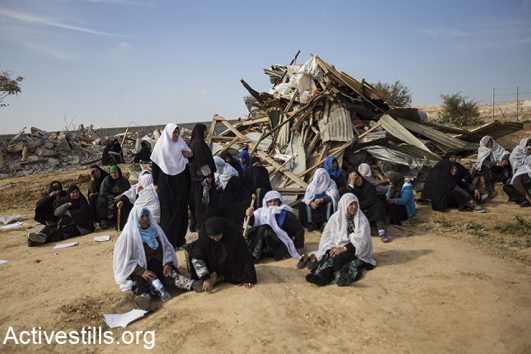 It’s time for a change of direction. If the Israeli radical left and the Palestinian leadership were strategically smarter about opposing the occupation, they would have made into an artform the incitement, slander and vilification that Internal Security Minister Gilad Erdan has been orchestrating this past week against Palestinian citizens of Israel, the residents of the Bedouin village of Umm el-Hiran and a Bedouin man, Yaqub Abu al-Qi’an.

As a reminder, Erdan’s mini-campaign began on Wednesday, when Israeli bulldozers, accompanied by hundreds of police officers, arrived in Umm el-Hiran to carry out demolitions so the village can be replaced with a Jewish town.

Police opened fire on the car of Abu al-Qi’an as he was driving slowly into the village, after which his car struck an Israeli police officer, killing him. Abu al-Qi’an was left to bleed to death. Shortly after, police began using pepper spray and shot sponge-tipped bullets at protesters, injuring — among others — Joint List head Ayman Odeh.

Erdan immediately declared the incident involving Abu al-Qi’an a deliberate car-ramming attack, labeling him a terrorist despite no one yet knowing exactly what had happened (video footage and an autopsy report seem to confirm that Abu al-Qi’an was shot before he accelerated). He then called on Israel’s Attorney General to investigate a number of Palestinian Knesset members, among them Odeh, on grounds of incitement to violence and murder.

The attack on Palestinian citizens, led by Netanyahu and his guard dogs, is an opportunity for Palestinians to take off the gloves and do what should have been done in October 2000: formally approach the United Nations, with the support of what remains of the real Israeli left, and request international protection for Arabs.

All the signs point to the fact that the establishment’s attacks on the Arab public in the name of Zionism (Jewish racial supremacy) will not end with the demolition of houses in Qalansuwa and the beginnings of ethnic cleansing in Umm el-Hiran. Netanyahu announced a few weeks ago that a wave of demolitions was about to commence; his warning augurs another of the Zionist establishment’s many prolonged attacks on Palestinian citizens since the occupation of 1948. 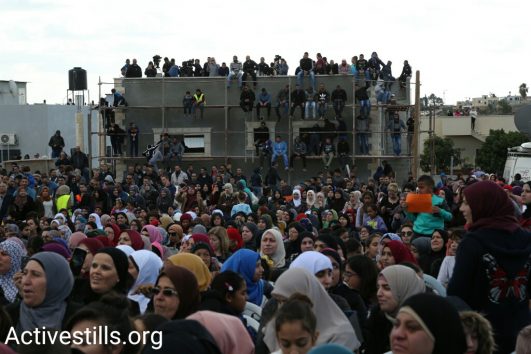 Thinking outside the box

As such, the calls from the radical left and part of the Palestinian leadership for Erdan to resign indicate the same local and longstanding resistance to racism and oppression, which has to date been of no benefit.

Our fight for liberation and freedom for everyone between the river and the sea is not exclusively aimed at Netanyahu, Erdan, police chief Roni Alsheikh — who joined Erdan’s slander this week — or any other Zionist figure. Rather, our struggle is against a racist, messianic and colonialist ideology that advocates the expulsion and banishment of the natives (Palestinians among them) so that there will be room for occupiers and settlers (Israelis).

It’s very simple: demanding that Israel’s minister for internal incitement resign is another attempt at opposing a policy of destruction and occupation while trying to maneuver within the confines of Israeli law, which is itself racist and discriminatory.

The goal of Palestinian citizens is not to be law-abiding Israelis. Their struggle is aimed at turning the country in which they live into a democratic state, and for all Palestinians to become free people with equal rights. Israel’s racist laws, designed to maintain Jewish supremacy, are presented to the world under the nonsense banner of “Jewish and democratic” in order to give a more progressive feel to the ethnic cleansing that has been going on from 1948 until today. Working within that system is not the right way, and we’ve had enough opportunities since 1948 to learn as much.

So what should we do instead? It’s very straightforward: drive our stories out into the world, non-stop. To turn Palestinian citizens of Israel, the most invisible within the Jewish-democratic occupation, into citizens who are important and noticed. 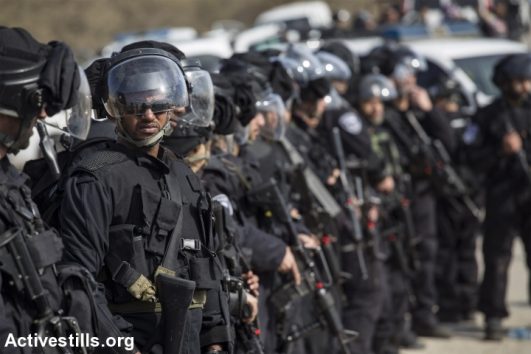 We Palestinians have all the proof and justification we need to turn to the international media, to aid organizations around the world, to the European Union and to the UN. Home demolitions, the murder of Abu al-Qi’an, the ceaseless incitement from Israel’s leadership against Arab citizens of their country and legally-enshrined discrimination: all are proof of an apartheid regime in Israel, both theoretically and practically.

Indeed, past experience teaches us that what begins in Israeli media often continues in the international press — and we’re not far from the day when the prime minister will tell the foreign media that most Palestinian citizens of his country are “terrorist ISIS supporters.” We would do well to take preventative steps — we’ve already seen them do it with Hamas and Palestinians in the West Bank.

Another way to resist

When Arabs’ houses are demolished — amid live fire against the homeowners — in order to make space for Jews, it’s clear that we need to find another way to resist.

When members of the Zionist Union, a so-called center-left party, speak about “mass arson” and call for a soldier who carried out a war crime to be pardoned, and when most of the self-proclaimed chosen people are also in favor of clemency, we need to find another way to resist.

When the Hebrew-language media joins in with every wave of incitement without asking questions, while at the same time automatically using the word “terrorist” for every Palestinian who has dared to oppose the occupation or who has simply tried to escape from those who have come to demolish his home, we need to find another way to resist.

When the government, the opposition and the media orchestrate non-stop racist campaigns to delegitimize Palestinian citizens of Israel, we have to understand: we need to find another way to resist. Demonstrations and convoys of cars blocking the entrance to Jerusalem are nice on a local level, but we’re past that point.

The time has come to take our fight from the local arena into the global one.