Smart (non-violent) resistance is not a slogan, it’s a conscious path to freedom and independence. To cover up its crimes, Israel needs to feed all the western stereotypes of Palestinians as violent and subhuman rather than hungry for freedom and equal rights. 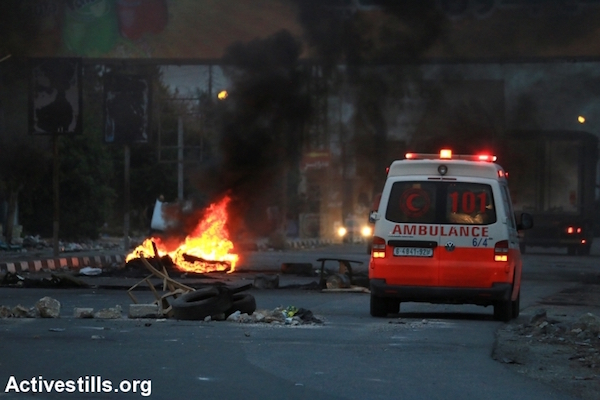 The lid on the powder keg of the Israeli-occupied Palestinian territory of the West Bank, including East Jerusalem, and the Gaza Strip, has been rattling for years now. Palestinians from all walks of life have lost their voices making the case that Israel’s right-wing government – with its numerous cabinet ministers living in illegal settlements and its fundamentalist prime minister – is pursuing policies bound to lead to exactly what we are witnessing today, violence.

Israeli Prime Minister Benjamin Netanyahu has built his entire political career on a platform of violence against Palestinians. Leading up to his first election as prime minster in 1996 he publically and aggressively mocked Israel’s own prime minister, Yitzhak Rabin, for entering into an interim peace agreement with the Palestine Liberation Organization. The toxic environment Netanyahu operated in was partly behind the motivation of a Jewish extremist to assassinate Rabin. Netanyahu prides himself on being the leader who stopped the peace process in its tracks. To make sure peace would never have a chance, he accelerated settlement building in the West Bank, attacked Gaza multiple times, demolished more Palestinian homes, arrested Palestinians, including minors, often without charges, and failed to bring to justice the Jewish settlers who recently burned alive a Palestinian family while they slept in their home.

But why does Israel seemingly seek violence? The answer is elementary to anyone following this conflict: Israel has a single gamebook against the legitimate Palestinian struggle for freedom and independence; that of using their well-oiled military machine to squash any Palestinian who attempts to resist occupation. Israel since 1948 and 1967 has routinely used war and violence to seize more land, all the while pushing Palestinians to either turn violent or emigrate.

During the past few years, Israel found itself in a strategic bind. Palestinians shifted gears and started to operate in venues that are non-violent. Palestinians call it “smart resistance.” New tools of resistance, such as calling for a boycott of Israeli products, divestment from Israeli investments, and working to get states to apply sanctions to Israel, contribute to this shift in strategy. Additionally, the Palestinian leadership under President Mahmoud Abbas has unswervingly called for only non-violent methods of resistance to be adopted. This positioning provided little space for renewed, large-scale Israeli assaults in the West Bank yet now Israel seems prepared to use the last few days of violence as an excuse for a larger crackdown and expansion of control. At the moment, Israel is dictating the narrative of responding to Palestinian violence; long forgotten are the months of Israeli state and settler violence that led to this point.

On the diplomatic front, in 2012 Palestine was upgraded to an observer member state in the United Nations and the Palestinian flag was raised recently near those of other states. The trend was clear for all to see, the Palestinians reached the understanding they will not beat Israel at its own game of violence and moved to other means of resistance where Israel can be seriously challenged. In fact, director of policy and political-military affairs at the Israeli Defense Ministry, Maj. General (res.) Amos Gilad acknowledged how effective the alternative Palestinian resistance was when he stated, “We don’t do Gandhi very well.” 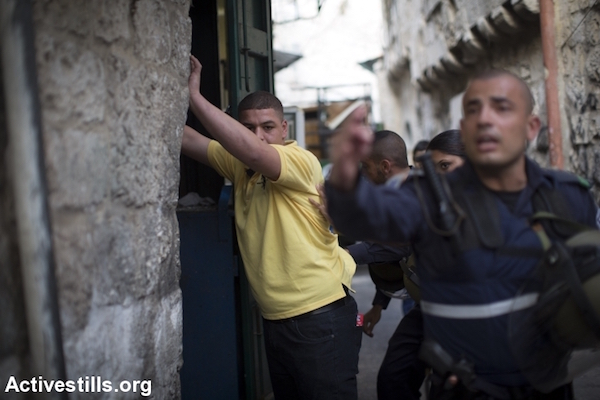 Israel knows better than anyone that if the Palestinians are permitted to engage non-violently, the odds are they will be successful in putting Israel in a corner and exposing the occupation for what it is, a system of modern-day Apartheid or worse.

The international community has been watching, including in the United States where grassroots sentiment in the Democratic Party is rapidly shifting to support Palestinian freedom and equal rights. Yet beyond limited measures such as the issuing of European Union guidelines to avoid funding settlement activities, Israeli impunity has been allowed to run wild while Israel’s trade partners continue to financially prop up the unsustainable reality of military occupation.

This is not the first time Israel has dragged Palestinians into violent clashes. Actually, there is a rather cyclical rhythm to the madness. It is as if Israel desires for every generation of Palestinians to get a dose of its “iron fist” policy.

We Palestinians must not fall into this trap again. Since its creation, Israel has pursued a single policy trajectory toward the conflict: to gain as much Palestinian geography as possible with the least amount of Palestinian demography on it. That applied to Haifa and Jaffa in 1948, and the same applies to the West Bank, East Jerusalem and the Gaza Strip today.

Smart (non-violent) resistance is not a slogan, it’s a conscious path to freedom and independence. We Palestinians must remain fully aware of the political essence of Israeli actions. Enticing yet another generation of disenfranchised Palestinian youth to the Israeli military checkpoints that surround their cities – even if that means Israeli soldiers dressing up as Palestinian youth and throwing stones toward their own uniformed Israeli soldiers to get real demonstrators to do the same – is an Israeli ploy. To cover up its crimes, Israel needs to feed all the western stereotypes of Palestinians as violent and subhuman rather than hungry for freedom and equal rights. Yet this is increasingly difficult for Israel when every Palestinian holding a cell phone has the means to document the occupation in real time.

Precious young lives are not the only things being laid to rest. With this latest deterioration, the entire political paradigm of a two-state solution is being relegated to the history books. What comes next will not be the vanishing of the Palestinians, or Israel’s success in battering them into submission, but rather a new generation of Palestinians, armed with history and determined to wrest their emancipation from whomever stands in their way.

The writer serves as a policy adviser to Al-Shabaka, the Palestinian Policy Network, and is chairman of Americans for a Vibrant Palestinian Economy. He blogs at ePalestine.com.