A recent article claims that the higher rates of ADHD among Mizrahim leads them to violence. But can one really make such sweeping statements about an entire demographic group without looking at the broader social context?

By Marcelo Weksler (translated from Hebrew by Anat Goldman)

On March 16, 2014, Dr. Shlomi Antebi, an expert on Attention Deficit and Hyperactivity Disorder (ADHD), published an article in Haaretz (Hebrew) with the shocking headline: “The most severe and potentially violent cases of ADHD diagnoses in Israel are of Mizrahim descent.” By attributing “Mizrahi violence” to a mental condition, the headline reasserts the popular image of Mizrahim as inherently violent. Antebi’s original post (Hebrew), which was likely the basis for this article, rested on a different argument: Mizrahim children are more often diagnosed with severe cases of ADHD and are treated less often, while Ashkenazi children are more often diagnosed with mild cases of ADHD and are treated more often. The editors at Haaretz must have had yet another misunderstanding, but they are not the only ones.

Antebi’s article opens with the claim that “more children are diagnosed these days with ADHD as a result of over-diagnosis.” He does not explain the term “over-diagnosis,” but later connects it to an increase in parental awareness (meaning higher rates of awareness among Ashkenazi parents, as opposed to lower rates among Mizrahi parents). But is over-diagnosis really the result of parents trying to make life easier for their kids? Or do schools pursue over-diagnosis as a means of classifying and labeling students for their own purposes? Antebi neither clarifies nor analyzes these possible causes for over-diagnosis. It seems that his claim is more of a warning for over-treating children with psychiatric drugs. But even if that is the issue, why doesn’t he explicitly say that the Israeli education system encourages the use of Ritalin and other drugs in order to keep students “calm” rather than actually helping them, which inevitably results in over-treatment? 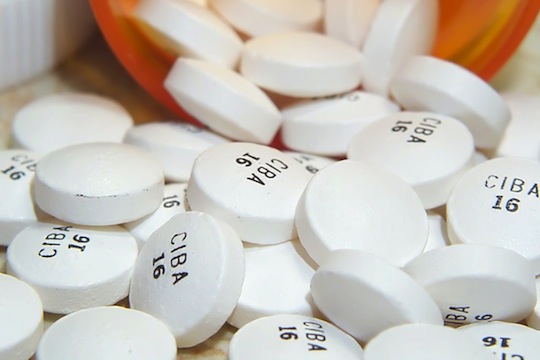 The main problem, however, with Antebis’ article is that he sees ADHD merely as a product of genetics and chemistry, thus reducing the problem to a medical discussion based on the idea that the problem is with the child alone. In doing so, he ignores the potential role of social, political and economic factors in diagnosis and treatment, as well as in the spreading and possible reducing of ADHD.

I would therefore like to offer a few hypotheses, that go beyond individual circumstances, into why there has been such an increase in ADHD diagnoses in Israel in recent years. These draw on developmental psychology, as well as social and environmental factors. Children develop their cognitive skills through intellectual and motor activities; they gain communication skills and cognitive skills through movement, which develops their fine motor and gross motor skills. Writing, painting, playing musical instruments all develop fine motor skills. Physical activity develops gross motor skills, such as coordination. Both help develop the brain.

Read: ‘But you’re not really Mizrahi’: Rewriting an erased identity

These days, however, children hardly get to develop either at school. Teaching fine art is almost extinct in the school system, as it cannot be standardized or quantified, and is often seen as redundant in the institutional educational discourse. Public open spaces, which used to be a child’s natural playground, are disappearing, giving way to cars and massive construction. Children today have problems developing their gross motor skills. They have no open public spaces to play in, nor do they form informal relationships and burn energy. Some are lucky and have extra curricular activities, but those who do not stay at home in front of the computer and television – moving back and forth between the kitchen and the living room. Can this lack of mobility contribute to the meteoric rise in diagnosing ADHD? Children are naturally happy when they run, play in open spaces, form relationships, fight etc. It is not a matter of culture, but rather a part of childhood that has always existed. Modern life destroyed it for its own interests and brought about unbalanced development. At the same time, underprivileged children living in poverty consume cheap processed food with too much sugar and “empty calories” that overstimulate the brain. Can this be another possible reason for the dramatic increase in ADHD diagnoses?

We must look at the school system. Children today are crammed into overcrowded classrooms (less then one square meter per child) where there is no room to move for very long hours. How many adults could stay focused, calm and patient if they were to spend such a long time in a crowded environment? I argue that any analysis that looks for the answer in the realms of chemistry and genetics alone is not enough to explain the phenomenon. Such an analysis is deterministic and does not enable the opening up of a real conversation vis-a-vis the child’s environment, which is just as important a factor in his or her development. Using only one type of explanation is absurd when discussing learning disorders. In many schools, especially in underprivileged neighborhoods, learning disorders and other disabilities are used to classify children. This was used in the past when children were pushed into vocational schools. Today these children are classified twice – once as underprivileged students, and once as having individual problems.

Antebi also goes into detail regarding the different levels of ADHD. He makes a connection between its most severe degree to high levels of violence, delinquency, and alcohol and drug use. However, the relationship between ADHD and these behaviors is the classic chicken and egg conundrum. Do severe cases of ADHD necessarily end in these aforementioned behaviors, or does lack of treatment and prevention lead to such deterioration? Could it be that low self-esteem and other factors cause these behaviors? Let’s say that we live in an environment where any child diagnosed with severe ADHD is treated without medication, meaning that those surrounding them, and especially their school, paid attention to his or her particular needs. Would we have the same problems? Probably not, unless we are using deterministic assumptions that no matter what we do, violence and addictions will appear later on in life.

The end of his article contains several dramatic paragraphs in which Antebi presents an ethnic-based analysis of these difficulties. Those diagnosed with light ADHD are 33% Mizrahi and 67% Ashkenazi, while 82% of Mizrahim and 18% of Ashkenazis are diagnosed with severe forms of ADHD. Antebi concludes with the following statement: “We can see that most children who are diagnosed with severe ADHD are either Mizrahi or come from an underprivileged background.” What does this data tell the average person reading Haaretz? What does it tell the Israeli education system?

There must be a reason for these reverse trends between Mizrahi and Ashkenazi children. Perhaps we can find it in Antebi’s initial argument? Maybe Ashkenazi parents are financially capable of funding diagnoses, whereas Mizrahi children are under-diagnosed because their parents lack the resources? Why do trends turn on their heads when it comes to the severity of ADHD? Perhaps there is a social cause? Does a late diagnosis lead to higher chances for deterioration? If this is the case, it is no wonder that the statistics look the way they do.

Even if this wasn’t Antebi’s intended message, his article comes off as prejudiced against Mizrahi children, especially those in peripheral towns. Israeli Professor Karl Frankenstein conveyed these messages as early as the 1950s, when he negatively classified Mizrahim and their children in an almost irreversible. This lead to structural discrimination and humiliation, which the Ashkenazi hegemony used as part of its educational and psychological discourse.

We must insist on several points. First, most of the diagnoses are done by private doctors, which enables wealthier children to start their treatment early on. This is how Ashkenazi children “disappear” from the school system’s radar much earlier, and rarely appear in statistics on violence and delinquency. On the other hand, most children from the social periphery, including Mizrahi children, do not undergo a preliminary diagnosis, let alone receive preventive treatments, as they are far too expensive for their parents to afford. Second, the education system operates on the assumption that if a child has a problem, it is the fault of the parents. The system punishes the child when underprivileged parents are not able to pay for diagnoses or preventive treatments. At worst they isolate them and let them to drop out. As we know, dropping out is a major reason for violence, delinquent behavior and substance abuse.

But Antebi is willing neither to analyze nor interpret the findings regarding both the social context and racism that perpetuate prejudice. He removes all responsibility from himself and leaves us with a bitter taste of repetition – of a supposedly scientific argument that we thought was long gone.

Marcelo Weksler is a lecturer at Seminar Hakibutzim, Beit Berl College and a pedagogical counselor. This article was first published in Hebrew on Haokets.

Related:
Being a Mizrahi Jew, an Israeli and touching the Holocaust
Mizrahi culture was suppressed, Ashkenazi culture is simply forgotten
‘But you’re not really Mizrahi’: Rewriting an erased identity