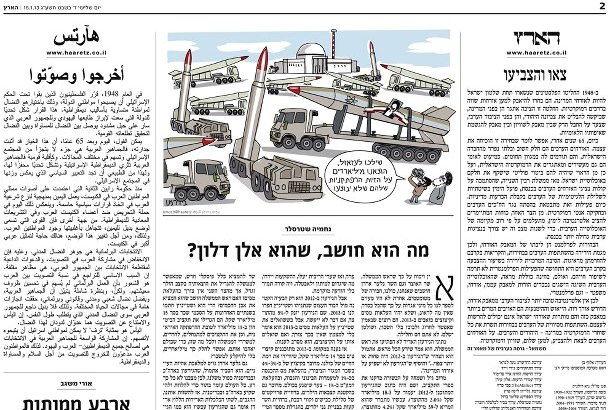 Tuesday’s Haaretz editorial calls on Arab citizens to vote in the Israeli elections, despite the feelings of failure and disappointment they may have toward the Israeli parliament. The piece (accurately) states that voting numbers are relatively low among Palestinian citizens of Israel, resulting in a Kensset representation that is roughly half of their share in the populations. Quote:

Therefore, the Arab public has no better alternative than the civic struggle, which demands patience. Despair and abstention are the worst enemies of such a struggle, and they are luxuries that Israel’s citizens can’t afford. Massive Arab turnout in this election would serve all those who aspire to democracy in this country, Jews and Arabs alike. The Arab citizenry must get out and vote − for peace, for equality and for democracy.

Here is a link to the piece in English and Arabic.

Personally, I find this act incredibly patronizing. If the journalists at Haaretz have something to say to the Arabs in Arabic, they could do so by using the various Palestinian media organizations, which Israeli Jews occasionally do. This feels more like an order than a request; it is an act that replicates everything that was so horribly wrong with the way the Zionist left looks upon the Palestinians – as a tool in achieving its own ambitions. I believe that the majority should try to avoid telling the minority how to fight for its rights and only join the struggle when it is invited.

I wonder what Palestinian readers think.