Lacking any ability or will to deal with the political stalemate, Netanyahu has a vested interest in presenting the current situation in Jerusalem as a showdown between radical Islam and the West. Who will pay the price? 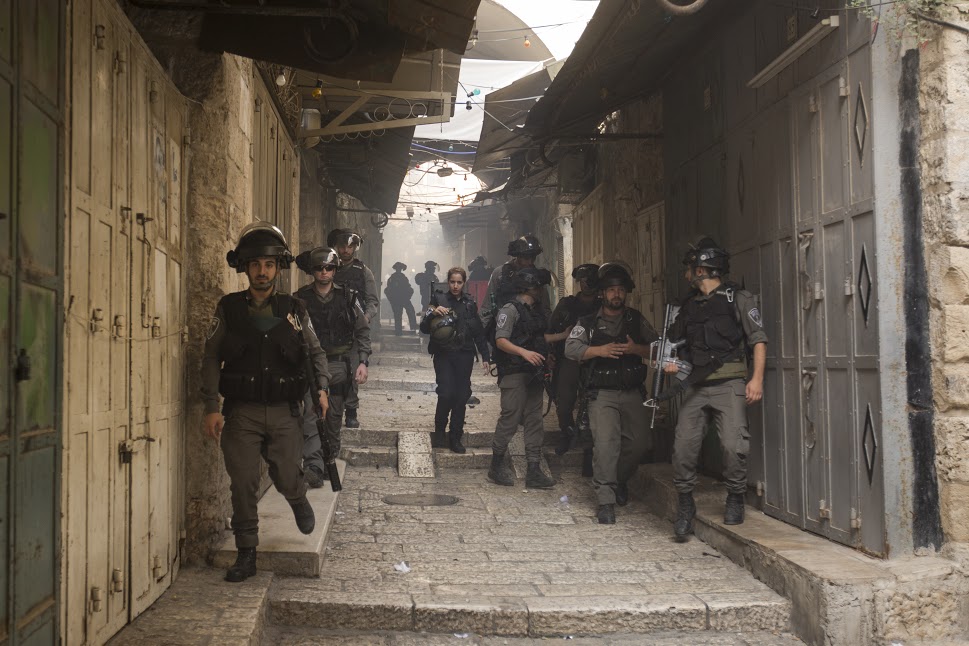 The latest clashes at Al-Aqsa Mosque, and the death of Israeli Alexander Levlovitch as a result of Palestinians throwing stones at his car, have awoken the Israeli media and the prime minister. They tell a very specific story: Palestinians have come together to ruin the Jewish New Year. Why? Perhaps they have something against apples and honey.

But like Avi Issasscharof explained in Walla!, the latest incidents in East Jerusalem are not the result of incitement by extremist Palestinian groups, as the government claims. The clashes are being fueled by the changes being made vis-a-vis entrance procedures for Muslim worshippers to Al-Aqsa (including time, age, and gender restrictions), and especially Agriculture Minister Uri Ariel’s provocative ascendance to the Temple Mount/Haram al-Sharif on the eve of Jewish New Year. His act led to the violent closure of the entire compound, and despite the ban on Jewish prayer at the Temple Mount, Ariel prayed there anyway.

While Israel has managed to chip away at the status quo at Al-Aqsa and the Temple Mount/Haram al-Sharif for years, this time it seems like it bit off more than it can chew.

The awakening of Netanyahu and the guard dogs of democracy may seem sudden, but the events in Jerusalem are anything but. Since last summer, Jerusalem has been the site of daily, violent events that go entirely unreported in the media. As Haaretz’s Nir Hasson wrote recently: “In recent, purportedly calm months, there hasn’t been a day without stones being thrown at the Jerusalem light rail system or at motor vehicles, confrontations with the police or harassment of Jews on the Temple Mount and in the alleyways of the Old City, firebombs thrown at the homes of Jews in Palestinian neighborhoods or the firing of flares at police positions.”

The violence toward Palestinians in the Old City also takes place on a day-to-day basis, usually in the wake of the prime minister’s emergency meetings, and include: enclosing entire neighborhoods as collective punishment, Border Police provoking confrontations with schoolchildren, arrests, rubber bullets that have led to heavy injuries, skunk water, tear gas on homes and schools, and more. The state continues to expel Palestinian families from their homes, usually under the guise of violent settler groups — and all this while racist groups like Lehava roam the streets.

Lacking any ability or will to deal with political issues, Netanyahu has a vested interest in maintaining the current situation in Jerusalem as a showdown between radical, violent Islamists on the one hand, and Israel as part of a Western world fighting the groups such as ISIL on the other. Rather than political stagnation vis-a-vis the Palestinian leadership, Netanyahu wants to keep the religious war burning forever, in the hopes that he can control the flames and use them to his benefit. But when any action — by the police, army, politicians, or archeologists — in the Aqsa compound is seen by Palestinians as a credible threat, one must ask who will eventually pay the price for Netanyahu’s war games? 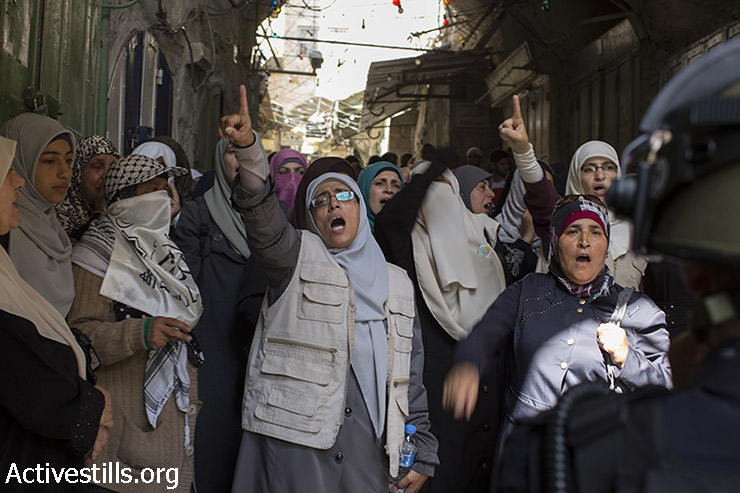 In a recent interview with +972’s Orly Noy, Dr. Mahmoud al-Habash, the Supreme Sharia Judge of the Palestinian Authority and a former member of Hamas, discussed the issue of violence at Al-Aqsa Mosque: “I view myself as a moderate, but I am willing to die for Al-Aqsa. Without any qualms.” Al-Habash addressed the feeling that the Israeli government refuses to understand just how dangerous the attempt to unilaterally change the status quo at Al-Aqsa is.

In this context we can see understand Public Security Minister Gilad Erdan’s unambiguous comments: “These events cause us rethink the current arrangements on the mount,” which turns the Palestinian concerns about a change in the status quo into a reality.

Now that he has failed to control Ariel’s provocations, and following the death of Alexander Levlovitch, Netanyahu feels that he must show his voters what he has achieved. Once again, he decides to do what hasn’t been working over the past decades. He gives the army and the police permission to shoot more, arrest more, use more administrative detention, and step up the collective punishment. Now he is asking for approval to give the police the same license to kill that soldiers have in the occupied territories, as well as authorization to use sniper fire against stone throwers in East Jerusalem and Israel.

During the previous conflagration in November 2014, it was Public Security Minister Yitzhak Aharnovitch who gave the police a license to kill Palestinians, in the wake of the vehicular terrorist attack that killed two (including the driver) and wounded 13. Two days later, police shot and killed Kheir Hamdan in Kafr Kanna in northern Israel as he was trying to flee. Aharnovich’s order, of course, did not cause the violence to disappear.

Stones can kill. As someone whose car has been hit by stones multiple times while driving through the occupied territories, I can attest that even when they do not kill or injure, they are incredibly scary.

But my friends and I have already been the subject of stones, beatings, and hard-boiled eggs — in the heart of Tel Aviv by Jews who hate leftists. As far as I know, not a single police officer has ever thought to shoot those stone throwers, and Netanyahu never called for an emergency meeting to announce his new, brilliant idea: shoot everybody.

As long as there is no change or solution on the horizon — not one state, not two, not annexation or any other new-old idea — the only thing the Israeli government can do is to continue slowly chipping away at the status quo, and try to put down any kind of protest or struggle against the occupation.

Israel treats Palestinians as an attack dog that needs training — giving them crumbs by way of entry permits, exit permits, medical treatments, all while violently punishing them. The disgraceful military procedure of “making our presence known,” whose entire purpose is to show to the local residents who is reall in control, is actually the government’s policy through and through. And when all of this testosterone is mixed with a feeling of religious war, it is clear to all that the clashes simply won’t disappear by themselves.