This is one of the best images the Israeli social protest has produced: the Governor of the Bank of Israel and former chief economist at the World Bank Stanley Fischer walking out of a cultural event in central Tel Aviv, surrounded by protesters who happened to be gathering at a nearby square when they spotted him. The protesters shouted, “government and capital equal organized crime,” at Fischer and his wife (video here). 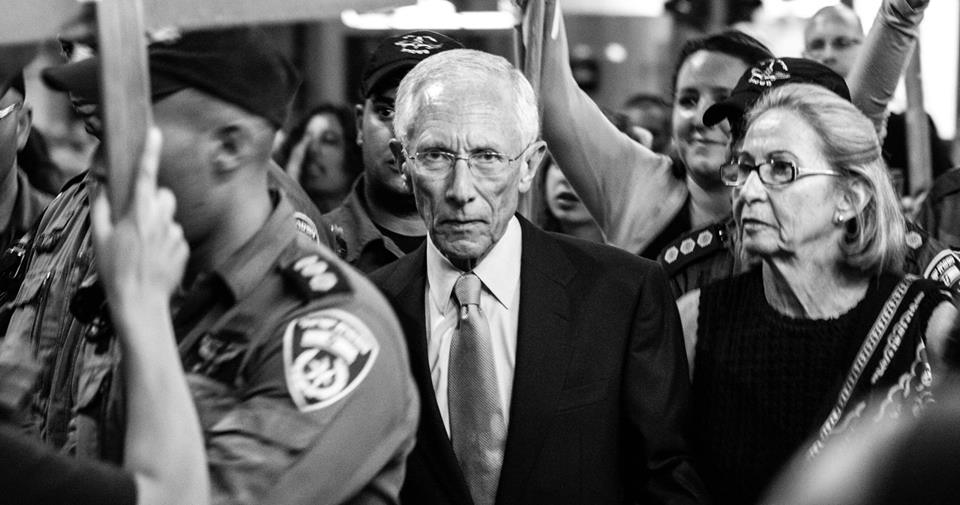 The Governor of the Bank of Israel and former World Bank chief economist Stanley Fischer surrounded by protesters as he and his wife walk out of a cultural event in Tel Aviv, May 25, 2013 (photo: Ilai Ben Amar)