Dozens of Palestinians were arrested during clashes that erupted at the Old City’s Damascus Gate during a Jerusalem Day march staged by right-wing Israeli activists. Among the detainees were three photojournalists–including Activestills photographer Oren Ziv (lower left)–and an unknown number of minors, all arrested by border police, mounted policemen, and undercover forces.

Jerusalem Day is an Israeli holiday celebrating the capture of East Jerusalem from Jordan in the Six Day War of 1967. In past years, right-wing activists have marched through the Old City chanting “Death to Arabs” and “Muhammad is Dead”, prompting Israeli authorities to clear streets of Palestinians and ordering them to close their shops in the Muslim Quarter. 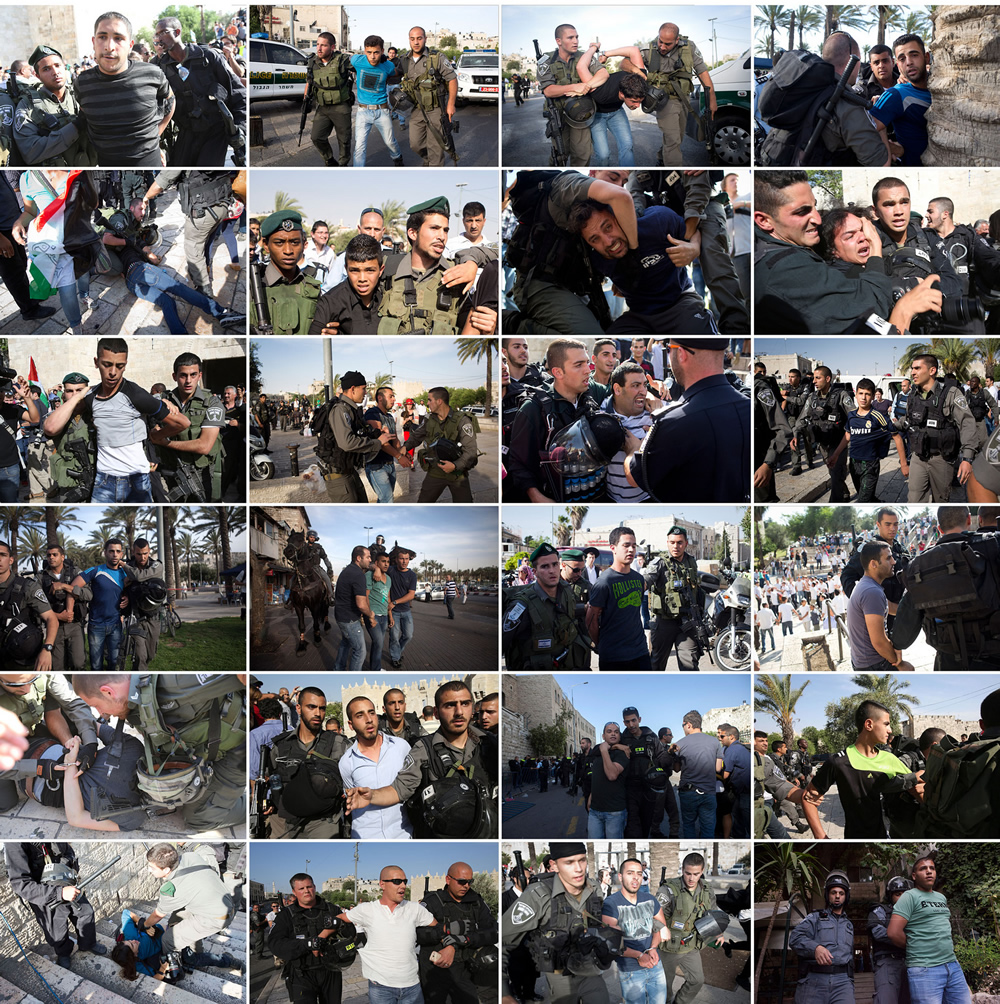 Though Israel annexed East Jerusalem in 1967 when it unilaterally redrew Jerusalem’s municipal boundaries, considering it to be part of the State of Israel, the move was never recognized internationally and East Jerusalem is still considered occupied Palestinian territory under international law. Moreover, Palestinians living in Jerusalem are only given residency, not full citizenship in Israel. As Mya Guarnieri points out:

Residents pay taxes to the Jerusalem Municipality but receive far fewer services than the neighboring Jewish districts of Jerusalem. While Palestinians constitute approximately 35 percent of the city’s population, only eight to ten percent of the municipal budget is allocated to their communities.