One Palestinian photojournalist was attacked and detained while a 50-year-old man collapsed due to tear gas inhalation at a Beit Ummar demonstration. The protesters were calling for the release of 17-year-old Youssef Abu Maria and the boycott of settlement products. 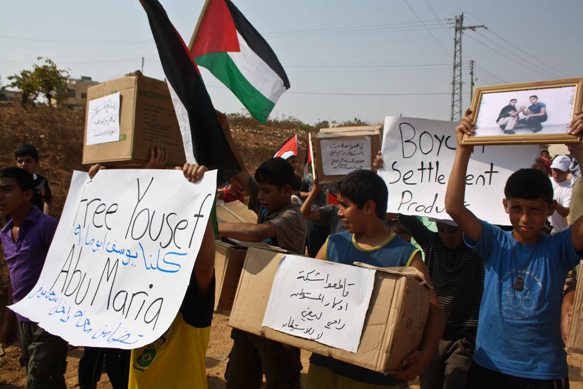 Palestinian, international and Israeli activists held a demonstration in front of the settlement of Karmei Tzur on Saturday afternoon demanding the release of 17-year-old Youssef Abu Maria and the boycott of settlement products. The demonstration was organized by PSP and the Beit Ummar Popular Committee and is part of an ongoing project of non-violent resistance in the village.

The demonstration began with Palestinian children carrying boxes which represented settlement products through the streets of Beit Ummar towards the settlement of Karmei Tzur. Demonstrators also chanted slogans and carried signs of solidarity with the people of Silwan who have been engaged in clashes with Israeli armed forces since the murder of 35-year-old Samir Sarhan last Tuesday. In addition, the demonstrators called for the release of Youssef Abu Maria, the 17 year-old son of Popular Committee member Ahmed Abu Maria. The 17 year-old is being held in jail pending trial despite a serious medical condition for which he was hospitalized this week.

Israeli soldiers stopped the procession before they were able to make their way to the fence of the settlement. Within five minutes, IDF soldiers threw stun grenades and covered the area in tear gas. Despite the gas, demonstrators were able to burn the boxes of settlement goods in front of the line of soldiers, sending a clear message of boycott.

The soldiers then violently confronted a Palestinian photojournalist and briefly detained him. Another Palestinian, aged 50, briefly went unconscious after being kicked by a soldier and inhaling a large amount of tear gas. A French activist was arrested while attending to the injured man and is still in custody at the Kiryat Arba police station. 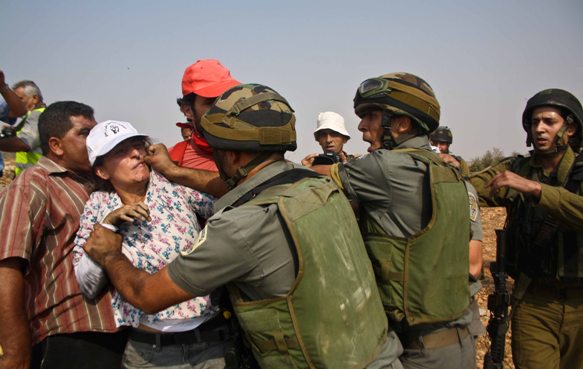 After 40 minutes the soldiers informed the popular committee representatives that they do not “enjoy beating 50-year-old men” and retreated to the settlement before covering the agricultural field once more with tear gas and stun grenades. 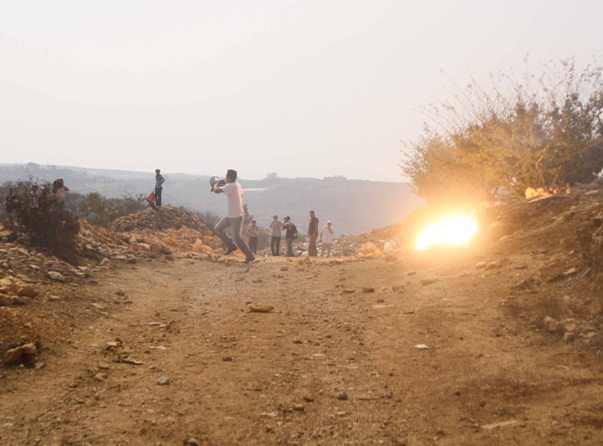 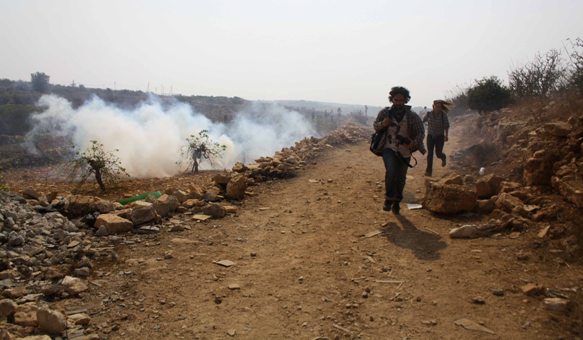 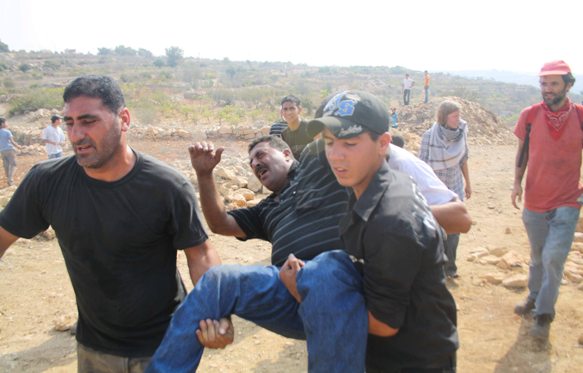