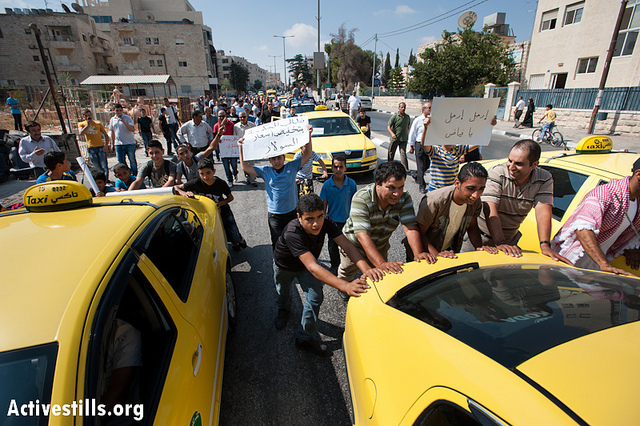 Though rumors of a general strike that would have shut down all traffic and closed businesses in Bethlehem and other West Bank cities failed to materialize, streets have been blocked in several locations as taxi and truck drivers took to the streets to protest high fuel and food prices. Reports from Ramallah, Tulkarem, Nablus, Hebron, Jenin, and Bethlehem indicate a growing number of daily actions to protest the cost of living. Targets of the protest include the Palestinian Authority in general and Prime Minister Salam Fayyad in particular. Protests are expected to continue in the coming days.

Palestinians take to streets in call for Fayyad to step down