Settlers built a Star of David made out of rocks on private Palestinian lands in the village of Shweika in the South Hebron Hills on Saturday. The settlers, who live in the illegal outpost Eshtamoa near the village, built the Star of David in order to obstruct Palestinian residents’ sheep from grazing, and as a crude way of marking territory. 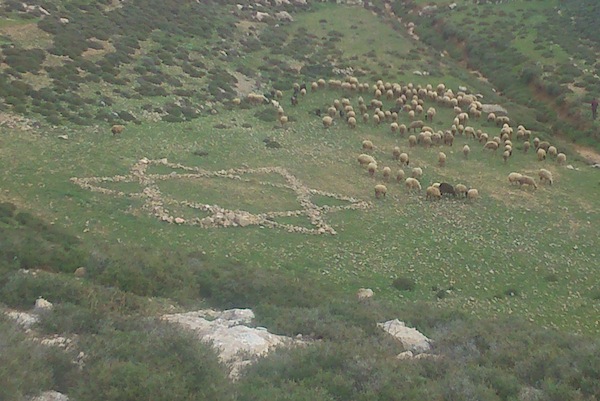 The army prohibits Israelis from entering the valley below the outpost since it is recognized as private Palestinian land. Therefore, the fact that they were able to build this giant Star of David indicates that the IDF is clearly not enforcing the order.

Last year, settlers from this outpost badly assaulted a Israeli Ta’ayush activist in this same spot.