After 44 days in an Israeli prison, 14-year-old Malak al-Khatib has returned to her family. Family members waited for al-Khatib Friday morning at the Jabara checkpoint in Tulkarem. 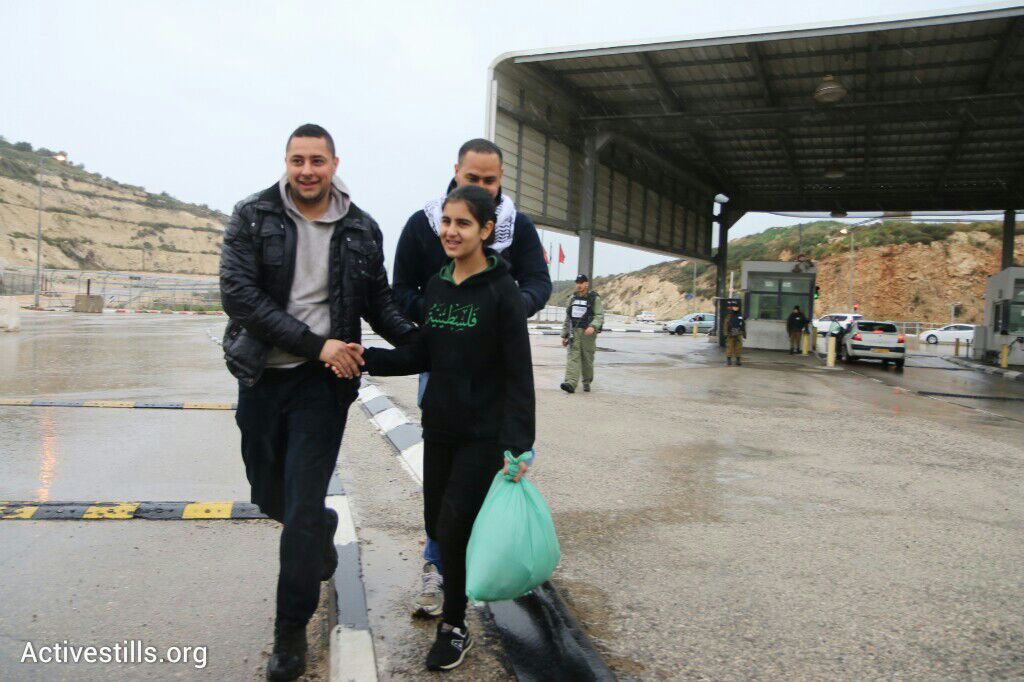 Al-Khatib, a 9th grader from the village Beitin near Ramallah, was arrested on December 31, 2014 near her school. Soldiers who were passing by claimed they saw her throwing stones, and that they found a knife in her backpack. She was taken to Ofer Military Prison, where she was interrogated and brought before a judge, who decided to extend her detention. Since then, she has been held at Hasharon Prison.

Al-Khatib, who became sick while in prison, was taken time and time again to court hearings at Ofer, including ones that never actually took place. On January 22, Malak’s attorney accepted a plea bargain offered by the military prosecutor, and the court sentenced her to 60 days in prison (including the 22 days she had already spent there), as well as a fine of NIS 6,000. The family claims that Malak was coerced into admitting she threw stones, and that they were unable to visit her throughout her detention. 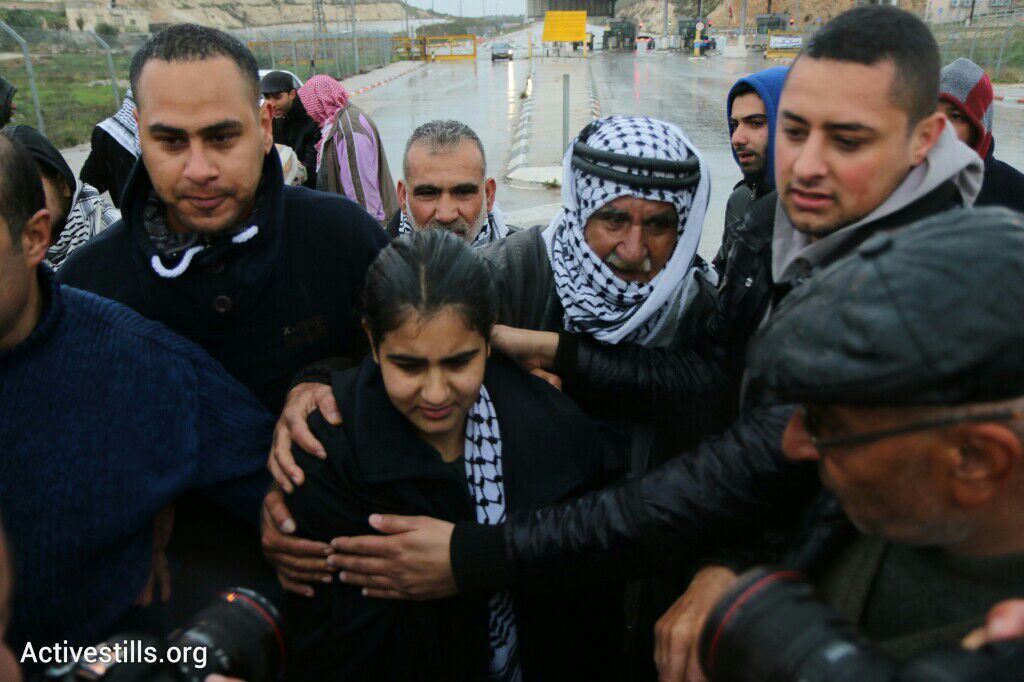 Al-Khatib’s story has raised controversy across the world over the last few weeks, leading activists to start several campaigns for her release. These campaigns eventually lead the military prosecutor to release a detailed statement [Hebrew] explaining why it is reasonable to jail a 14-year-old girl.

According to Ma’an News Agency, the Palestinian Prisoners’ Club estimates that 200 Palestinian minors are held in Israeli prisons. Only four are girls, with Malak being the youngest.

Related:
IDF suspends plan to minimize nighttime arrests of children
Detained: Testimonies from Palestinian children imprisoned by Israel
WATCH: Where kids are arrested for not having a mailbox