Weeks after an Israeli couple is injured in a firebomb attack, soldiers and civilians arrive to cut down Palestinian-owned olive trees in what one settler news outlet is calling the army’s own ‘price tag’ attack. 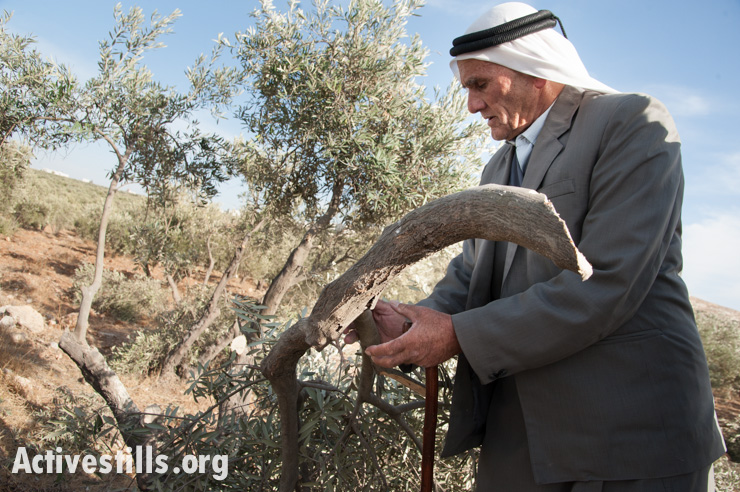 Israeli civilians accompanied by the military damaged or destroyed some 60 Palestinian-owned olive trees Monday in the West Bank village of Tuqu’. A headline on the Hebrew-language settler website Hakol Hayehudi stated: “The IDF does a ‘price tag’ of its own.”

Palestinian landowner Abed Rabo Jedua was among area residents who converged on the scene to confront the settlers, soldiers and presumed contractors cutting the trees. Israeli authorities then offered Jedua a “compromise” that he and other owners must cut and trim their own olive trees in the five rows nearest the road for a span of 500 meters. As of Tuesday morning, several Palestinian landowners had already begun to comply, presumably to limit the damage that would otherwise be done by Israelis.

Earlier this month, an Israeli couple was injured while driving along this stretch of West Bank road when their car was hit with a firebomb presumably thrown by Palestinian assailants. Settler activists have since attempted to erect protest tents in the area and have staged several demonstrations.

The victims of the military order to cut down trees, however, are not those who carried out the attack earlier this month, turning the destruction into what some are calling an act of collective punishment.

Article 33 of the Fourth Geneva convention states, “No protected person may be punished for an offense he or she has not personally committed…. Reprisals against protected persons and their property are prohibited.” 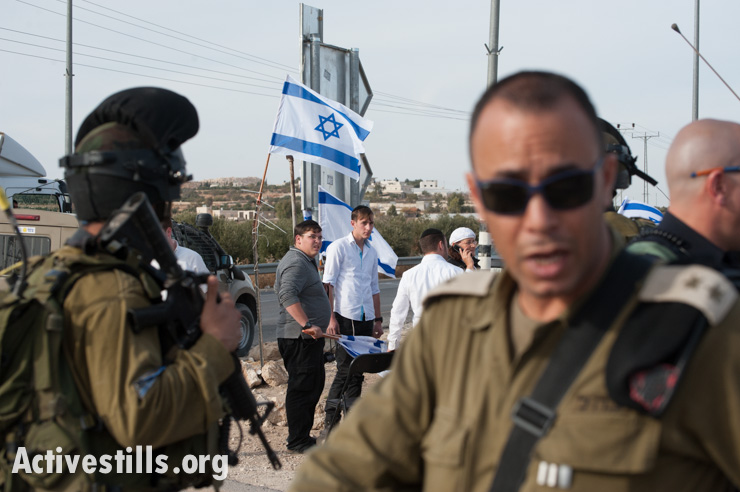 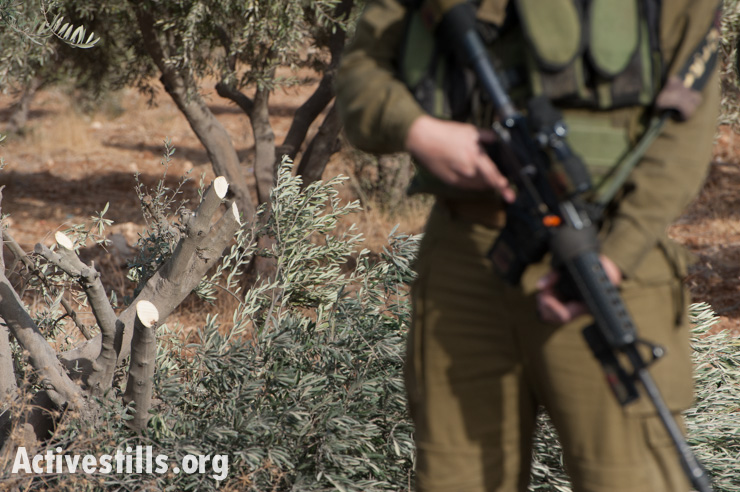 An Israeli soldier stands near olive trees in the West Bank village of Tuqu’ which were destroyed by Israeli civilians escorted by soldiers, November 25, 2013. (photo: Ryan Rodrick Beiler/Activestills.org) 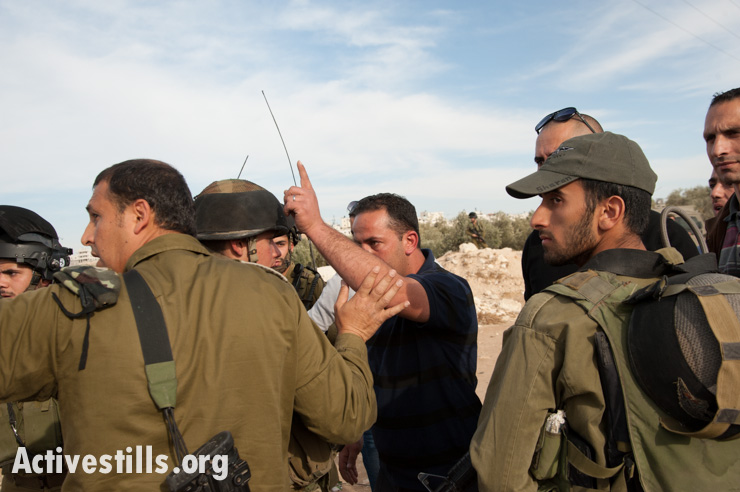