‘We will continue to come here until Gaza is free.’ 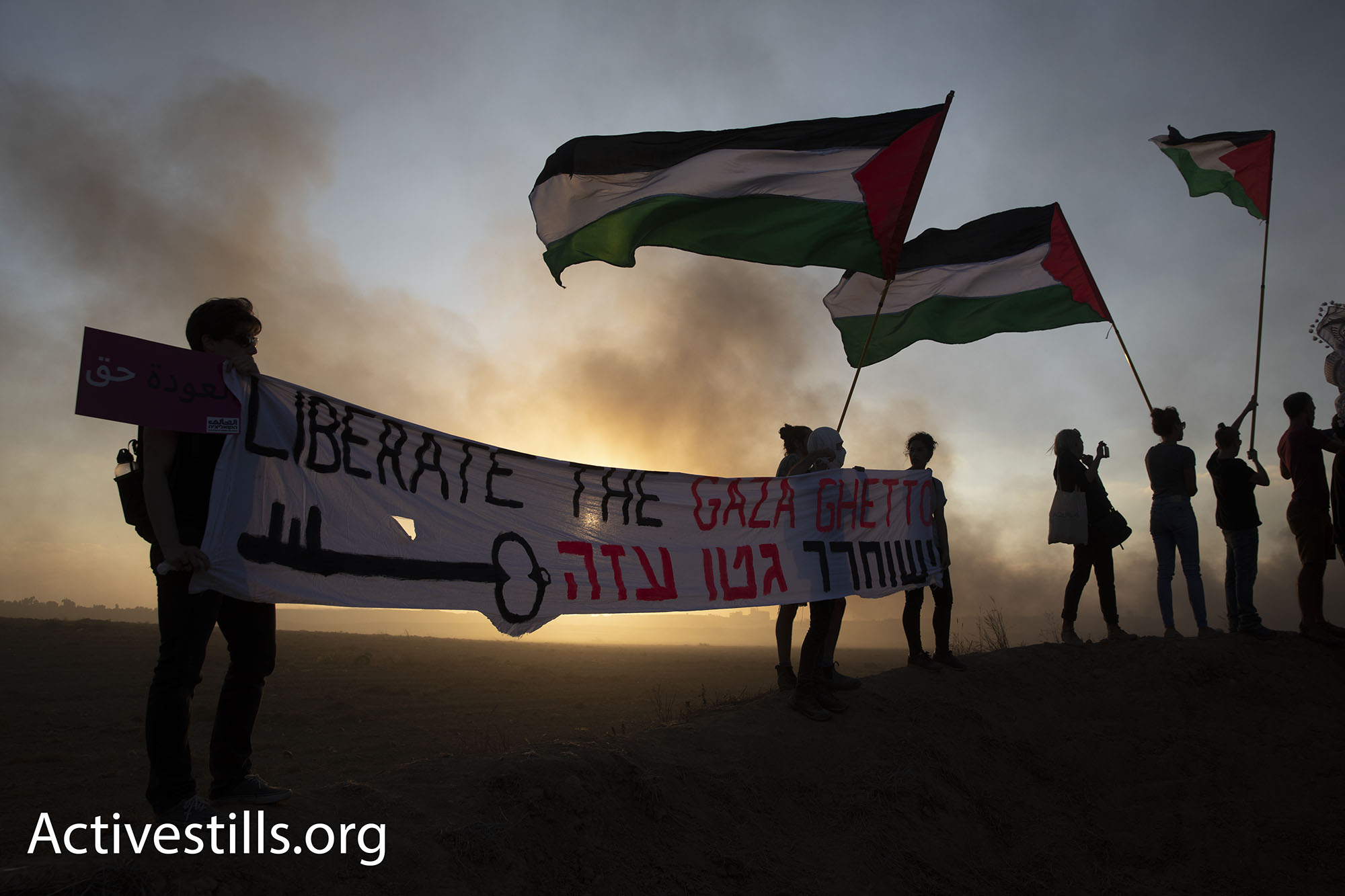 Dozens of Israeli and international activists protested on the Israeli side of the Gaza fence on Friday, in solidarity with the Great Return March protests in Gaza.

The activists, some members of organizations like Jews for Return and Coalition of Women for Peace, waved big Palestinian flags, chanted slogans, and carried posters supporting Palestinians’ right of return. They also held photos of Palestinians who were killed by Israeli forces during the Great Return March protests. 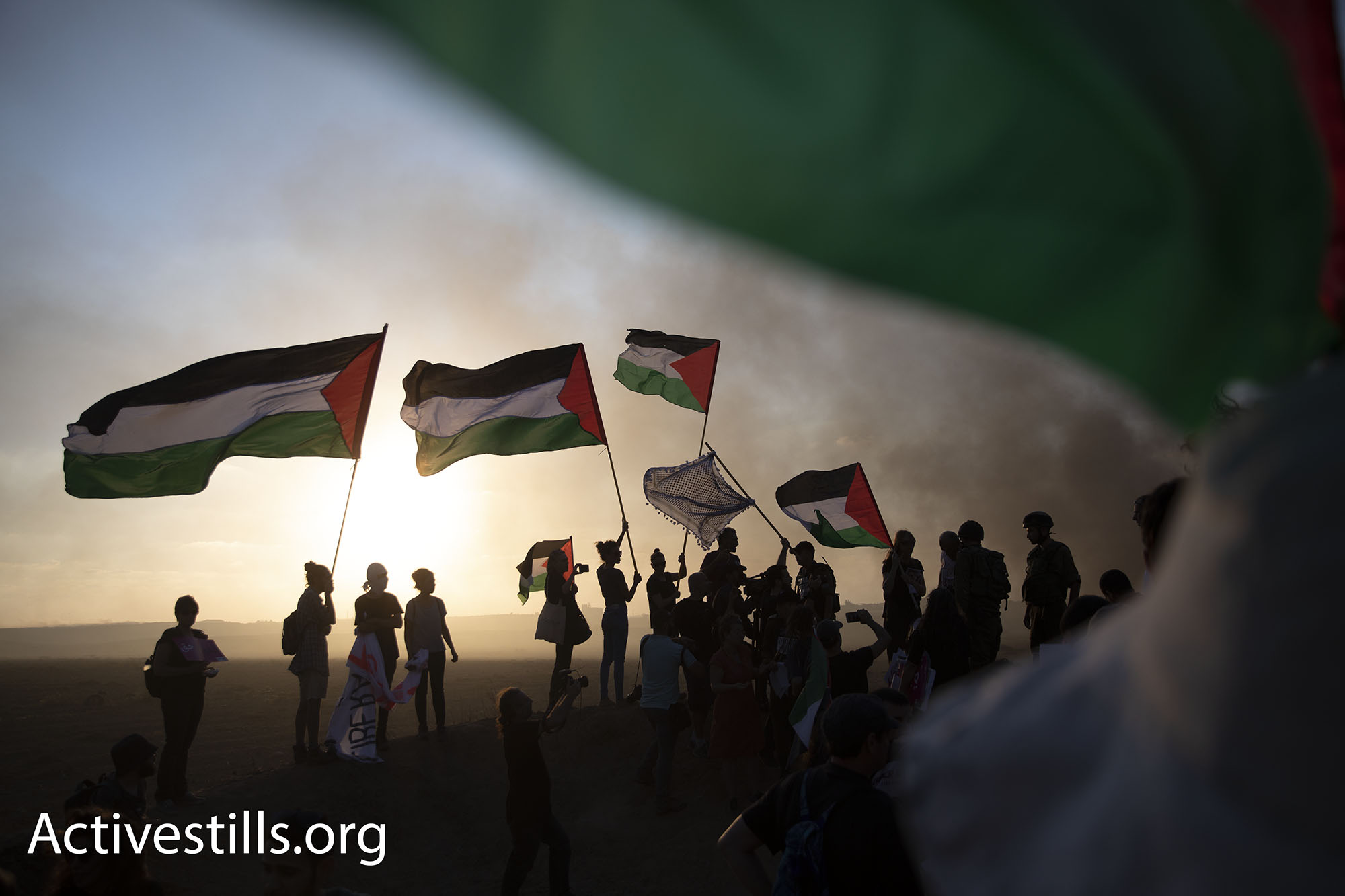 Dozens of Israeli and Palestinian activists protested on the Israeli side of the Gaza fence in solidarity with the Great Return March. Palestinian demonstrators responded with cheers of joy at the sight of the Palestinian flags. (Oren Ziv/Activestills.org)

From the Israeli side of the fence, activists could see the smoke from burning tires on the Gazan side, smell tear gas, and hear gunshots that Israeli soldiers fired at Palestinian protesters, as well as ambulances clearing the wounded.

“I am here in solidarity with the demonstrators in Gaza. We have been here before, and we will continue to come until Gaza is free,” said Neta Golan, one of the protest organizers. “The tear gas we inhaled is nothing compared to what the protesters in Gaza suffer. Showing up here is the least we could do, given the situation. I hope more people around the world will take action for Gazans who demand basic living rights,” she added. 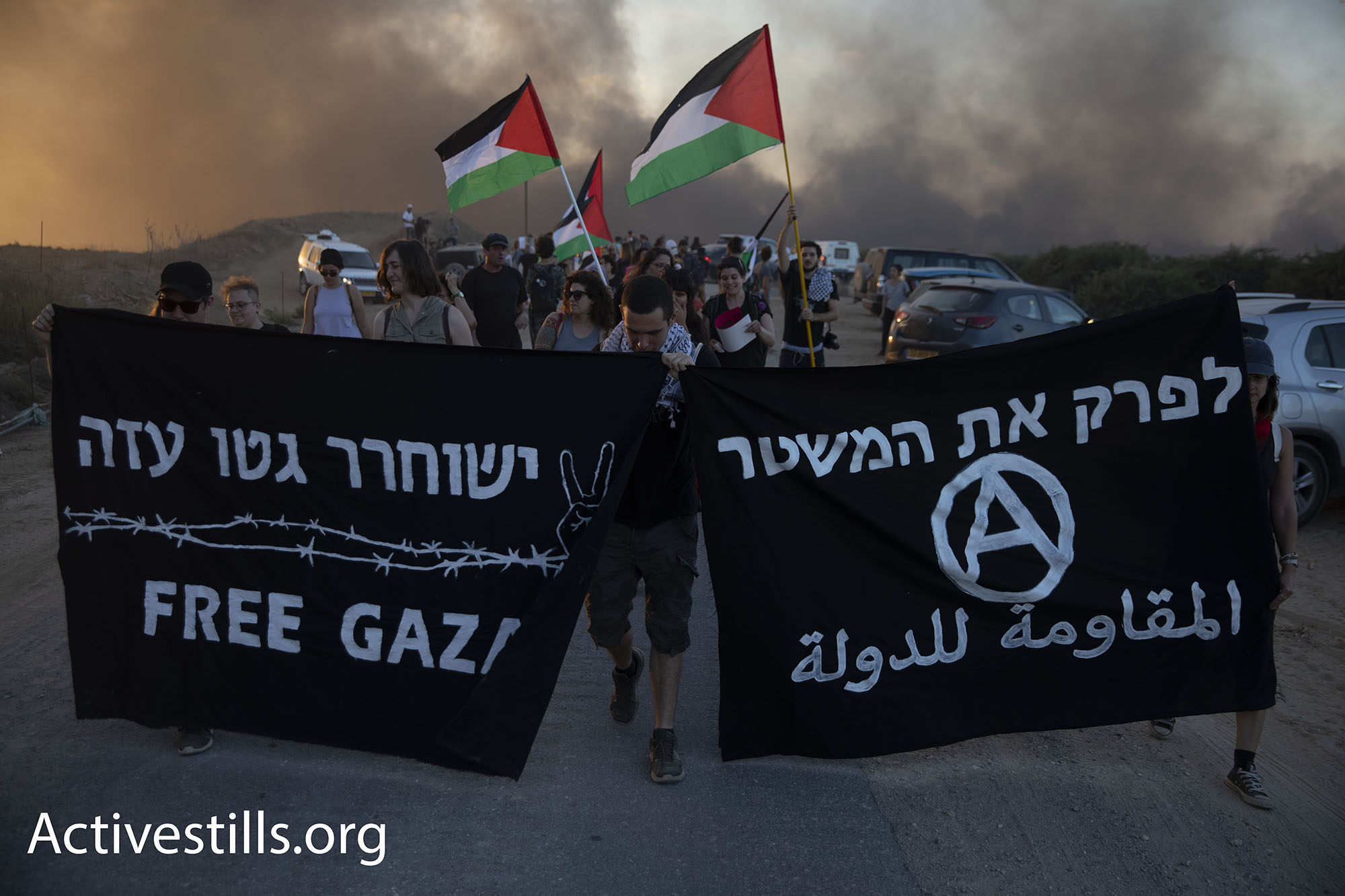 For many of the activists, the ability to come and witness first hand what is going on beyond the fence, inside Gaza, was an important goal in itself. (Oren Ziv/Activestills.org)

“We are standing here on two sides of the fence, both rejecting it,” said Jospeh Makiton, another protestor. “We coordinated the protest so that they [Gazans] could see us – something the [Israeli] government has been trying to prevent for years.”

On the Palestinian side, demonstrators responded with cheers of joy. “I would like to praise everyone who is protesting in solidarity with us,” said one of the Great Return March organizers in Gaza, Isam Hammad, in a phone call with the activists on the Israeli side. “We are protesting for return, and against the siege that we have been living under for the past 12 years. We hope to see you here every Friday, and hope that every person in the world will learn about our situation. You cannot leave people in prison for so long and deprive them of proper living conditions, with no possibility of returning to our homes, which we were exiled from in 1948.”

With gunshots in the background, Hammad continued: “We want to live in peace. I hope that our actions can prove to people that we can choose life over death.” 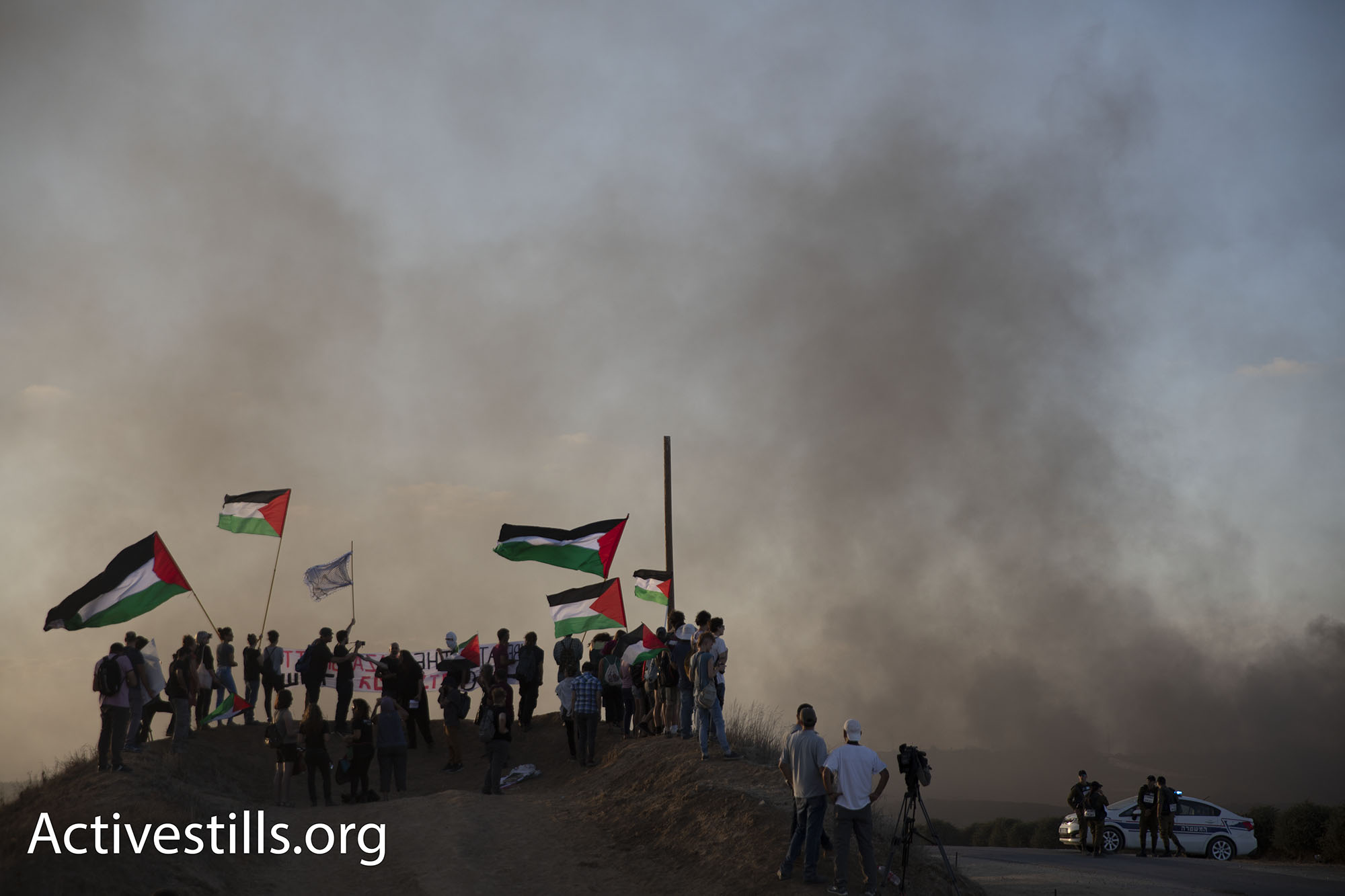 Activists on the Israeli side of the Gaza fence could see the smoke from burning tires, smell tear gas, and hear gunshots that Israeli soldiers fired at Palestinian protesters. (Oren Ziv/Activestills.org)

Soldiers stationed at the location of the protest remained indifferent to it, but called for backup. A few residents of a nearby kibbutz demanded that the activists leave, and snatched Palestinian flags from them. An hour into the protest, senior officers arrived and asked activists to clear the scene.

The protest today follows a series of recent solidarity events on the Israeli side of the fence, including a joint tea party.