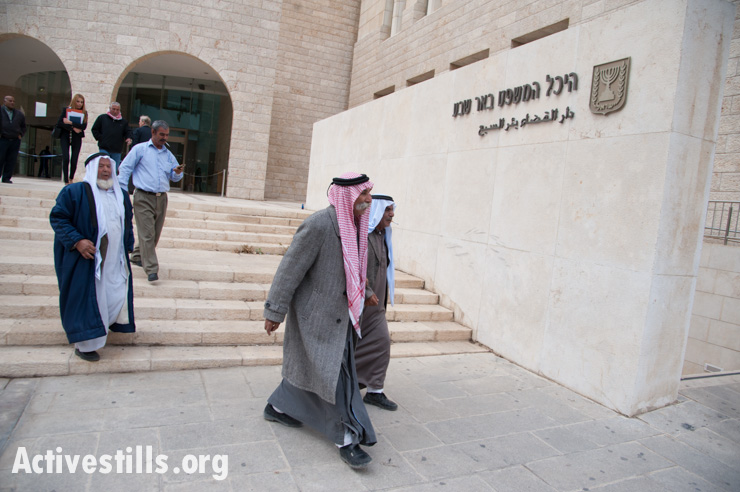 Sheikh Sayah Aturi leaves the Be’er Sheva Court after winning his appeal to be allowed to return to his home village of Al Araqib, Israel, December 10, 2013. (photo: Ryan Rodrick Beiler/Activestills.org)

Sheikh Sayah Aturi returned to his home village of Al Araqib today (Tuesday) for the first time since his arrest on November 20. On that day, Al Araqib was demolished for the 62nd time while most of its residents were busy protesting in Jerusalem outside of the Knesset during committee debates on the Prawer Plan. This plan threatens to displace some 40,000 Bedouin citizens of Israel living in “unrecognized” villages in the Negev. 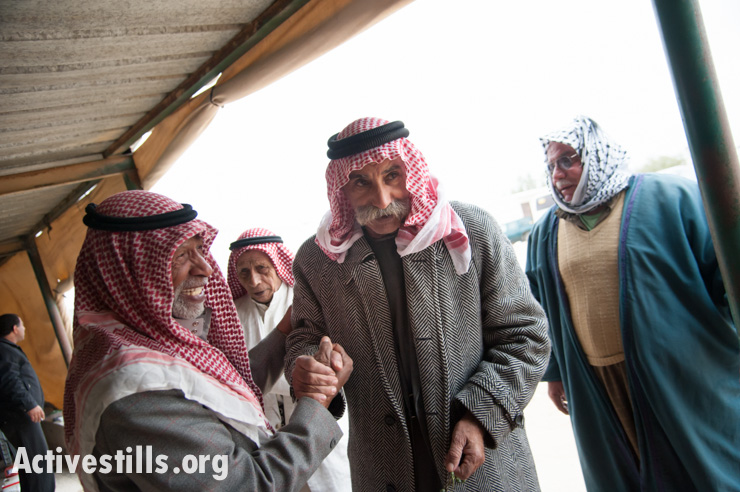 Sheikh Sayah Aturi returns to his village of Al Araqib, Israel, after winning a court appeal granting him access to his land. (photo: Ryan Rodrick Beiler/Activestills.org)

Village head Sheikh Sayakh was one of the few residents to stay behind, which led Israeli authorities to arrest him for “trespassing” on “state-owned land” (despite the fact that the question of land ownership of the land is still being debated in court). Sayah remained in detention for over one week after refusing to sign an order that would force him to stay away from the village. 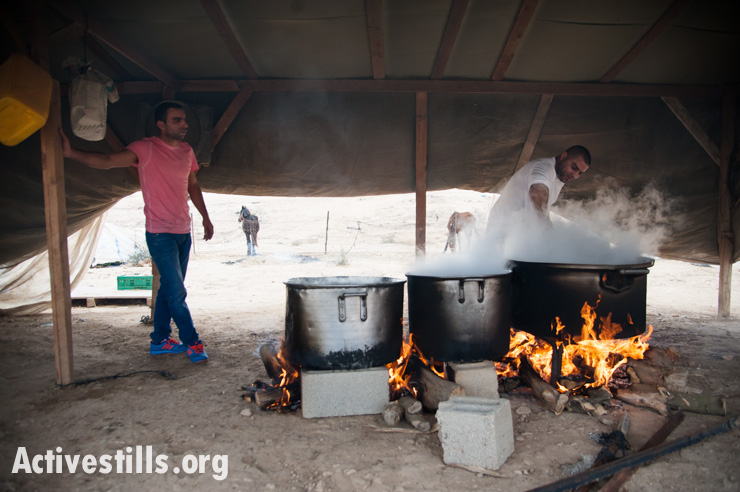 Upon Sayah’s release from jail, he was ordered to remain outside Al Araqib until a higher court could rule in the matter. In the meantime, he lived in a protest tent outside a local police station. On Tuesday, the Be’er Sheva court finally ruled that Sheikh Sayah could return to his home. 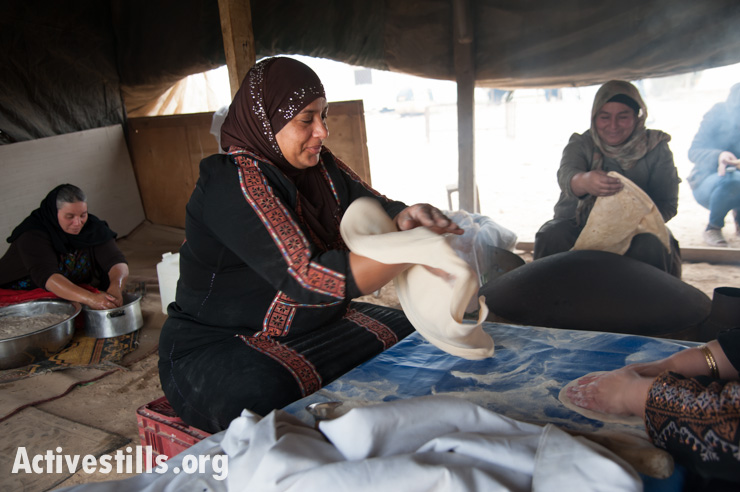 Village residents celebrated Sayah’s return with a feast of roasted lamb and goat eaten with shraq flatbread and sweets. Al Araqib, the dwellings of which are now primarily confined to its cemetery grounds as the only place safe from repeated demolitions, lies on land where the Jewish National Fund plans to create a new forest. 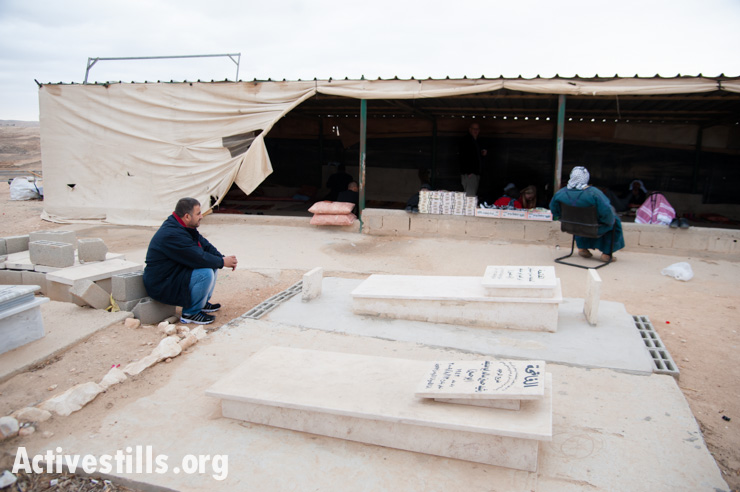 Residents of Al Araqib gather in a tent built on the grounds of the village cemetery, the only place safe from repeated demolitions by Israeli authorities. (photo: Ryan Rodrick Beiler/Activestills.org)