The number of dead has reached at least 620 mostly civilian Palestinians and 31 Israelis, 29 of them soldiers. Another day in Gaza between bombed houses, destruction and displaced people. 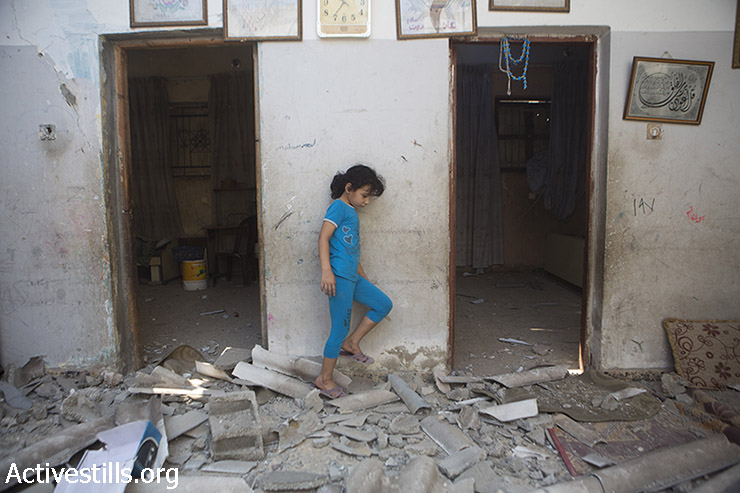 A child of Diab Bakr is seen amidst the rubble of her home, which was destroyed the previous night by Israeli missiles, in As-Shati refugee camp, Gaza City, July 22, 2014. Another home of the extended Bakr family was also destroyed and one other damaged. Another member of the family, Hassan Khader Bakr, was killed in an attack in the street. (Anne Paq/Activestills.org) 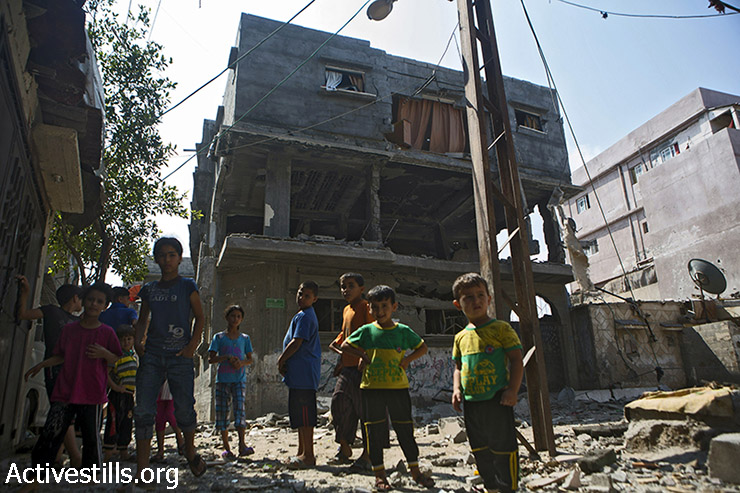 Members from the extended Bakr family stand outside their destroyed houses in As-Shati refugee camp, Gaza City, July 22, 2014. Their cousins, who live in the same area, lost four children, Ahed (10), Zacharia (10) and Mohamed (9) when they were targeted by Israeli attacks while playing on the beach on July 16, 2014. (Anne Paq/Activestills.org) 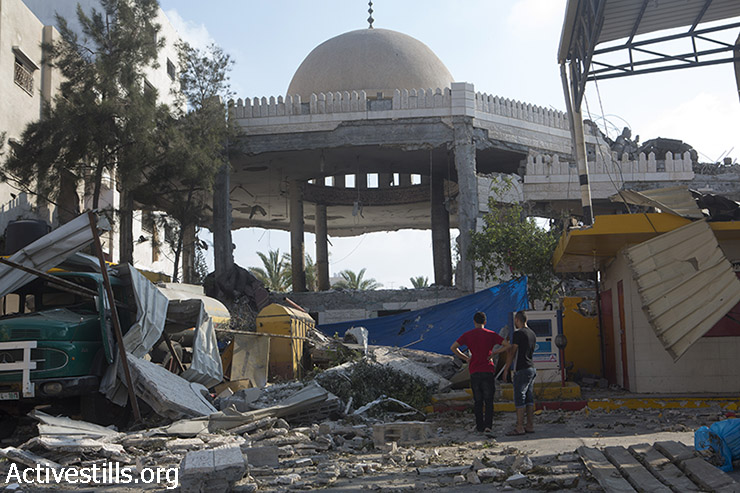 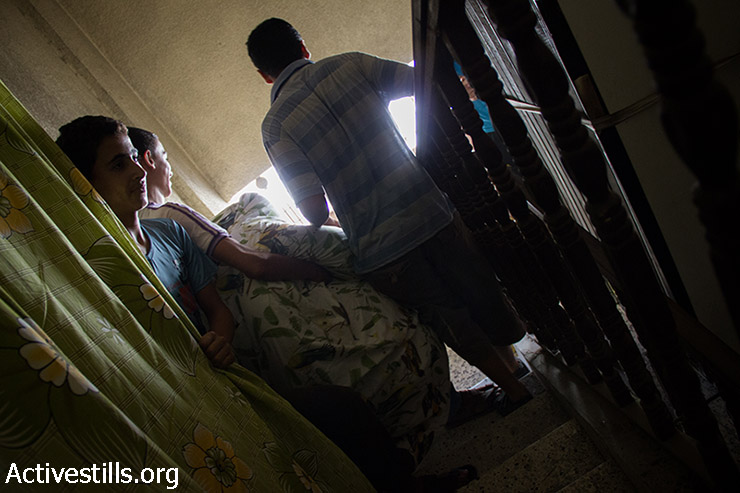 Residents of the Hashem building evacuate their apartments after the building was heavily damaged by an Israeli air strike over Al-Sabbra neighborhood. (Basel Yazouri/Activestills.org) 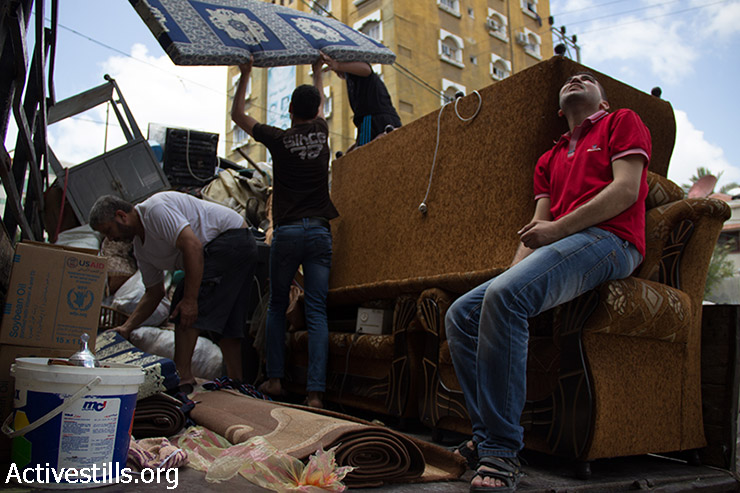 Residents of the Hashem building evacuate their apartments after the building was heavily damaged by of an Israeli air strike over Al-Sabbra neighborhood. (Basel Yazouri/Activestills.org) 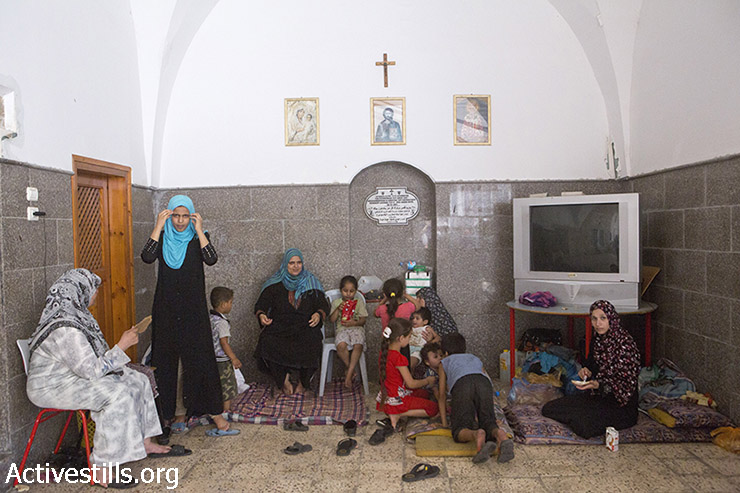 Palestinians sit inside central Gaza City’s Church of St. Porphyrius, where they find refuge, July 22, 2014. UNRWA states that they are sheltering more than 110,000 displaced Palestinians in UNRWA schools, but the total number is much higher. (Anne Paq/Activestills.org) 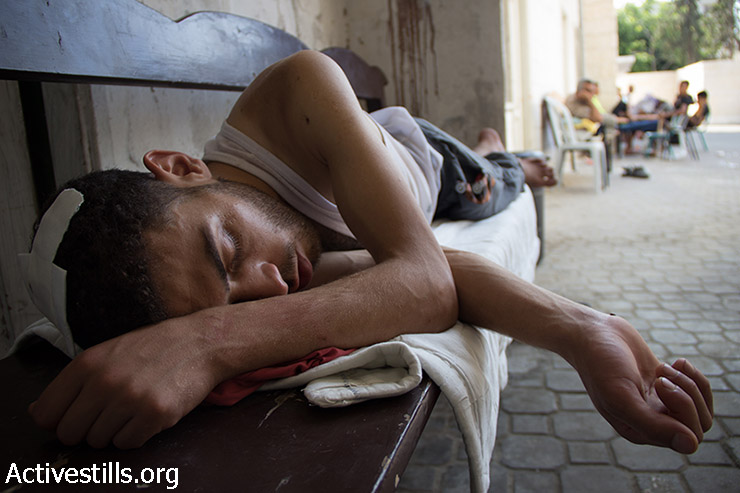 Majed Qasem Al-Jammal, 22 years old, was injured when an Israeli F16 targeted the cemetery of St. Porphyrius Church. The church has opened its doors for  people who were forced to evacuate their houses because of the Israeli attacks over their neighborhood. (Basel Yazouri/Activestills.org) 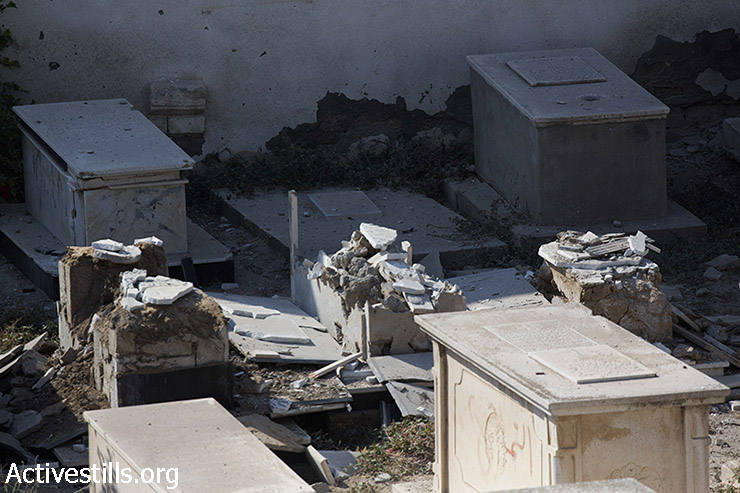 A view on the damages caused by an Israeli attack on the cemetery next to Gaza City’s Church of St. Porphyrius where scores of Palestinians have taken refuge, July 22, 2014. Israeli attacks have killed 620 Palestinians and injured more than 3,700 in the current offensive, most of them civilians. (Anne Paq/Activestills.org)

Related:
Why do Palestinians continues to support Hamas despite such devastating losses?
‘Finish the job’
Palestinian human rights leader: ‘Cast Lead was a joke compared to this’