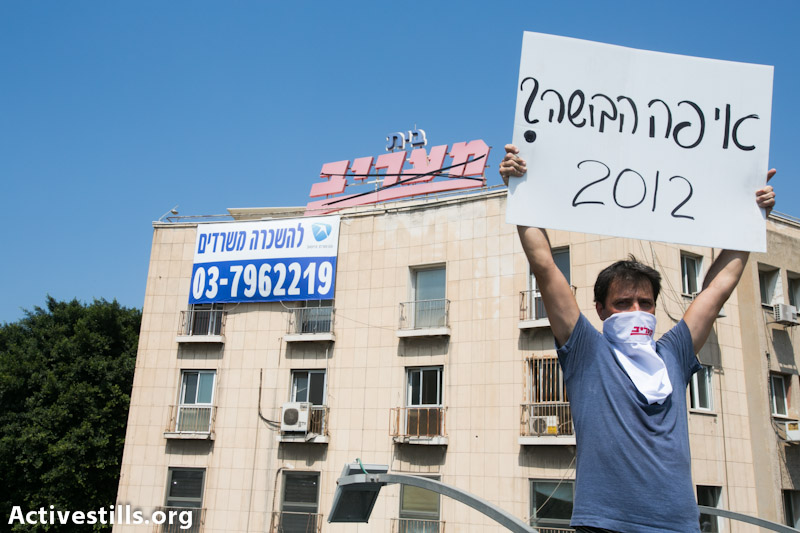 A “Maariv” daily newspaper employee protests the planned selling of the media group to a to rightwing publisher, September 11, 2012. (photo: Yotam Ronen/Activestills.org)

Two of the three leading veteran papers in Israel are in deep trouble:

Several hundreds workers of the Maariv daily – the 3rd largest in Israel – held a protest this afternoon, occasionally blocking traffic on one of Tel Aviv’s busiest highways. Maariv was reported to have been sold by its owner, business tycoon Nochi Dankner, to rightwing publisher Shlomo Ben-Zvi. It was made public yesterday that the 2,000 people working at the paper will be fired, and only several hundred may be re-hired under the new ownership. The newly formed union of Maariv workers has also discovered that there aren’t any funds left to pay the compensation required by the law for employees who have been let go. 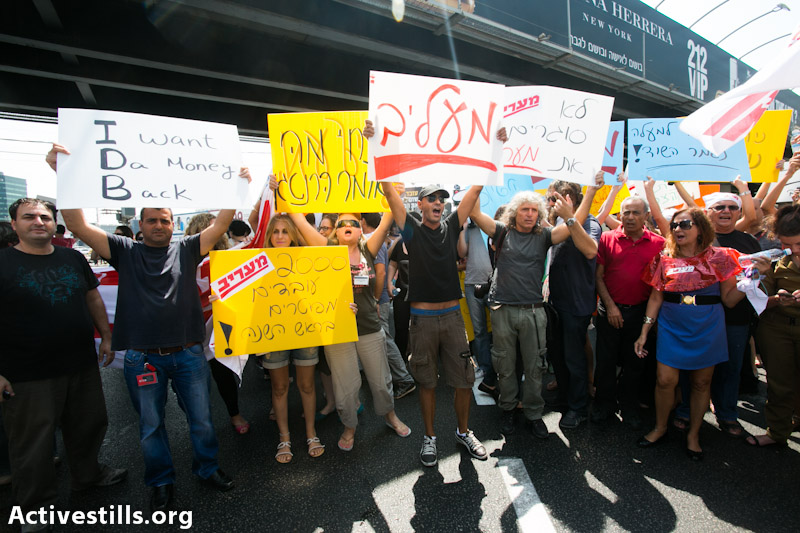 A couple of hours earlier and three kilometers to the south, Haaretz journalists had a small protest inside their building, with some storming the management floor. Haaretz is set to fire up to 20 percent of its employees in the coming month. 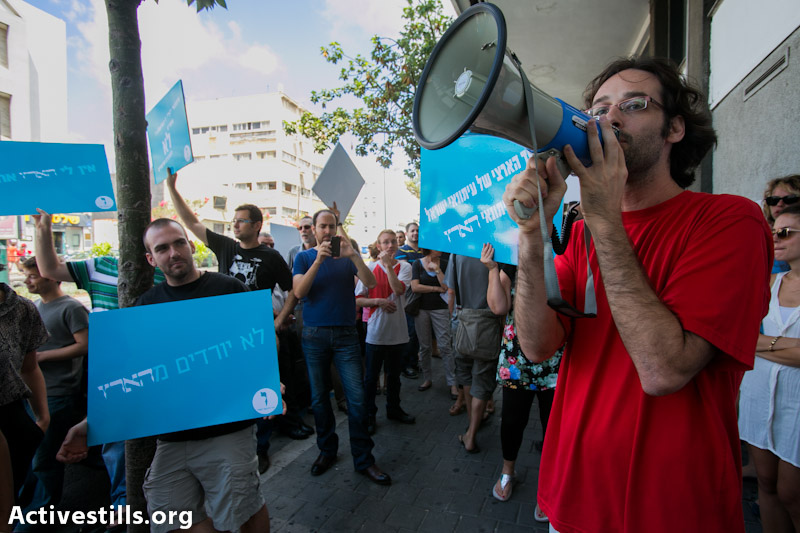 “Haaretz” newspaper employees demonstrate in front of the newspaper’s offices in Tel Aviv on August 28, 2012. The workers are protesting against the management’s job-cutting plan, and for workers’ rights to be secured. (photo: Yotam Ronen/Activestills.org)

Journalists are also expressing concern over the fate of Channel 10, which has been facing the threat of immediate closure for over a year, as the Knesset has refused shareholder request to postpone the payment of a relatively modest license fee. In the past, it was said that Netanyahu’s coalition was reluctant to help the channel after it aired some investigative pieces critical of the prime minister and his wife. Journalists working for Channel 10 have recently formed a new union, and are threatening to disrupt broadcasting if major cuts do take place. 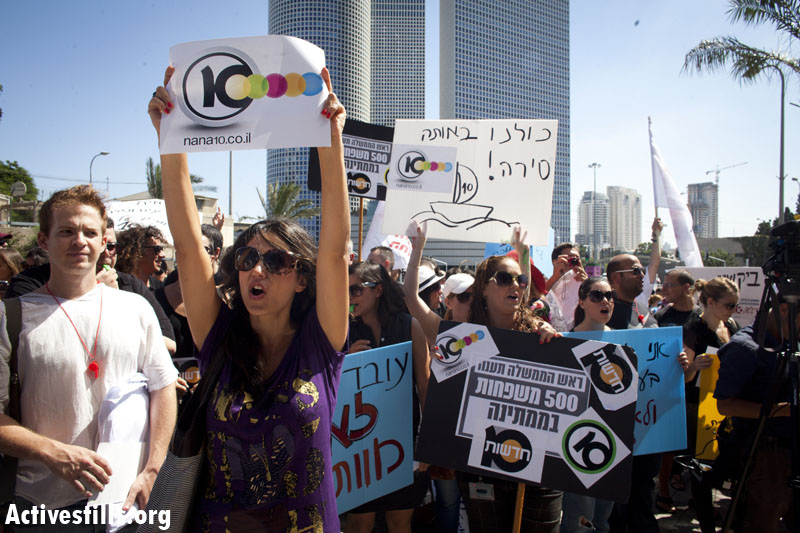 Israeli television Channel 10 workers protest in front of government offices in Tel Aviv against the threatened closure of the channel and the decision to fire 150 employees as a result of a financial struggle. The workers called for a government-backed installment payment plan which would enable the channel to receive a new license in January 2013. (photo: Oren Ziv/ Activestills.org)

Perhaps the only media organization that won’t face cuts or a threat of closure is the pro-Netanyahu Israel Hayom, today the most widely read paper in Israel. Israel Hayom is published and distributed for free, at considerable loss, by Sheldon Adelson, an American billionaire and a close friend and supporter of Netanyahu. 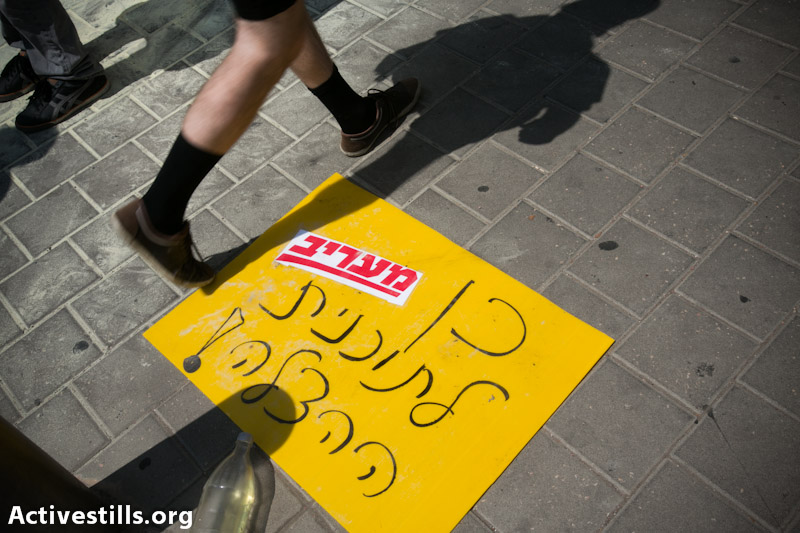 A sign calling for a rescue plan lies on the ground during a demonstration where “Maariv” newspaper employees protested against the planned selling of the media group and resulting layoffs, September 11, 2012. (photo: Yotam Ronen/Activestills.org)