A theater troupe made up of both asylum seekers and Israelis puts on their debut performance — and lets the audience choose the ending. 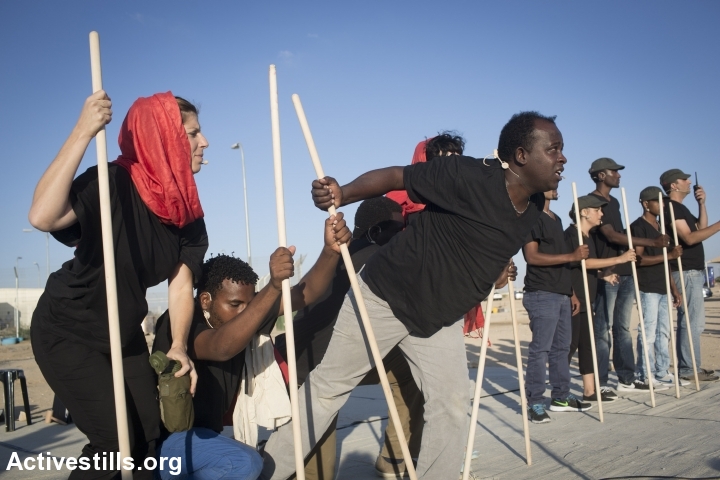 Israelis and African Asylum seekers jailed in Holot preform during a theatre show outside the Holot detention center in the Negev desert, June 13, 2015. (photo: Oren Ziv/Activestills.org)

Nearly 1,000 asylum seekers and Israelis arrived at Holot detention center on Saturday to watch the premier of a play put on by the Holot theater troupe just outside the facility. 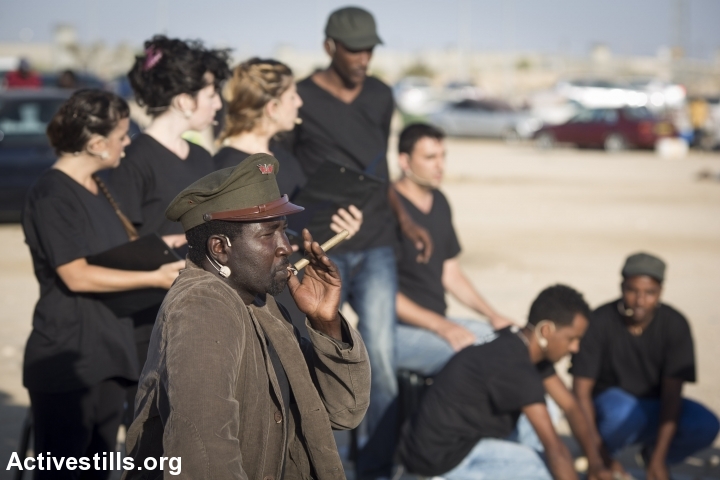 The play — directed by Avi Mughrabi and Chen Alon, which includes refugees jailed in Holot as well as Israelis — tells the story of Eritrean asylum seekers. The actors depict the escape from forced labor in Eritrea, torture in Sinai, life in Israel, being arrested, and the experiences in Holot. 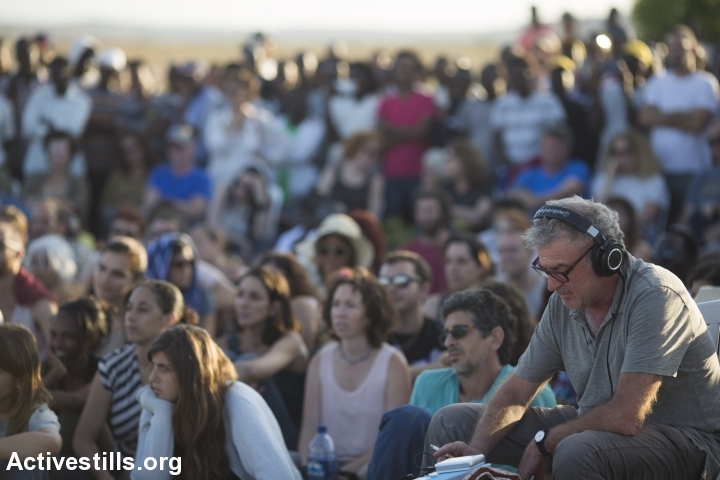 At the end of the show, Alon got up and invited the crowd to re-write the end of the play in order to propose a new solution for the asylum seekers. The crowd made suggestions, which the actors then performed on the spot. 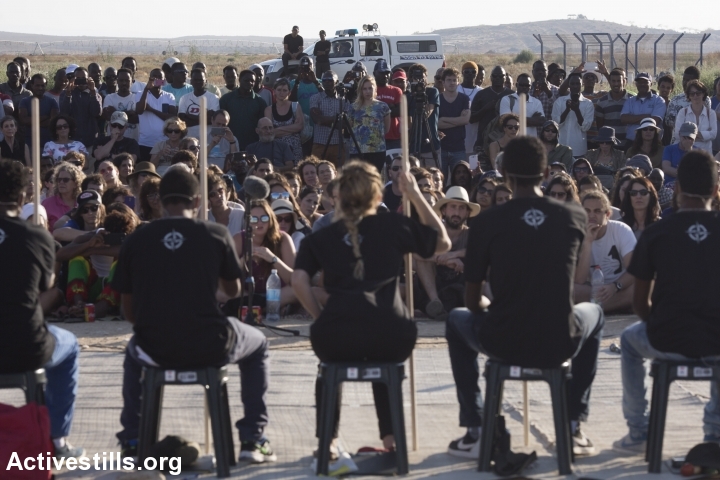 Israelis and African Asylum seekers jailed in Holot preform during a theatre show outside the Holot detention center in the Negev desert, June 13, 2015. (photo: Oren Ziv/Activestills.org)

The Israeli government has sent thousands of Eritrean and Sudanese asylum seekers to Holot, an open detention center in the Negev Desert, since December 2013. Inmates are allowed to leave the premises, but must report back several times a day. Israeli NGOs have successfully petitioned the High Court to shut down the facility; however the government, unmoved by the High Court’s order, has repeatedly passed a replacement law that would leave the detention center open while somehow feigning compliance with the court’s order.

In March, the Israeli government announced that it would begin deporting asylum seekers from Sudan and Eritrea to Uganda or Rwanda, or force them to face unlimited imprisonment in Israel. In April, three Eritrean asylum seekers and former Holot detainees were executed by Islamic State militants in Libya.

Related:
ISIS executes three asylum seekers deported by Israel
Israel to indefinitely imprison refugees who refuse deportation
‘I believed them when they said I could stay in Uganda’