Thousands of women demonstrate across Israel against gender violence and the police’s unwillingness to fight it. 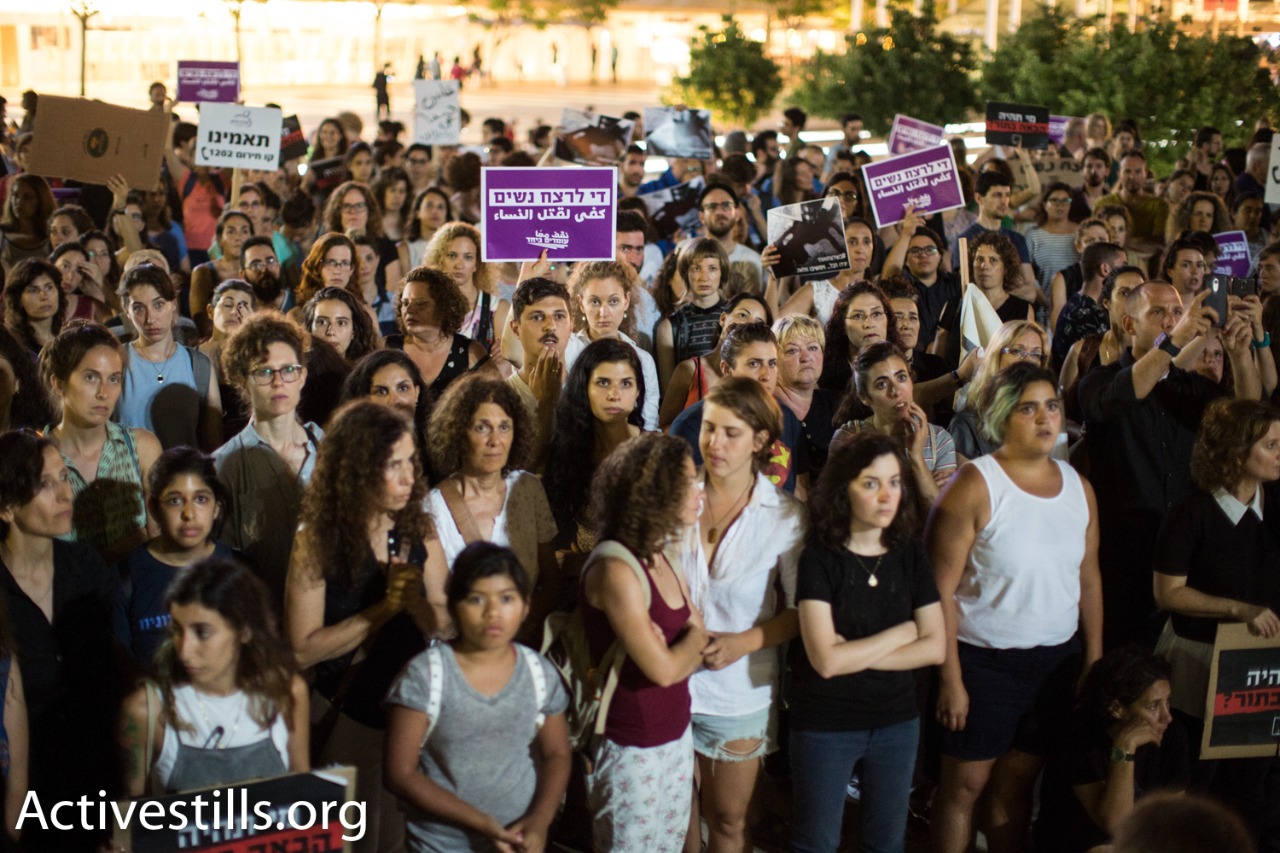 Over 1,000 women and men demonstrated in Tel Aviv’s Habima Square on Saturday night following the murder of four women by their family members over the past week. 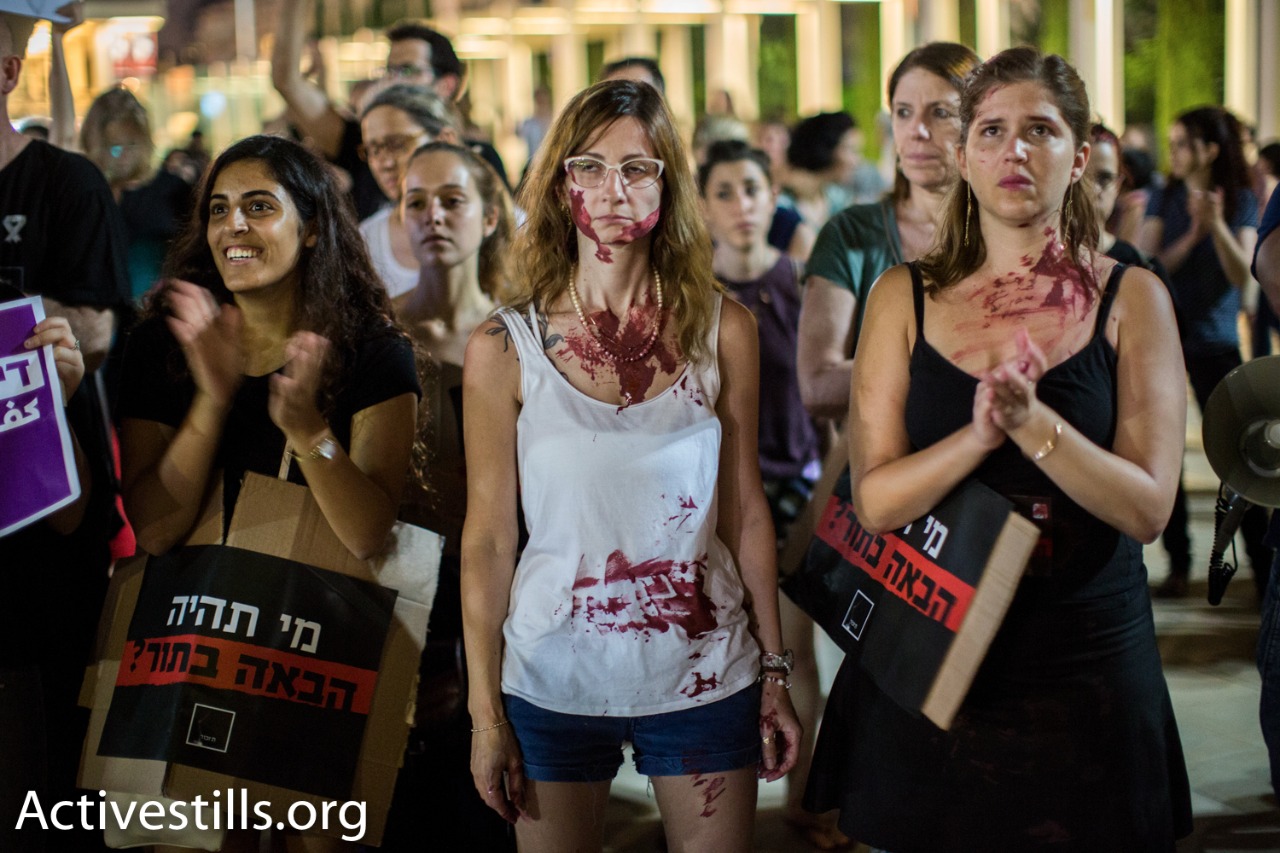 The protesters, who directed much of their anger at Israeli police’s inability or unwillingness to bring the perpetrators to justice, chanted slogans such as “twenty women a year — where is the state?” “Bibi, Bibi, wake up — the blood of women is not cheap,” and called for a “women’s intifada.” Fourteen women have been murdered by spouses or family members in Israel since the beginning of the year.

The rally in Tel Aviv, which was organized by the “Tizkor” movement, included speeches by victims of gender violence, including Michal Greenwald, whose father murdered her mother. +972 Magazine and Local Call blogger Samah Salaime also spoke to the crowd about the connection between women’s struggles against violence, the police turning a blind eye to murders in Arab society, the illegal weapons that make their way from security forces to the streets, and called on protesters to burn tires rather than light remembrance candles. 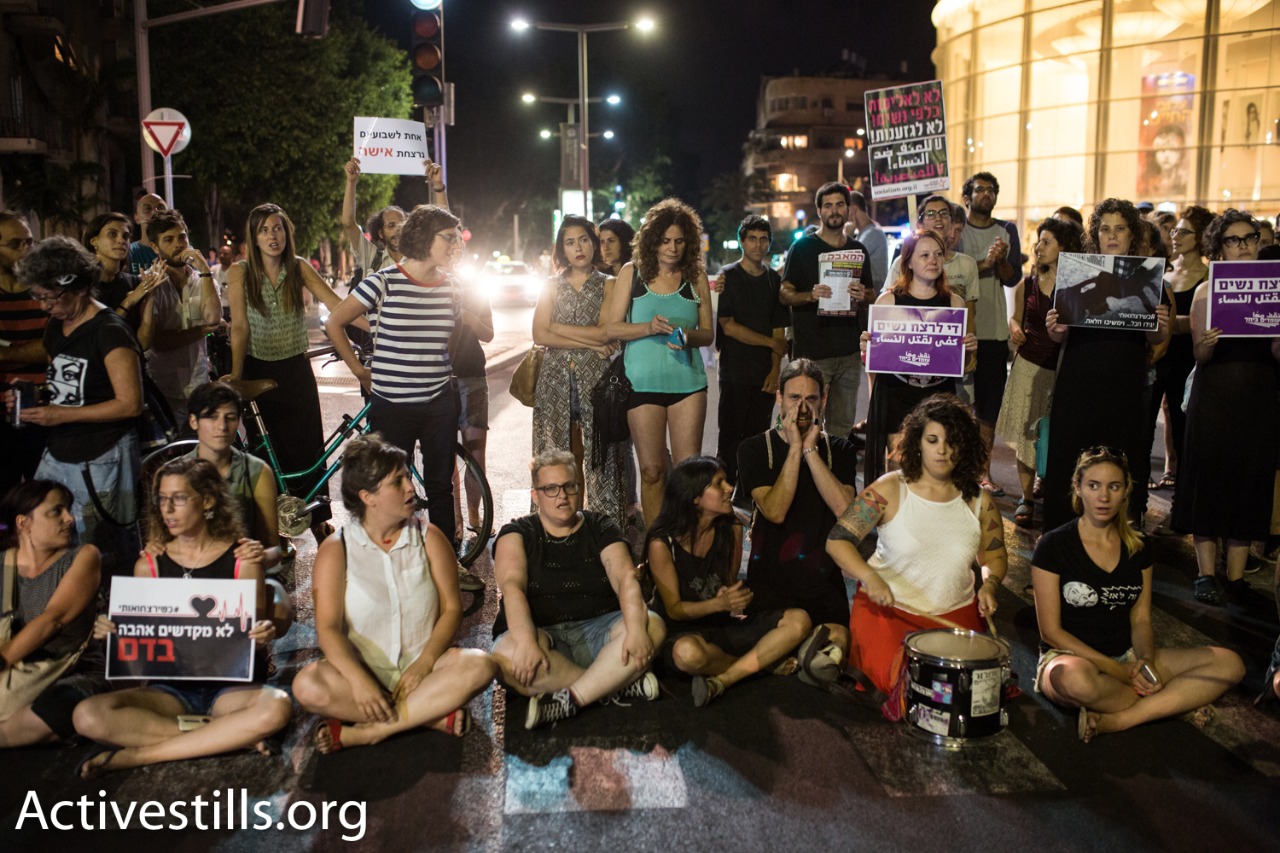 A representative from the Women’s International Zionist Organization (WIZO) also spoke, but quickly left the stage after being heckled by a group of Mizrahi feminist activists. WIZO was said to be heavily involved in the disappearance of hundreds of Yemenite babies in the first years of the state. 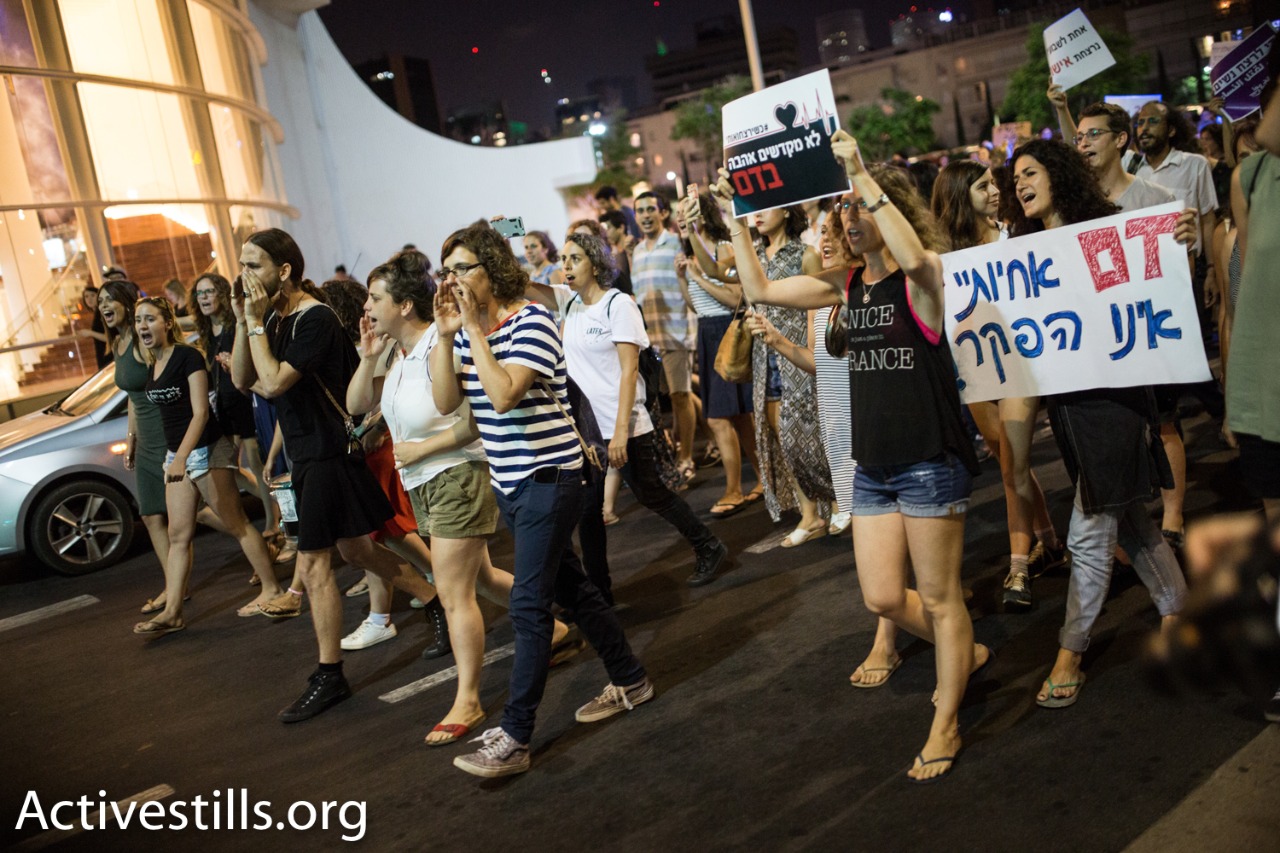 At the end of the rally, dozens of activists blocked traffic on Rothschild Boulevard. The police informed the protesters that they were partaking in an illegal demonstration, but were outnumbered by hundreds of other demonstrators who joined and spontaneously began marching through the streets of central Tel Aviv. The police eventually gave up on trying to disperse the protest and allowed the march to continue for over an hour.