Hundreds demonstrated in central Tel Aviv against the dire living conditions for the residents, refugees and foreign workers who live in south Tel Aviv. 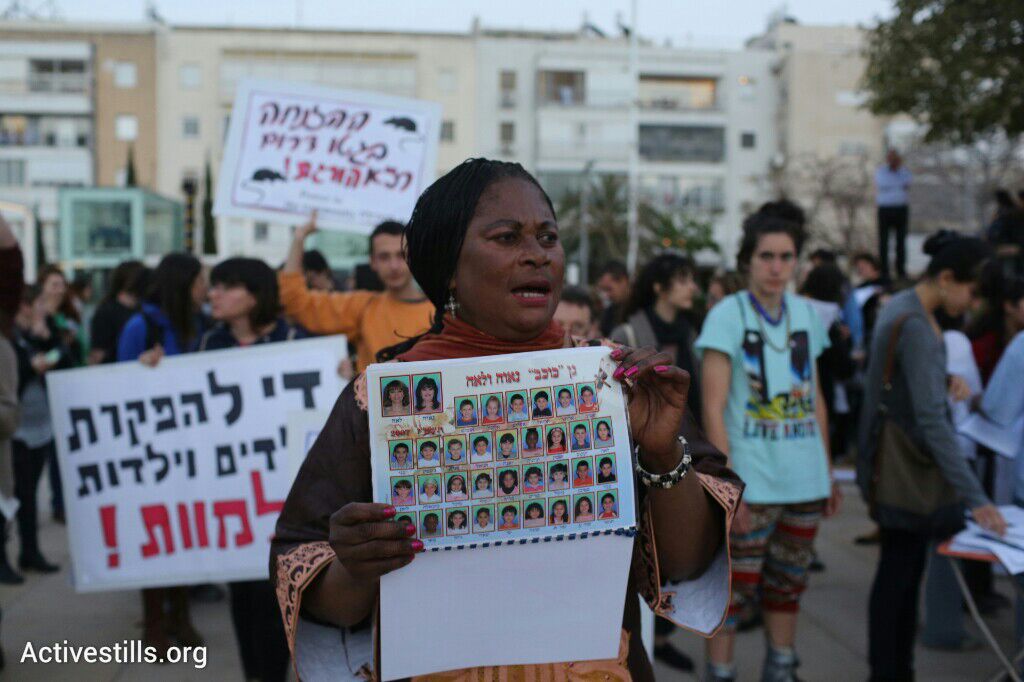 Approximately 300 Israelis, asylum seekers and foreign workers protested Sunday evening at Habima Square in central Tel Aviv against the living conditions in south Tel Aviv, which have led to the death of five refugee children in makeshift daycare centers over the past few months.

The daycare center – also known as “babysitters” in the community – are often run in private homes, in unsanitary conditions, with few, untrained staff members, poor food and no proper equipment. 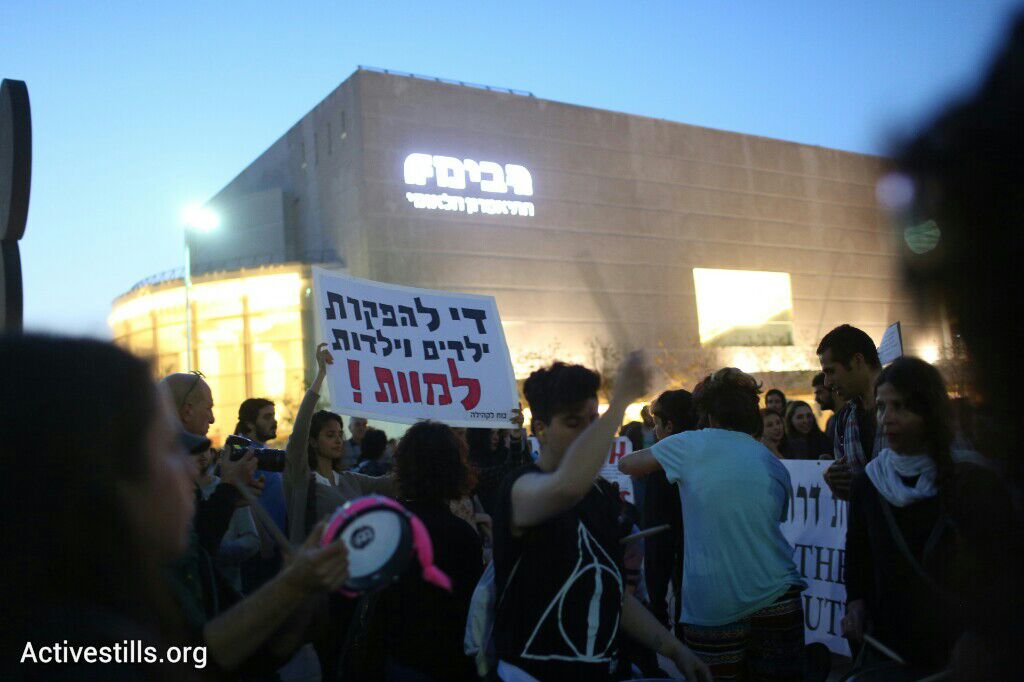 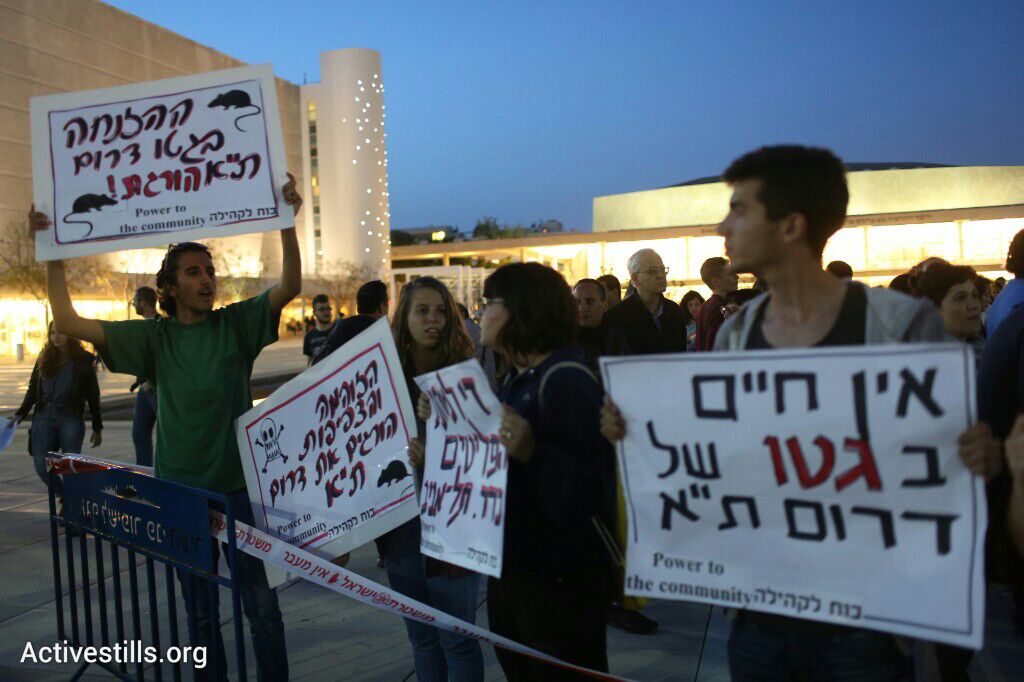 Protesters wave signs during a demonstration against the poor living conditions in south Tel Aviv, April 19, 2015. Sign (right): “There is no life in the ghetto of south Tel Aviv.” (photo: Oren Ziv/Activestills.org)