20-year-old Jamal Dwekat was shot during clashes in the West Bank village of Balata, after Israeli soldiers raided the village and guarded Jewish Israeli civilians who prayed at Joseph’s Tomb nearby.

Photos and text by Ahmad al-Bazz 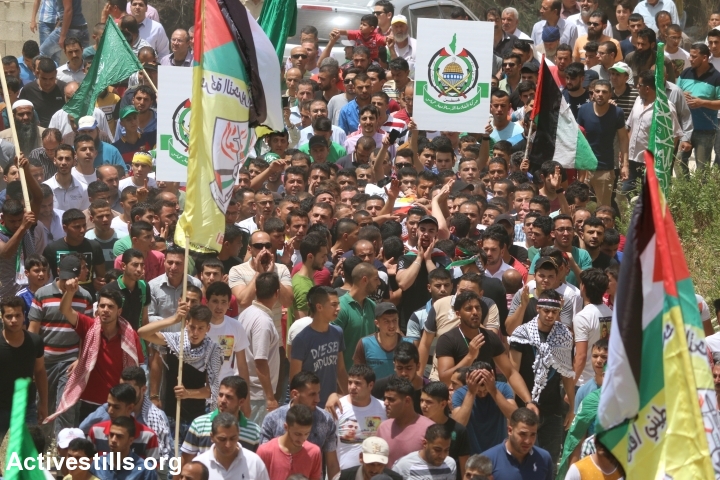 Hundreds of Palestinians took part in the funeral of Jamal Dwekat on Wednesday, after was killed during clashes with Israeli soldiers near Joseph’s Tomb in the West Bank village, Balata , just outside Nablus.

Dwekat, 20, was among dozens of Palestinian youth who clashed with army last Friday after soldiers raided the village around midnight last Friday to stand guard as Jewish Israeli civilians prayed at the tomb. 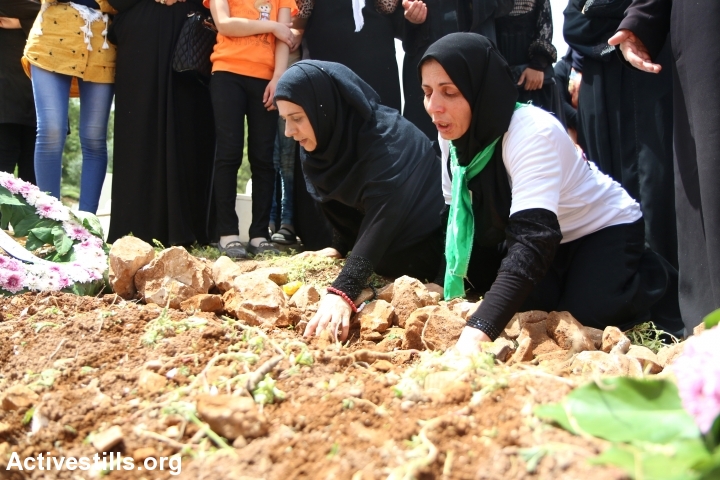 The mother of Jamal Dwekat mourns during her son’s funeral in the village of Balata, near Nablus, West Bank, June 8, 2016. (photo: Ahmad al-Bazz/Activestills.org)

According to reports, several Palestinian youth were wounded by both live ammunition and tear gas after they attempted to block the main road of the village and threw stones. Dwekat was evacuated to an Israeli hospital, where he died of his wounds on Monday, according to the Palestinian Ministry of Foreign Affairs.

During the funeral, Palestinians chanted against the army’s frequent night raids, which are usually accompanied by a strict curfew on Balata’s Palestinian residents. One of Dwekat’s family members condemned “Palestinian-Israeli security coordination” around Joseph’s Tomb, saying it is “shameful” when Palestinian security forces guard the tomb all the time, only leaving “once Israeli occupation forces raid the city.” From an Israeli point of view, the military escort is essential to prevent stone throwing at the Jewish worshippers. 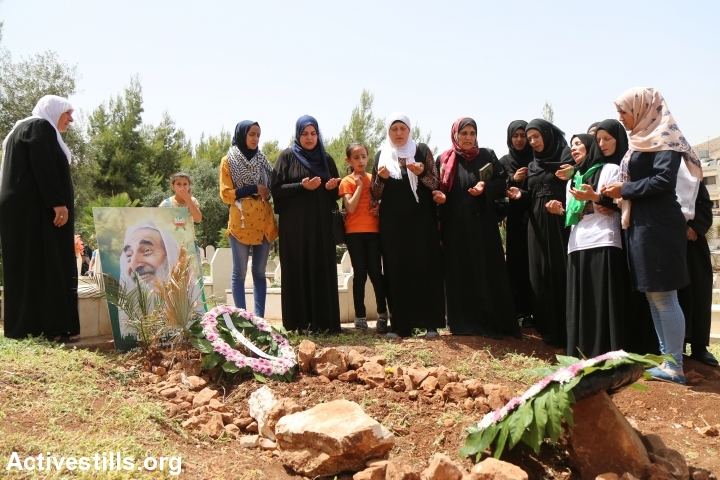 Palestinians take part in the funeral of Jamal Dwekat, 20, in Balata village, near Nablus, West Bank, June 8, 2016. Behind Dwekat’s grave is a photo of Hamas founder Sheikh Ahmad Yassin, who was assassinated by the Israeli army in 2004. (photo: Ahmad al-Bazz)

Only one day before Dwekat was injured, thousands of Israelis prayed at the tomb along with hundreds of Israeli soldiers. Interior Minister Aryeh Deri was among the worshippers, and was reportedly accompanied by fellow Shas MK Yoav Ben-Tzur and Petah Tivka Deputy Mayor Uriel Boso, who were heavily guarded.

The site, which Jews refer to as Joseph’s Tomb, has long been a flashpoint of violent night clashes. Jews believe the site to be the burial place of the biblical patriarch Joseph, while Muslims believes it is the place where Islamic cleric Sheikh Yussif Dwekat was laid to rest.