Demolitions take place in two areas of the West Bank as Israel’s High Court prepared to hear a high-profile case on the matter. 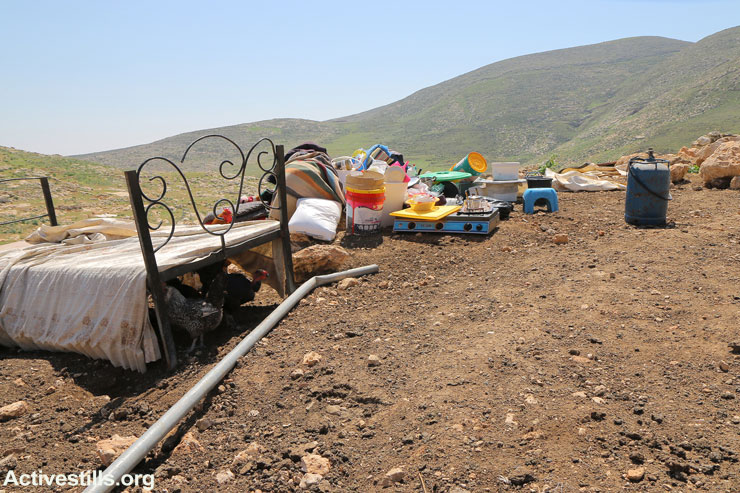 Furniture left out in the open after Israeli military forces demolished over a dozen buildings in the Khirbet Tana, a small Palestinian village in the Jordan Valley, West Bank, January 23, 2016. (Ahmad Al-Bazz/Activestills.org)

The Israeli army demolished 17 structures, including family homes, in the Khirbet Tana, an impoverished Palestinian hamlet in the occupied Jordan Valley on Wednesday.

This was the third time Israeli forces demolished homes in Khirbet Tana in recent months, according to Israeli human rights group B’Tselem, including shelters that were donated for families made homeless by previous demolitions.

Israeli authorities refuse to connect the village to the electricity or water grids or approve any building permits. 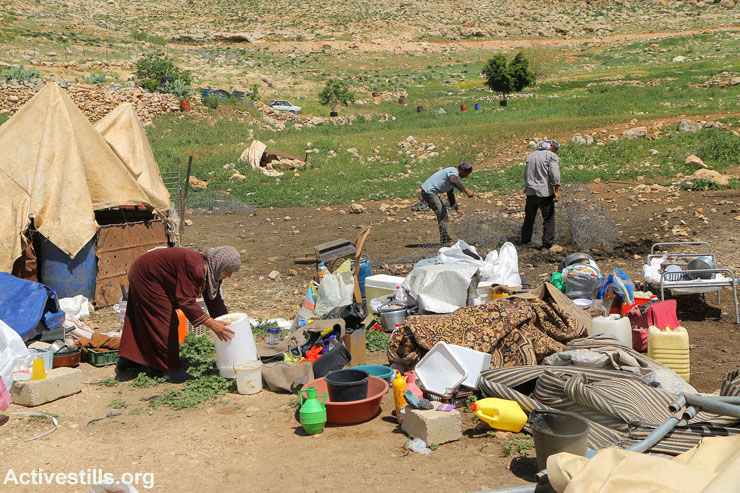 That seizure, of solar panels donated by international humanitarian agencies, took place a day before a case on Khirbet Jenbah and 11 other surrounding villages was set to take place in Israel’s High Court of Justice. 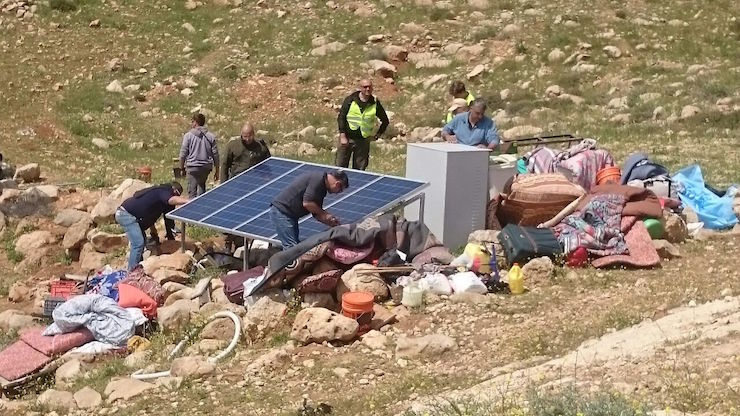 The solar panels are intended to provide electricity to Palestinian communities that Israel refuses to connect to the power grid because they do not have building permits and zoning master plans — which the army refuses to approve. The army has declared the area a live-fire training zone, “Firing Zone 918,” a designation human rights groups say is illegal.

The Israeli army has dramatically increased the number of home demolitions in the West Bank since the start of 2016, especially in the Jordan Valley and South Hebron Hills, where Khirbet Jenbah is located. February saw the most demolitions in seven years.