For the first time in 14 years the farmers of Salem decided to reach their agricultural lands without permission from Israeli authorities. It wasn’t long, however, before Israeli settlers and soldiers came to disturb their work. 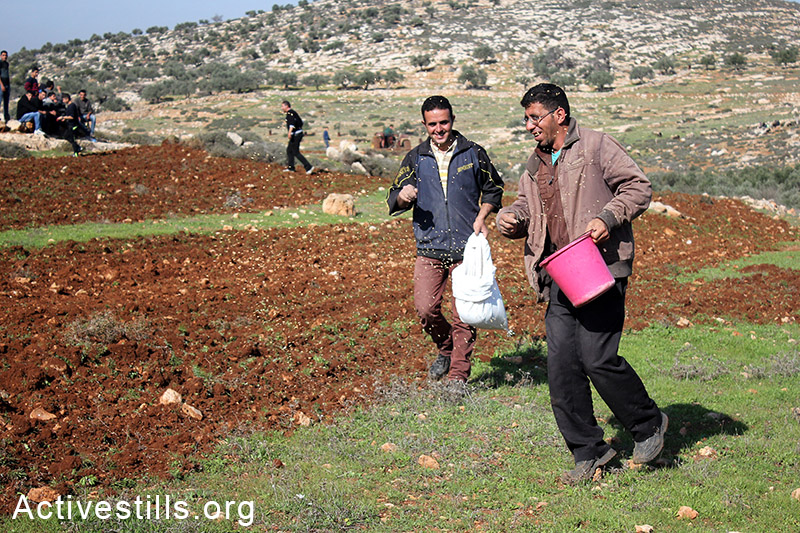 Every December, just after they have finished tilling their soil, Palestinian farmers in the West Bank head back to sow their land. Some of them plant wheat while others sow barley or other kinds of seeds.

However, not all Palestinians can do so freely. Farmers who own lands located near Israeli settlements, military camps or settler bypass roads are barred from accessing their land throughout most of the year. In these areas, Israeli authorities allow farmers to reach their lands only two times a year: once in April, during which they till the soil around olive trees, and again in October for the olive harvest. Because this process is limited to such a short time, it is usually not long enough to finish the work.

Due to the restrictions, many farmers have not been able to fully cultivate their land for years. On Saturday the farmers of Salem, a village located few kilometers east of the West Bank city of Nablus, decided to access their land without permission from the Israeli authorities for the first time in 14 years. The land is located behind an Israeli bypass road used by the settlers of Elon Moreh. 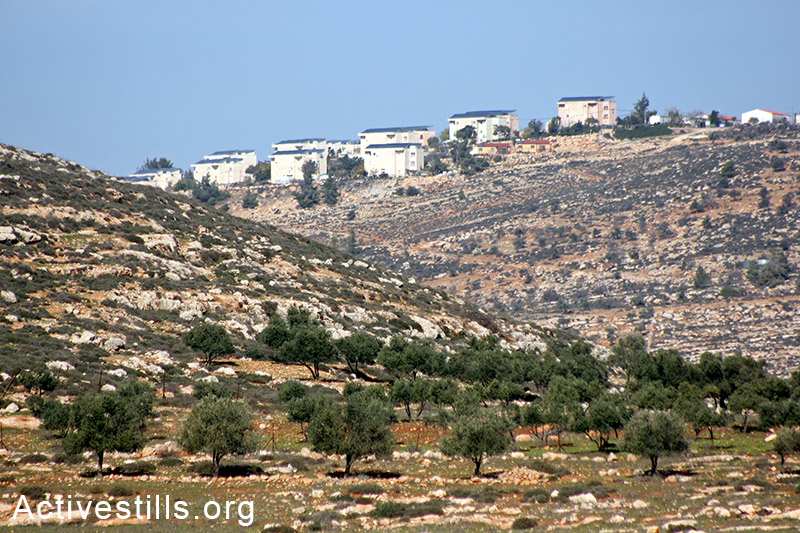 Together with Palestinian and international activists, the farmers headed to their lands. After quickly crossing the bypass road, they performed Friday prayers on their land, after which they managed to till the soil, plant several olive trees and sow the land with barley.

It wasn’t long before Israeli settlers took notice of the “unusual” activities, and soon enough, Israeli soldiers arrived on the scene. The soldiers ordered the people to clear the area or be removed by force, and attempted to confiscate a passport belonging to one of the international activists. The activists decided to leave the area in order to avoid clashes that might destroy the farmers’ gains.

During the tilling, two Israeli settlers tried to provoke the Palestinians by driving their motorcycles around where they were working. The farmers continued to work under the gaze of the Israeli soldiers. 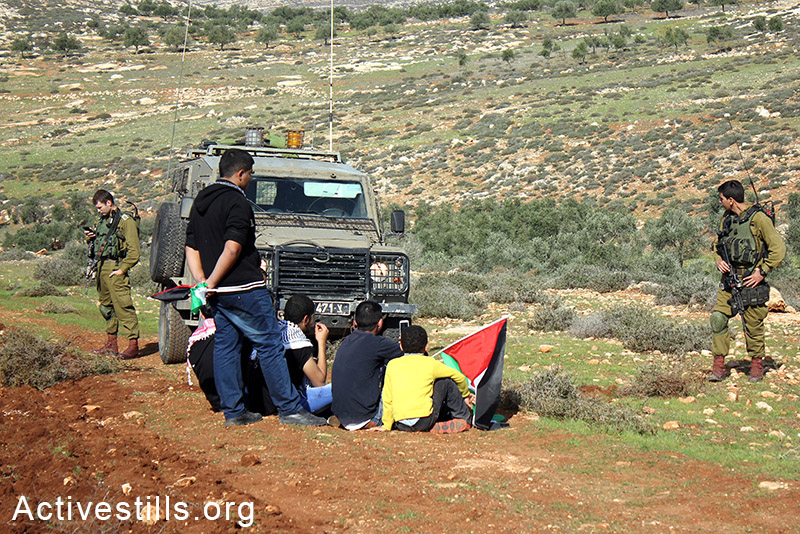 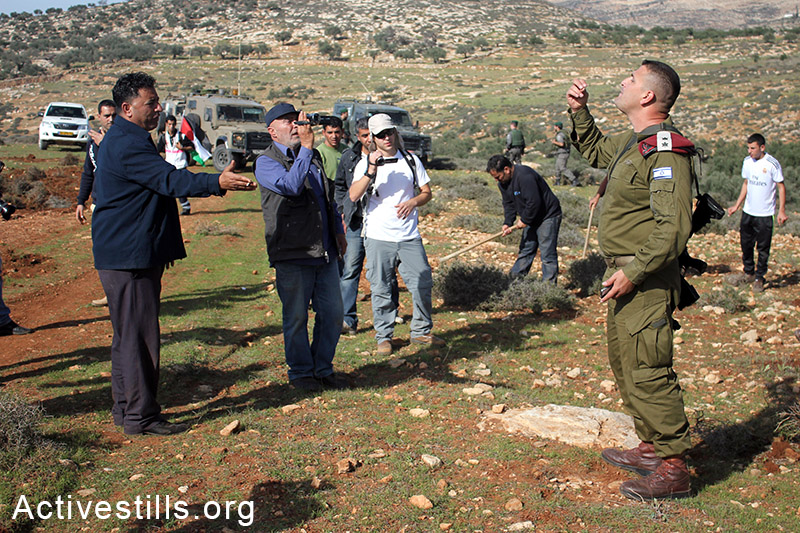 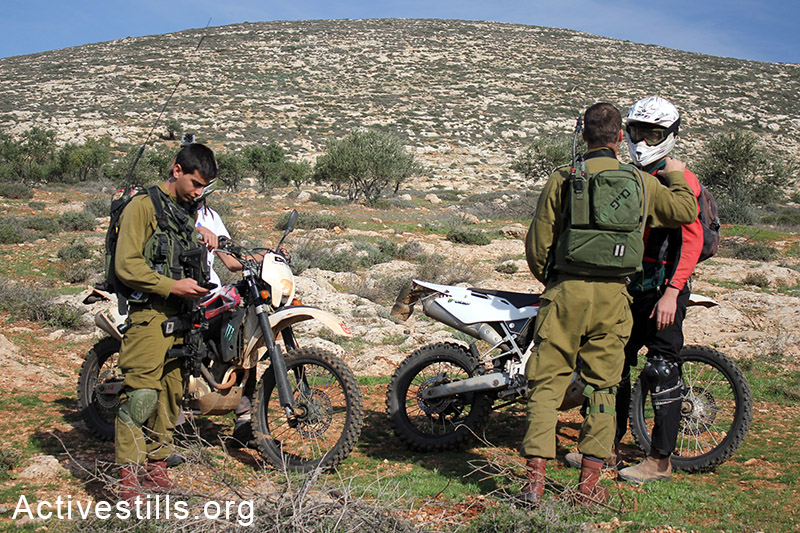 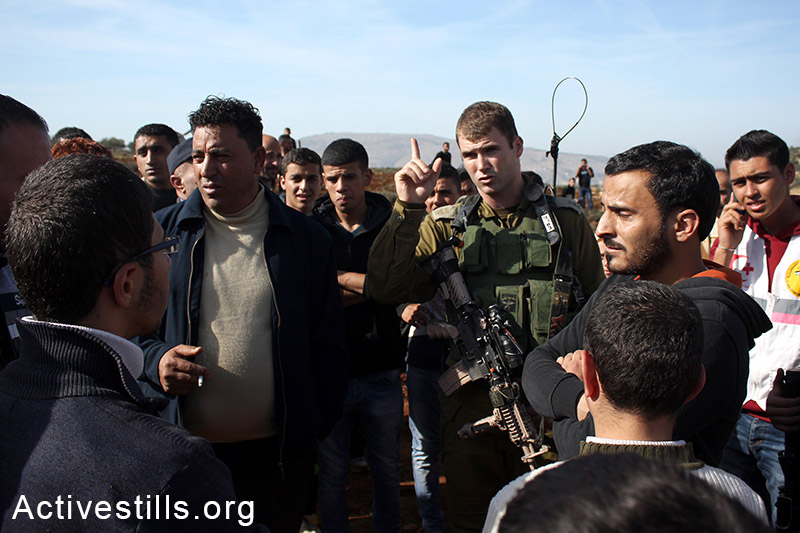 Palestinian farmers argue with Israeli soldiers who try to prevent them from working their land, Salem, West Bank, December 5, 2014. (Photo by: Ahmad al-Bazz/Activestills.org)

Every year, after months of being prevented access to their lands, Palestinian farmers often discover new problems. Some report that dozens of their olive trees have been damaged, which they assume is likely the work of Israeli settlers. Others report that Israeli settlers have attempted to till their land in order to cultivate it for themselves. So far, Palestinians of this region have managed to prevent these kinds of activities.

However, some farmers discover new settlement outposts being built near their lands. The growth of settlements can mean increased restriction of movement in the years to come, as well as further obstacles to cultivating the land that these families have tilled for generations. 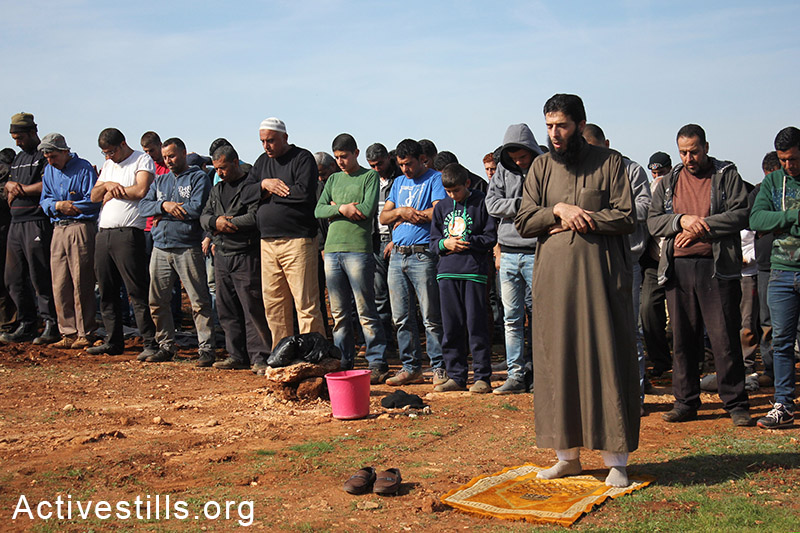 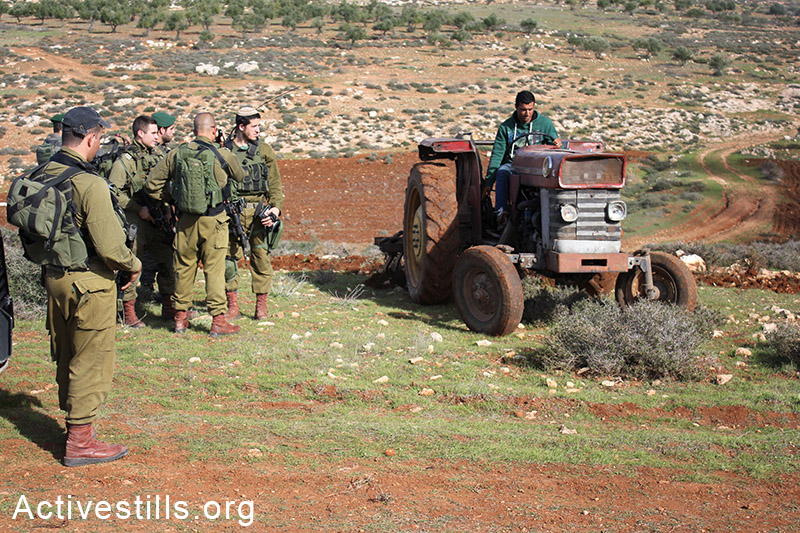