Demonstrations across the country manage to bring together only 20,000 people. Protest in Jaffa is fiery and emotional

Just one week before the “million man march” that the J14 movement plans on holding next Saturday, the nation-wide protests last night showed a sharp drop in numbers – and in spirit. 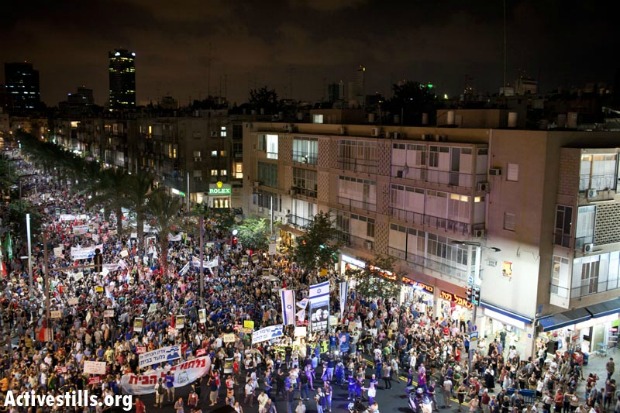 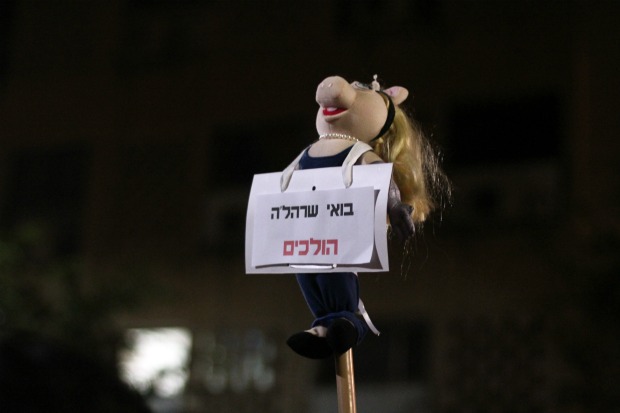 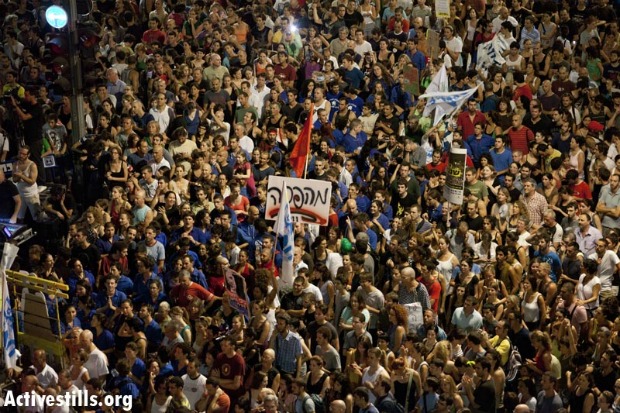 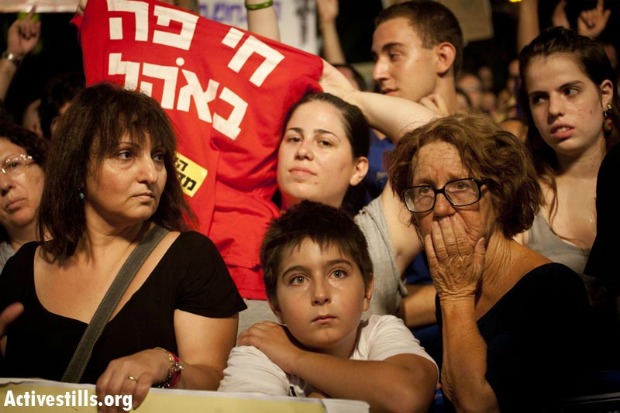 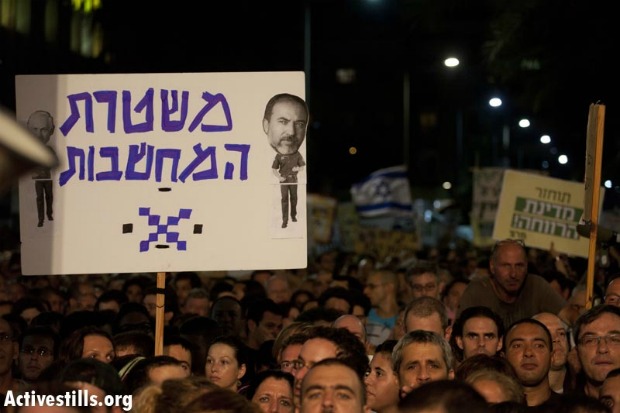 In Jaffa, only a few hundred attended the march through its Arab section. This demo was high in spirit. As opposed to the other demos and tent camps, the Arab MKs are welcomed. This march was lead by Balad Mks Muhamad Barake, Hanin Zuabi and Jamal Zahalkeh. Before the rally began, organizers went and spoke to Hadash activists and asked them not to raise their red flags.

Most of the chants were in Arabic, and yours truly even held a sign in Arabic even though I had no clue what it meant until someone told me. My sign, as most of the placards were, had to do with the housing issue. In fact, it seems that there is great frustration in the Jaffa camp that the housing issue has been taken over by the “social justice” term, which in their eyes is wide encompassing. The Jaffa activists reminded us all during the demo of the 700 eviction proceedings as the most pressing problem that needs to be solved.

Here is a young activists who explains their strategy:

This is how the demo looked as it winded down the narrow streets of Jaffa. Many of the chants called for Benjamin Netanyahu’s resignation:

The following activist addressed the housing issue at length [Heb]:

One of the more emotional moments of the demo was when an activist from the Hatikva neighborhood in South Tel Aviv came to speak. The feeling of togetherness, such a rare sight between these kind of people, brought a lump to my throat. This is the beauty of J14, bringing the “disconnected” together to fight neo-liberal capitalism. At the end of her speech, the protesters shout in Hebrew “Jaffa and Hatikva together!” [Heb]:

And here is Wafa abu Shnis, one of the central figures in the Jaffa tent camp:

Next came a wonderful surprise for me. One of my favorite Israeli artists, world renowned oud player Yair Dalal, played with another oud musician from Jaffa a song in Arabic and Hebrew:

The local Jaffa musician closed the demo and got the crowd to join him: