On the day that many Israelis celebrated their Independence Day, thousands of Palestinian residents of Israel and Jerusalem marched to the site of the northern village of Lubya. Lubya was one of more than 500 Palestinian communities destroyed by Zionist militias in the Nakba, Arabic for ‘catastrophe,’ the term given to the forced displacement of some 750,000 refugees before, during and following the 1948 War. 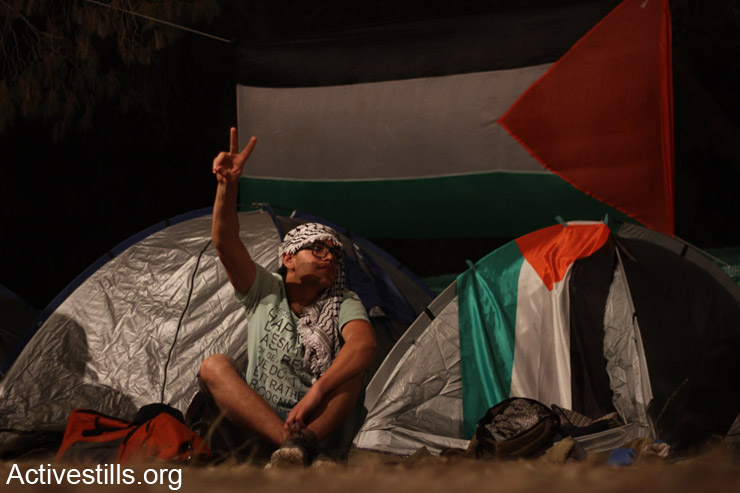 A Palestinian citizen of Israel sits near a tent in a camp a day before the march of return in the village of Lubya in northern Israel, May 5, 2014. (Activestills) 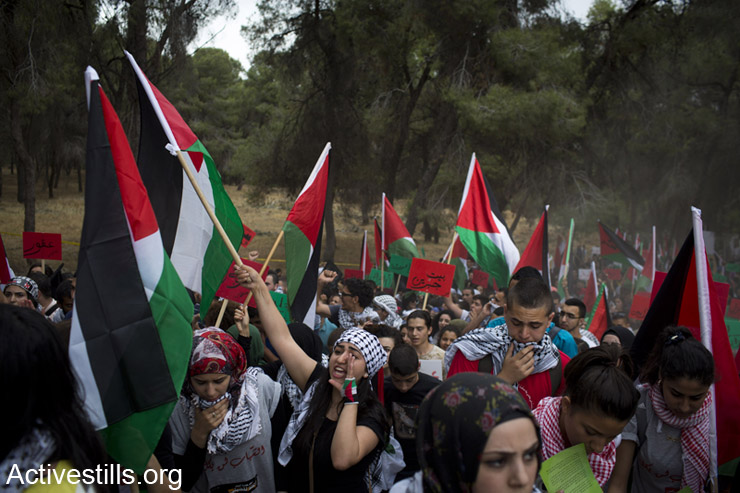 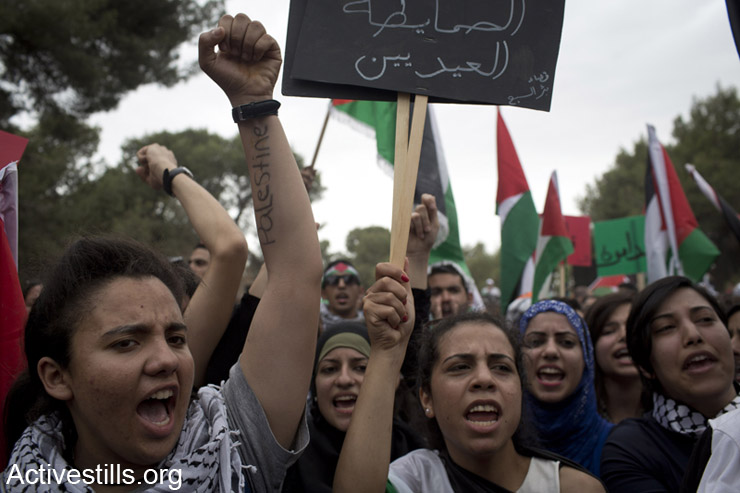 The marchers passed massive photos of refugee families hung from trees planted by the Jewish National Fund to create the Lavi Forest that now covers the village’s land. Activists with the Israeli organization Zochrot, whose mission is to educate Israeli Jews about the history of the Nakba, planted signs at various locations of significance to village life, including the cemetery, which contains the primary visible remains of the village. 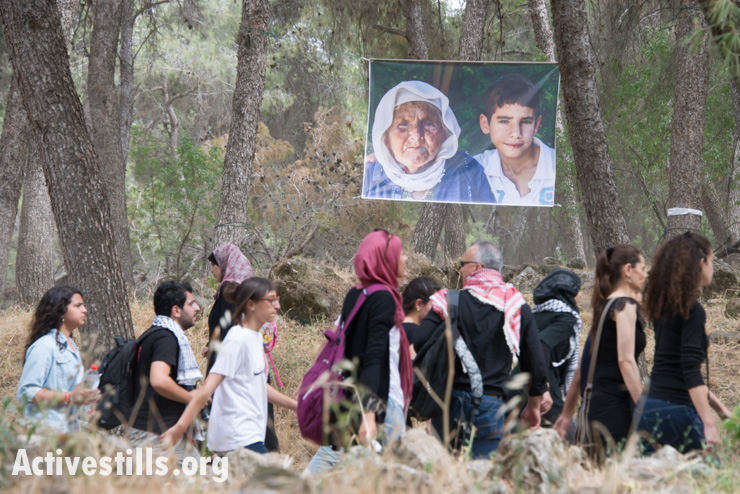 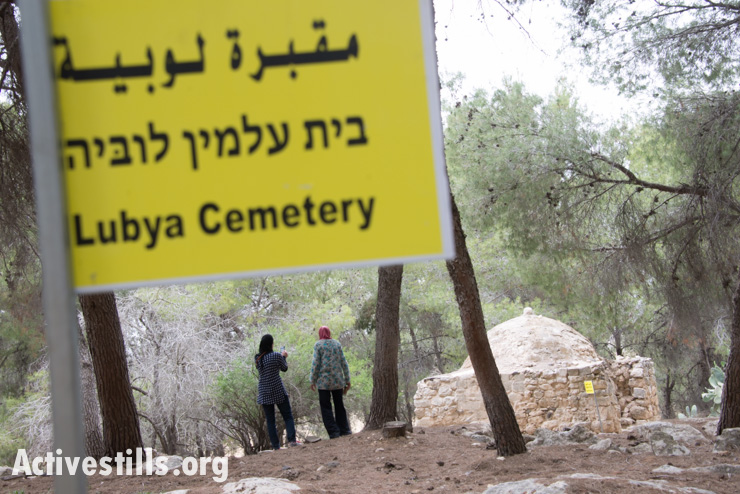 Most of Lubya’s original inhabitants settled in the Yarmouk refugee camp in the suburbs of Damascus, which has been the site of intense siege and suffering in Syria’s armed conflict.

Speakers at the event included Samer Issawi, whose record-setting hunger strike in Israeli prison resulted in his release last December, as well as historian Ilan Pappe, author of The Ethnic Cleansing of Palestine.

Traffic was jammed in all directions near the march, which was accompanied by a heavy police presence. As some passing Jewish motorists jeered and cursed at the marchers, police confiscated several Palestinian flags from participants’ vehicles as they approached the site of the event.

According to Ma’an News, an Israeli police spokesperson said that two youths were arrested for trying to “force their way past a checkpoint.”

Palestinians typically observe Nakba Day on May 15, but Palestinian citizens of Israel hold demonstrations on Israeli Independence Day, which follows the Hebrew calendar and fell on Tuesday, May 6 this year. 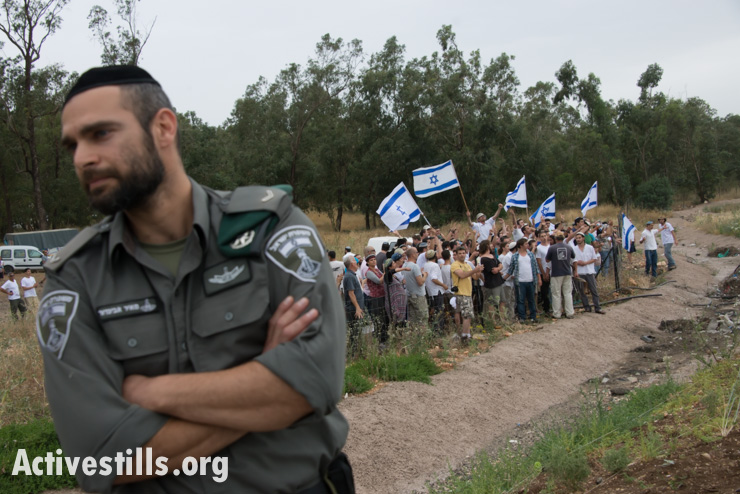 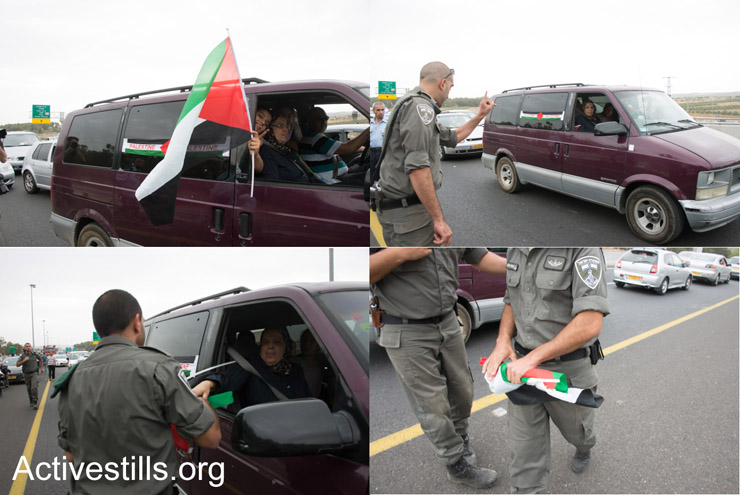