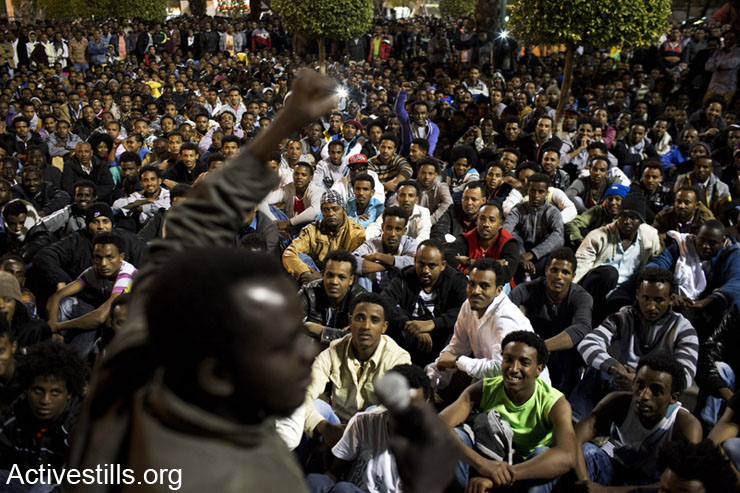 African asylum seekers gather in Levinsky Park before a March For Freedom to protest against the Holot detention center located in Israel’s south, and for the release of all refugees imprisoned under the Infiltrators Law, Tel Aviv, Israel, December 28, 2013. More than 5,000 thousands African refugees participated in the march, supported by a few hundred Israeli activists, all calling for recognition of all refugees rights. (Oren Ziv/Activestills.org) 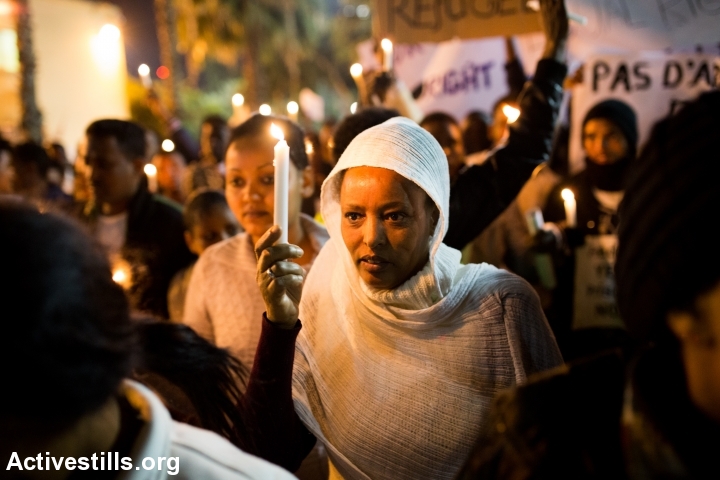 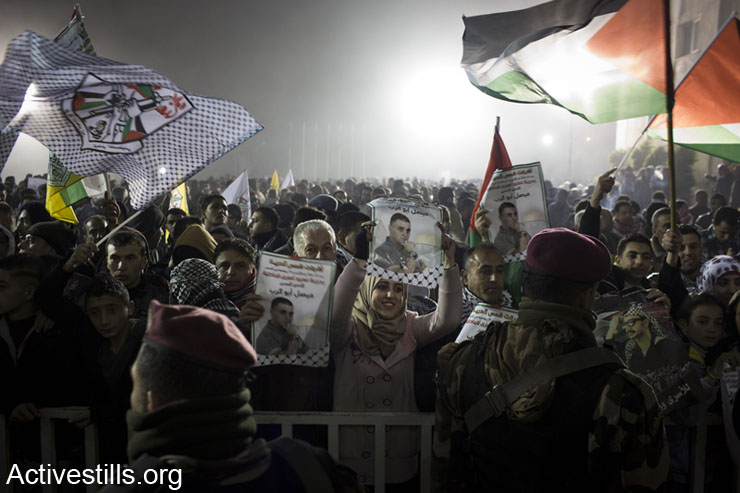 Friends and family members of the 26 Palestinian prisoners celebrate their imminent release from Israeli prison in the West Bank city of Ramallah. (Oren Ziv/Activestills.org) 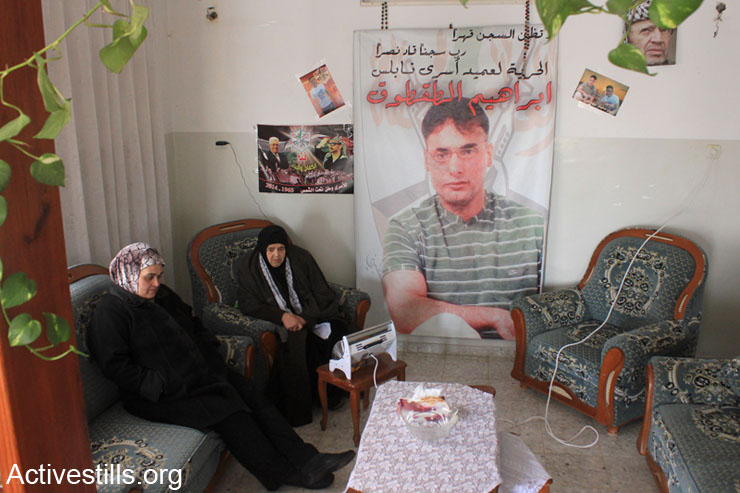 Relatives of Ibrahim Taqtoq sit in his house during the preparation for his arrival after more than 24 years in an Israeli prison. He supposed to be released today midnight, Nablus, West Bank, December 30, 2013. Twenty-six Palestinian prisoners from Gaza and the West Bank were set to be released in the third stage of a prisoner release deal secured by U.S. Secretary of State John Kerry ahead of renewed peace talks. A total of 104 Palestinian prisoners, all jailed before the start of the Oslo peace process 20 years ago, are eventually supposed to be released over the next five months. (Ahmad al-Bazz/Activestills.org) 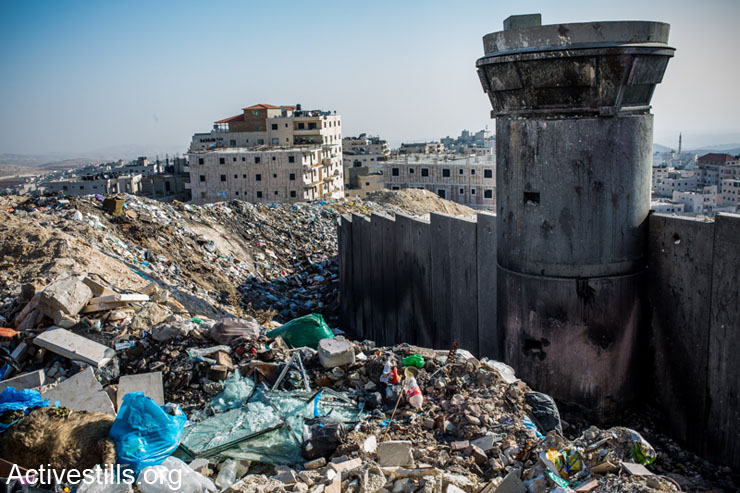 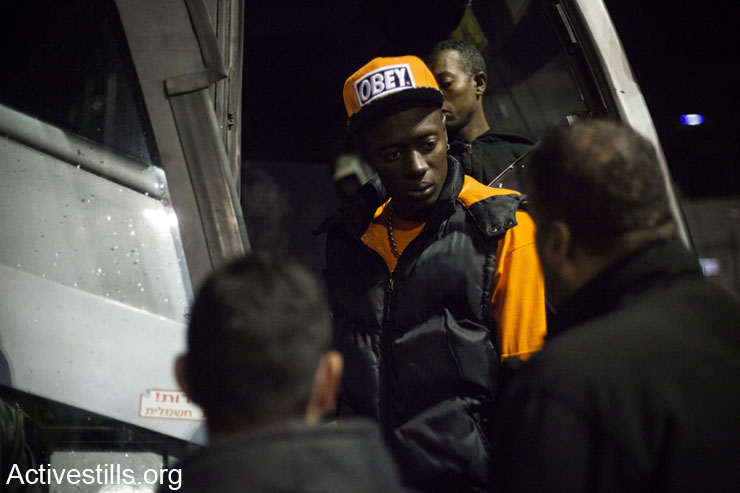 An African refugee is arrested and placed on a bus as part of a raid of Immigration police in Levinsky Park, south Tel Aviv, Israel, December 30, 2013. (Shiraz Grinbaum/Activestills.org) 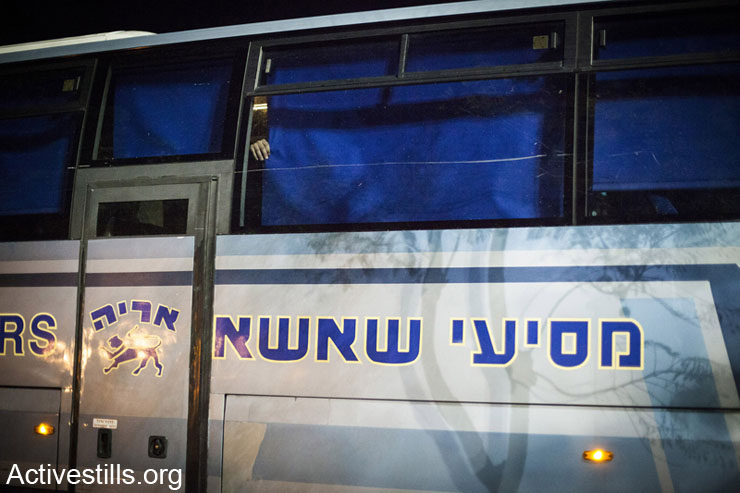 Immigration police close the windows of a bus full of African refugees after being arrested as part of a raid of in Levinsky Park, south Tel Aviv, Israel, December 30, 2013. (Shiraz Grinbaum/Activestills.org) 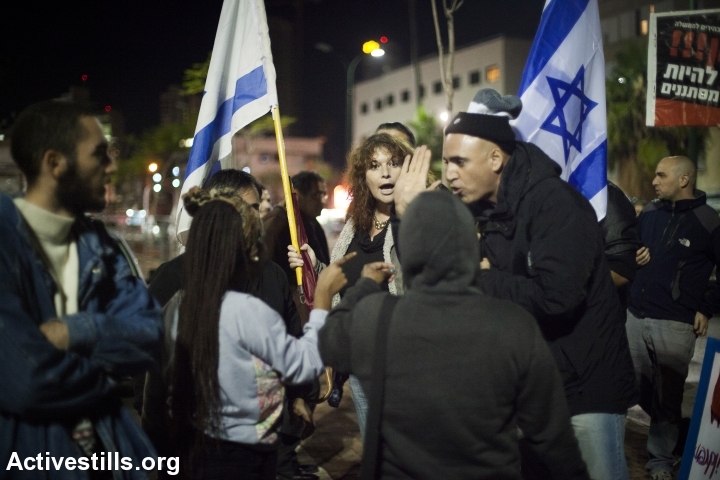 Israeli nationalists demonstrating in support of arresting African refugees during a raid by the immigration police in Levinsky Park, south Tel Aviv, Israel, December 30, 2013. The nationalists argued and cursed an Ethiopian Jewish woman who came to defend the refugees, shouting “Go back to Ethiopia!” (Shiraz Grinbaum/Activestills.org) 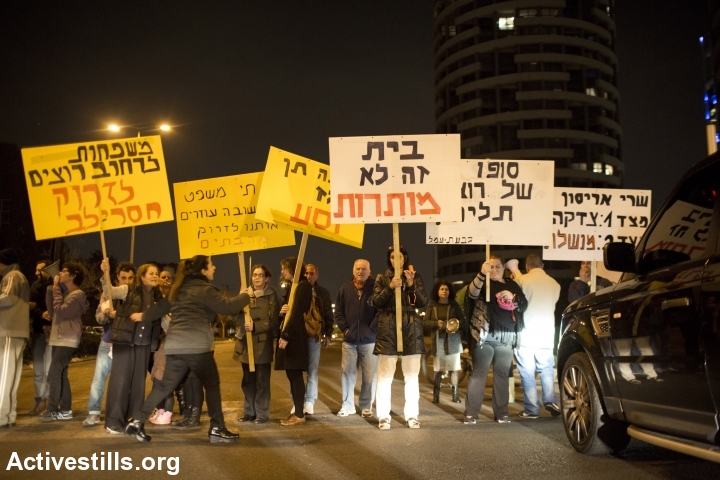 Residents of the Givat Amal neighborhood in north Tel Aviv block a road during a protest against new luxury housing project planned to be built in the area, Tel Aviv, January 1, 2014. According to the plan, 130 families living in the area since 1948 will be evicted without proper compensation. (Oren Ziv/Activestills.org) 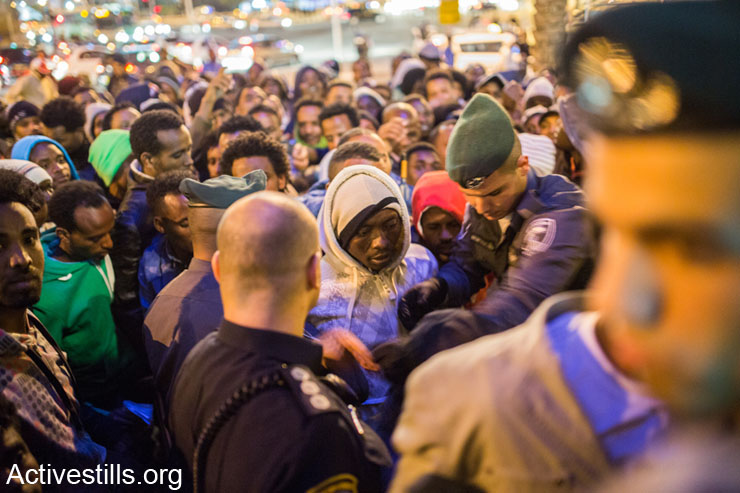 African refugees gather in front of the Ministry of Interior offices in Tel Aviv on December 31, 2013 asking to renew their visas. Panic has spread among the refugee community in Israel as immigration authorities have started to deny visa renewals, leaving asylum seekers exposed to arrests and imprisonment under the Infiltrators Law. A big wave of arrests and forced detention was carried out throughout the week. (Yotam Ronen/Activestills.org) 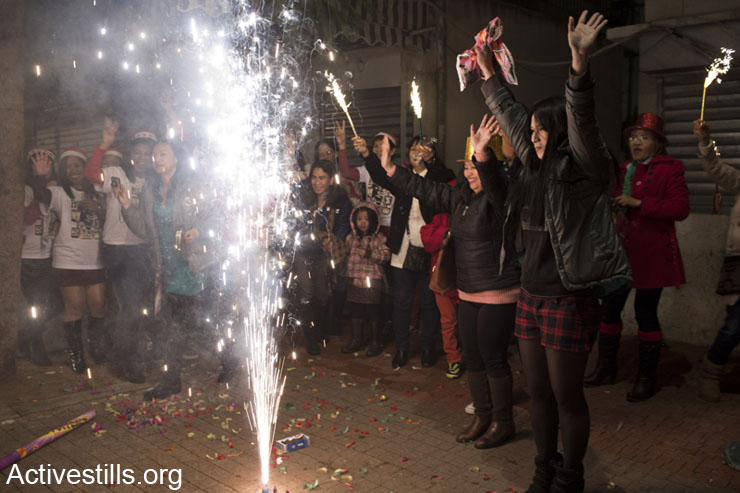 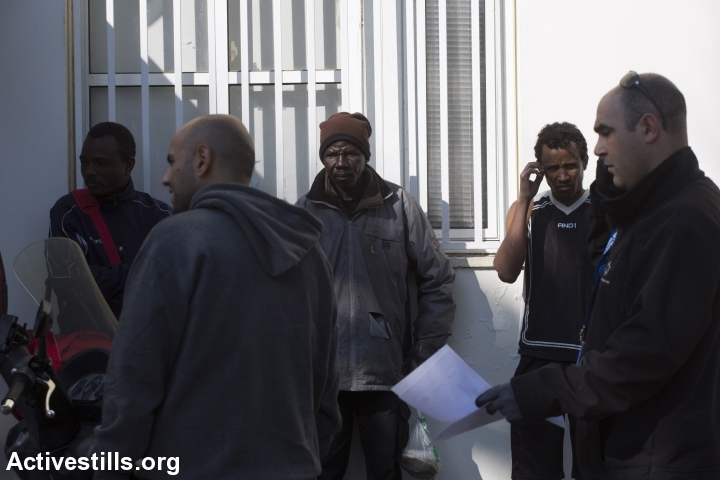 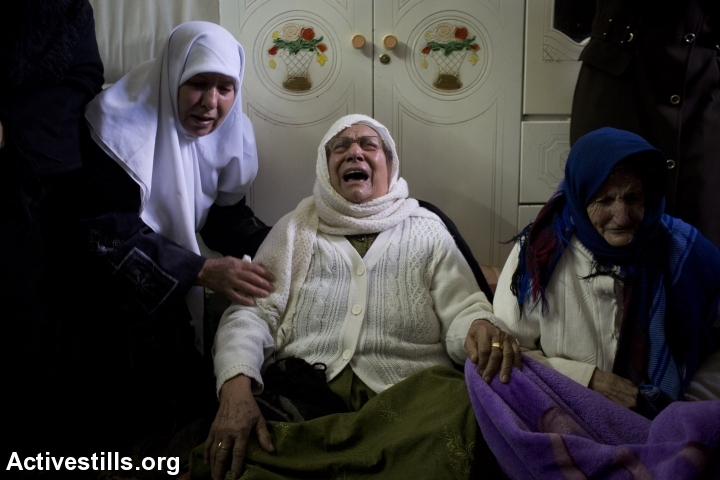 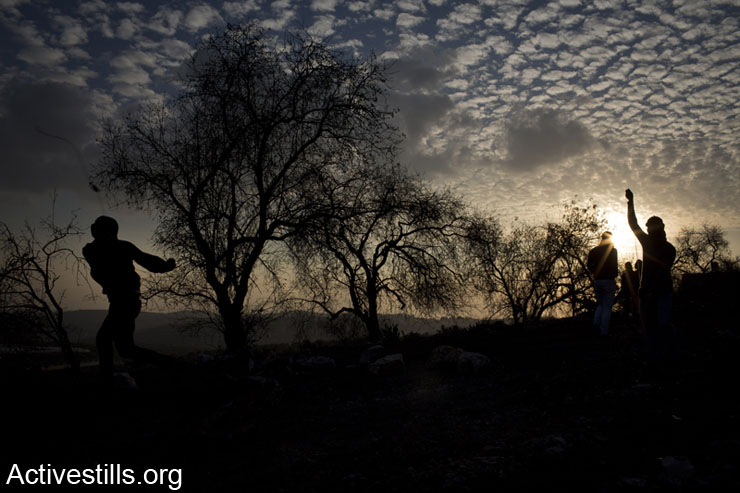 Palestinians youth throw stones at Israeli soldiers during clashes following the funeral march of 85-year-old Said Jasir, in the West Bank village of Kafr Qaddum, January 2, 2014. According to Palestinian medical sources, Jasir died after the Israeli army shot tear gas into his house during a protest in the village on January 1. After inhaling tear gas, Jasil was evacuated to the hospital in Nabuls, were he died a few hours later. After the funeral, youth from the village marched to the area near the settlement of Kedumim, where they clashed with the Israeli army. (Oren Ziv/Activestills.org)
Get Our Weekly Newsletter