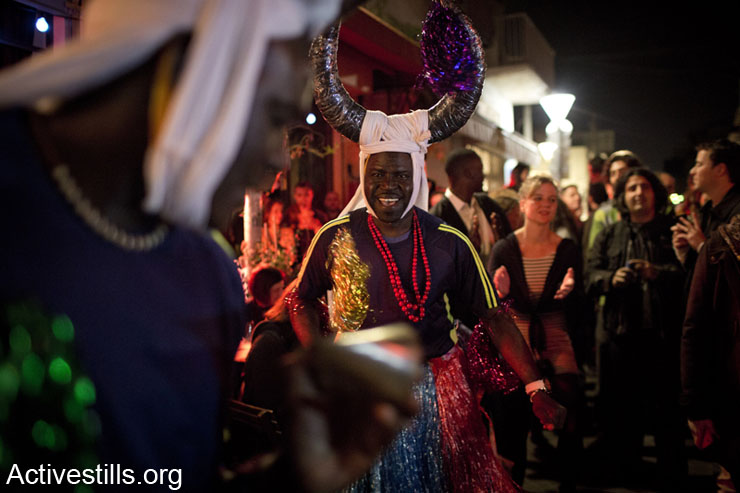 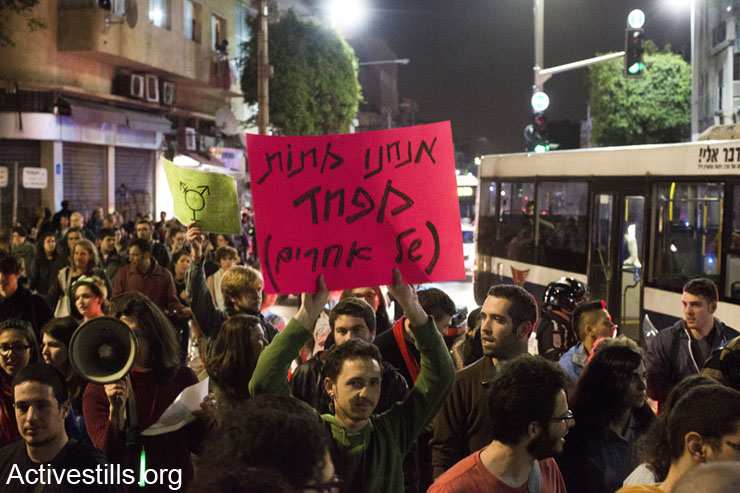 Israeli LGTBQ activist hold sign reads: “We are dying from fear (of others)” during a protest against hate crimes, Tel Aviv, Israel, January 16, 2014. The protest was held following an attack on a transgender sex worker two weeks ago in Tel Aviv by 11 men with pepper spray and electric shockers. After their arrest by the police it was found that all 11 are border policemen, who committed the assault off duty. Police officials called the assault a “prank” fuelled by “boredom”. Local activists see it as a hate crime, one of many committed against transgender people in Israel. (photo: Keren Manor/Activestills.org) 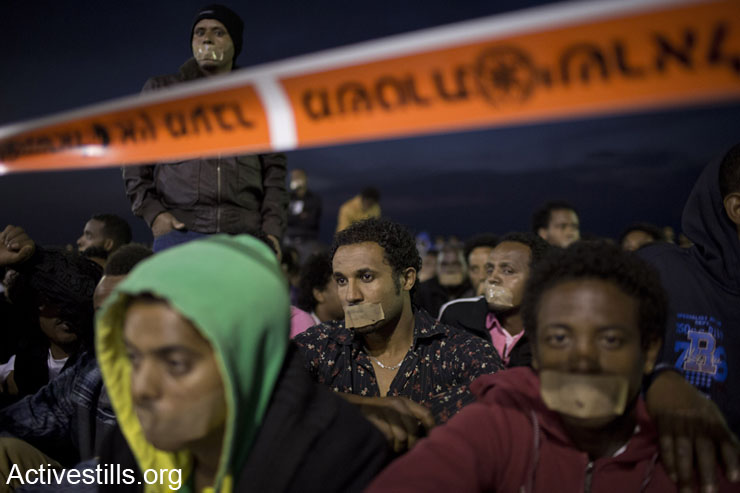 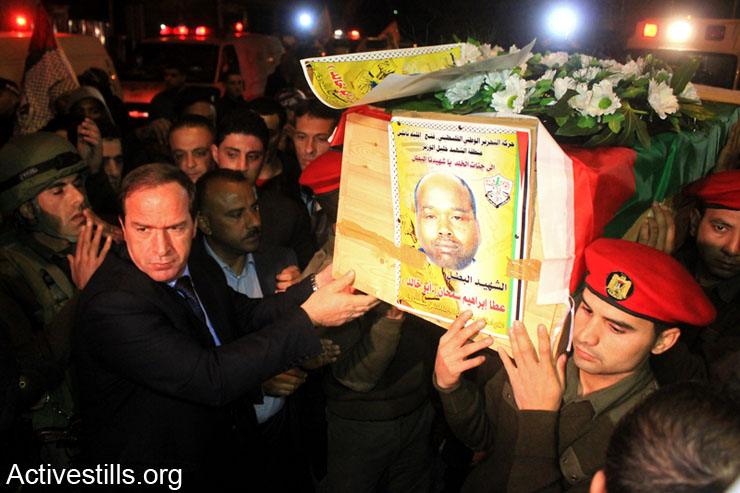 Palestinians receive the remains of two Palestinian fighters, Fathi Amerih and Atta Samahneh, in the West Bank city of Tulkarm, January 21, 2014. Amerih was killed by the Israeli army in 2002; Samahneh was killed in 2004. Israel still holds hundreds of Palestinian bodies in an isolated cemetery in the Jordan Valley, West Bank. (photo: Ahmad Al-Bazz/Activestills.org) 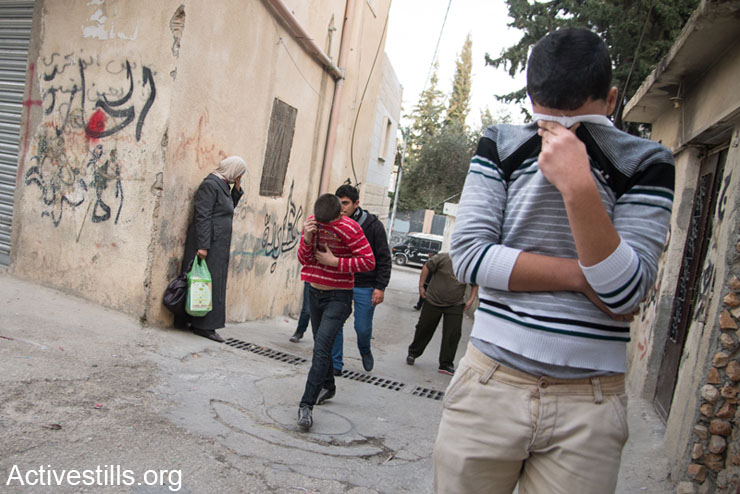 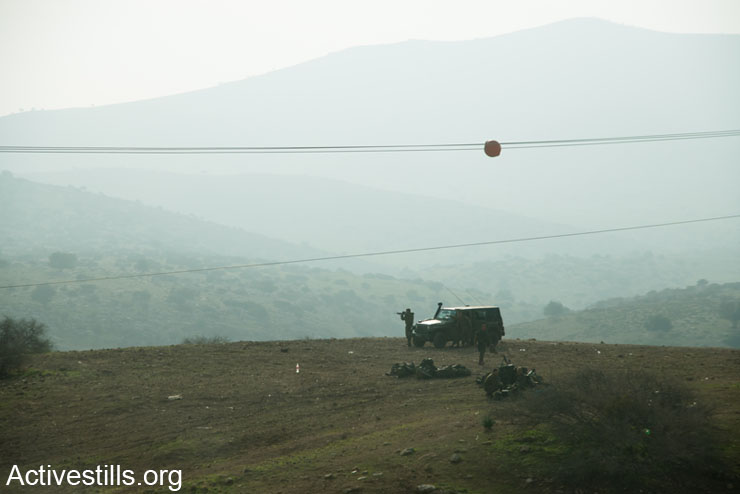 An Israeli soldier aims his rifle during training exercises in a closed military area near the Palestinian community of Hammamat Al Maleh in the Jordan Valley, West Bank, January 22, 2014. The Israeli military regularly forces Palestinian inhabitants of such areas to evacuate their homes during military exercises. (photo: Ryan Rodrick Beiler/Activestills.org) 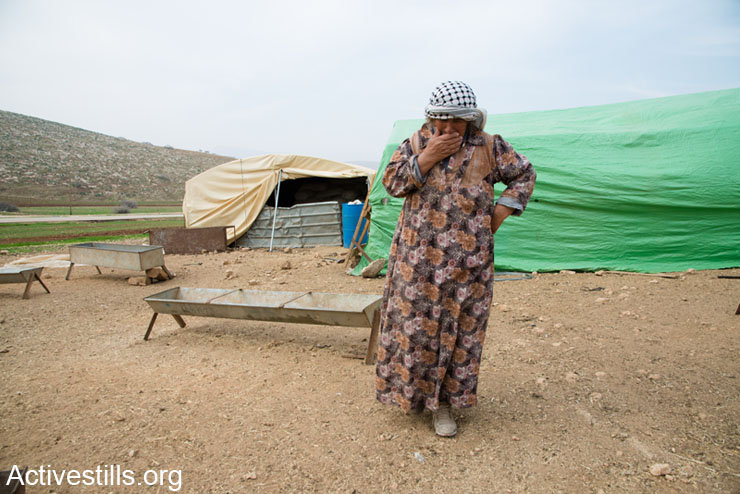 A resident of the Jordan Valley village of Kirbet Makhoul inspects stores of feed for livestock kept in tents built since the village was demolished by the Israeli military, January 22, 2014. Khirbet Makhoul was demolished twice by the Israeli army in autumn of 2013. The army has also prevented humanitarian aid organizations from delivering tents and other forms of assistance to residents. (photo: Ryan Rodrick Beiler/Activestills.org) 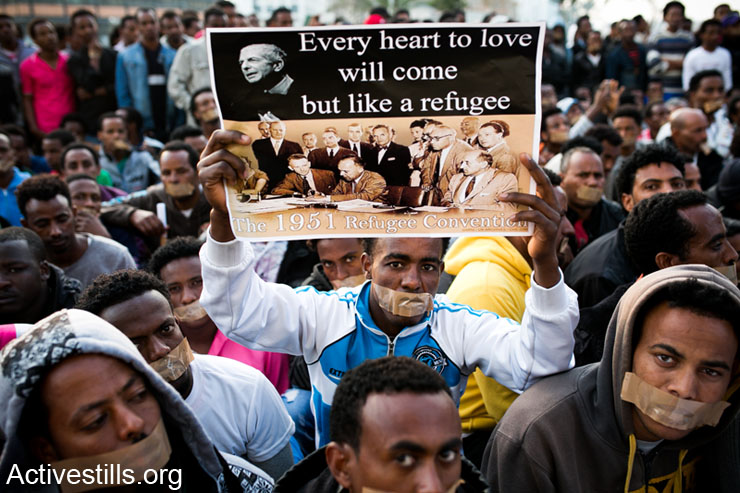 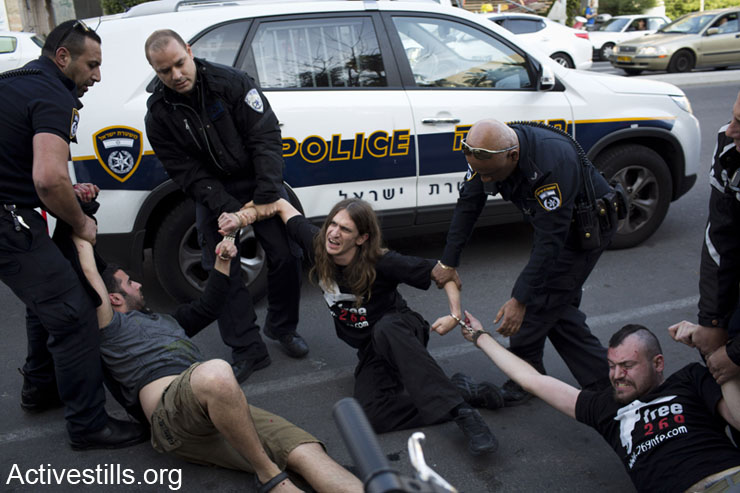 Israeli policemen arrest Israeli animal rights activists, from the 269_Life group, who took part in a direct action inside the offices of the Animal Farming Council, Tel Aviv, January 21, 2014. The activists placed dead chickens collected from ‘Nordia’ hatchery and spilled red paint inside the office. Nine activists were arrested by the Israeli police. (photo: Oren Ziv/Activestills.org) 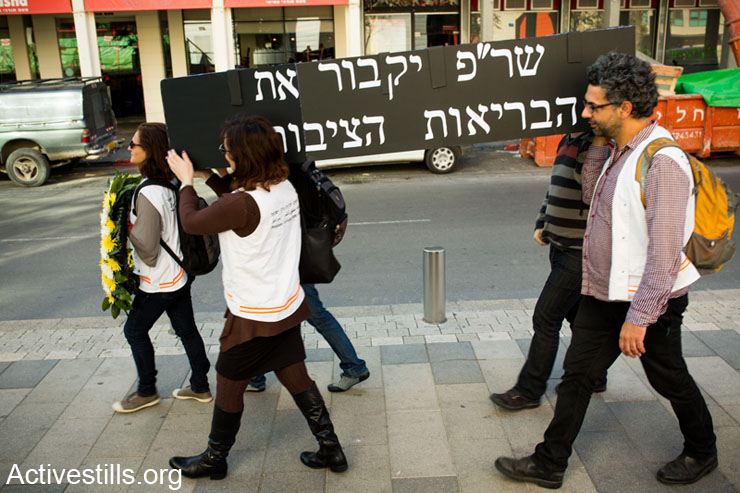 Doctors and activists from the Physician for Human Rights march in front of the Ministry of Health against the ongoing privatization of public health services in Israel, Tel Aviv, on January 16, 2014. (photo: Yotam Ronen/Activestills.org) 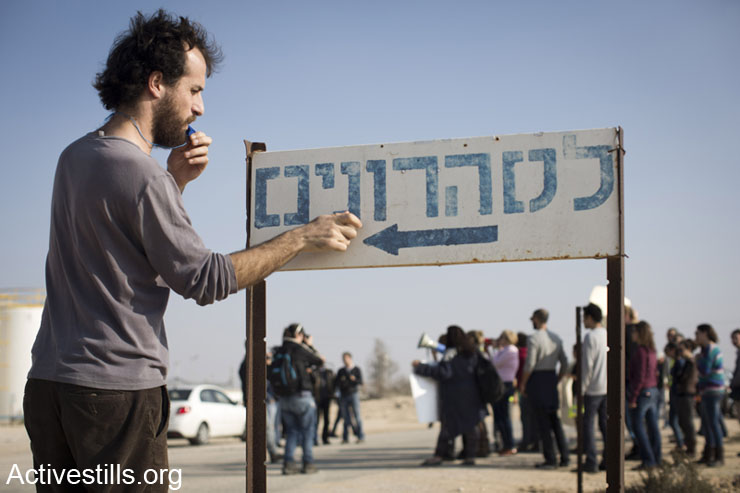 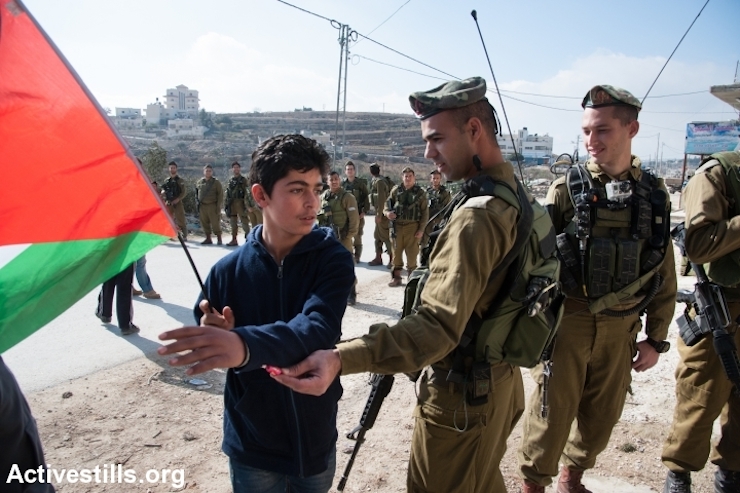 A Palestinian boy slaps aside a piece of candy offered by an Israeli soldier during the weekly demonstration against the Israeli separation barrier in the West Bank village of Al Ma’sara, January 17, 2014. The separation barrier would cut off the village from its agricultural lands if it is built as planned. (photo: Ryan Rodrick Beiler/Activestills.org)