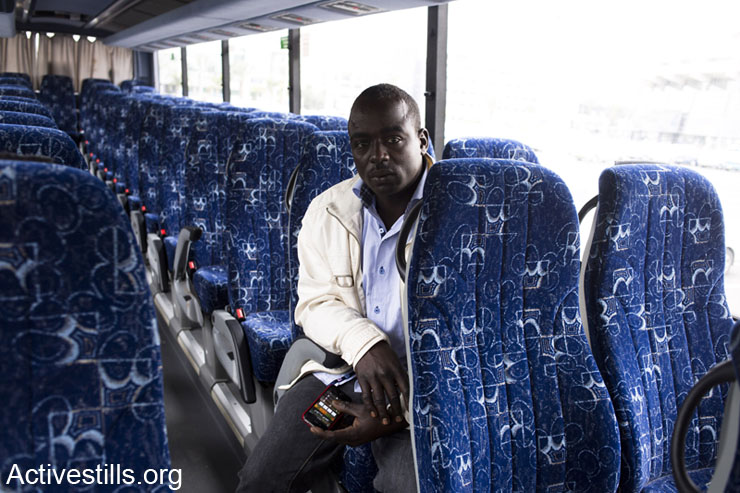 An African asylum seeker sits inside a bus of the Israeli immigration authority before leaving to Holot detention center, Tel Aviv, Israel, The Israeli immigration authority summoned a few dozens asylum seekers ordering them to arrive today to Holot detention center Only 12 arrived. According to human rights organizations, over 1700 African asylum seekers received similar summons scheduled for the coming weeks, informing them that their current visa is cancelled. (photo: Keren Manor/Activestills.org) 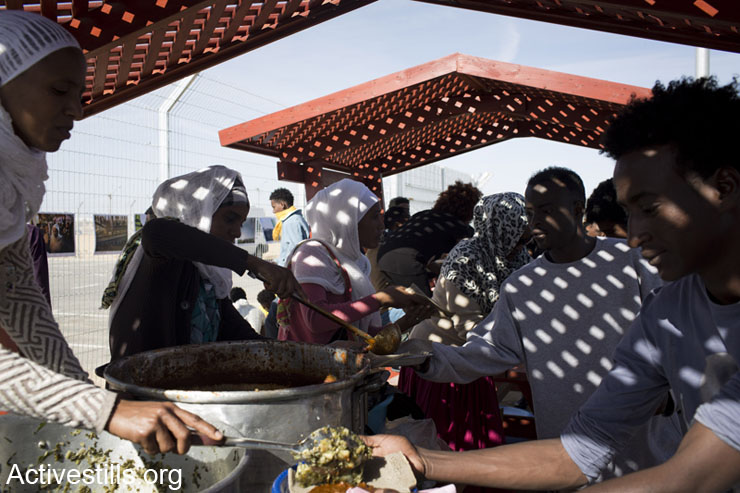 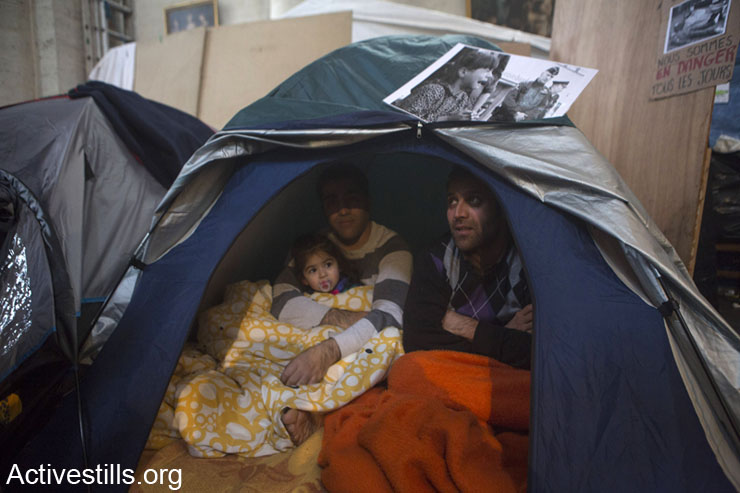 Afghan asylum seekers protect themselves from the cold in tents, inside the Beguinage Church used as a temporary shelter in the city center of Brussels, Belgium, January 23, 2014. Some 200 Afghan asylum seekers, including women and children, live in the church in difficult conditions. They have been protesting for months demanding asylum. (photo: Anne Paq/Activestills.org) 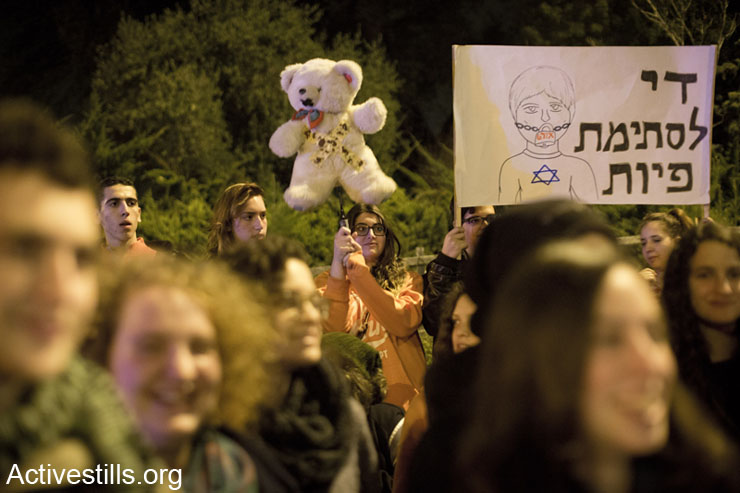 Students from Ort High School, teachers and supporters take part in a solidarity vigil with the teacher Adam Verete, in Kiryat Tivon, January 25, 2014. Verete is a teacher whose contract is on the line following a complaint from a right-wing student over the “leftist” views he expressed in the classroom. (photo: Oren Ziv/Activestills.org) 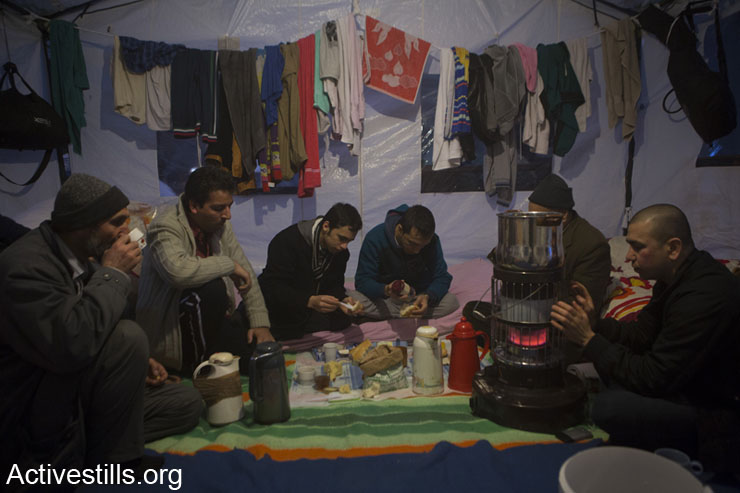 Afghan asylum seekers sharing breakfast in their tent inside the church of the Beguinage used as a temporary shelter in the city center of Brussels, Belgium, January 27, 2014. Belgium has been involved in the Afghan conflict for 10 years. Without papers, Afghan asylum seekers cannot work or find decent housing. They are around 2.7 million Afghans who continue to live in exile and some 450,000 are internally displaced. (photo: Anne Paq/Activestills.org) 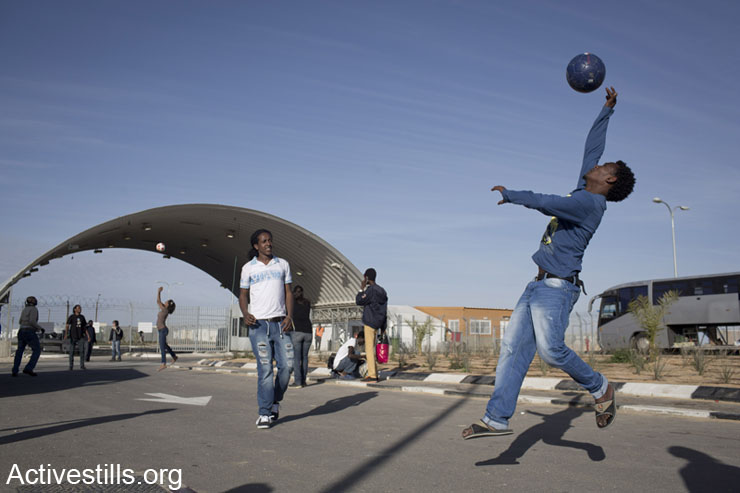 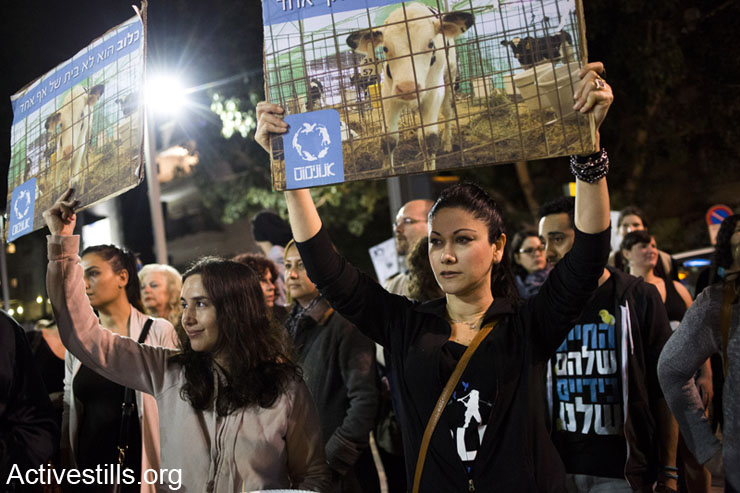 Hundreds of people demonstrate near Habima Theatre in Tel Aviv against the abuse of cows and calves in the dairy industry. Israel, January 25, 2014. The demonstration took place following the publication of an investigation by the animal rights organization “Let Live” that revealed harsh conditions and abuse of cows and calves in a barn in Ramat Hasharon. The protesters distributed vegan food to passers-by and called on them to avoid buying and consuming dairy products. (photo: Keren Manor/Activestills.org) 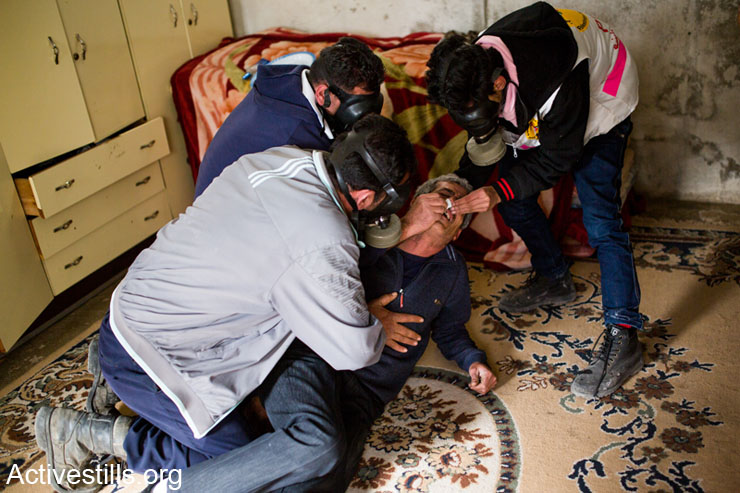 A man chokes from tear gas shot by Israeli soldiers during the weekly demonstration in Kafr Qaddum, a West Bank village located east of Qalqiliya, January 24, 2014. Kafr Qaddum started to organize regular demonstrations in July 2011, protesting against the blocking of the main road connecting the village to Nablus. (photo: Yotam Ronen/Activestills.org) 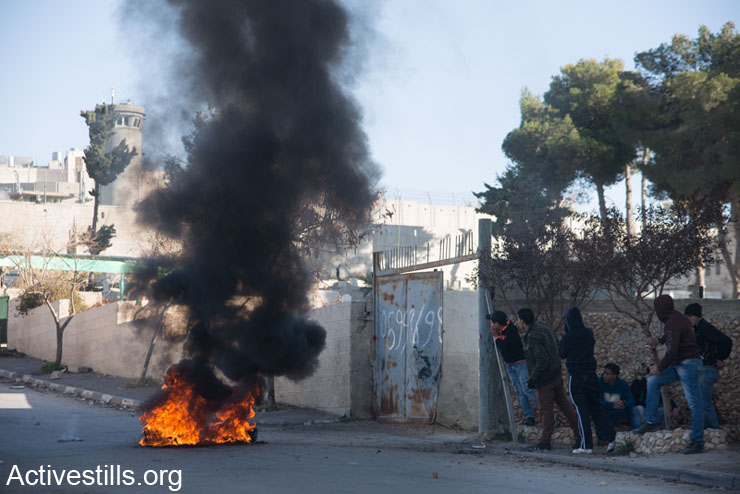 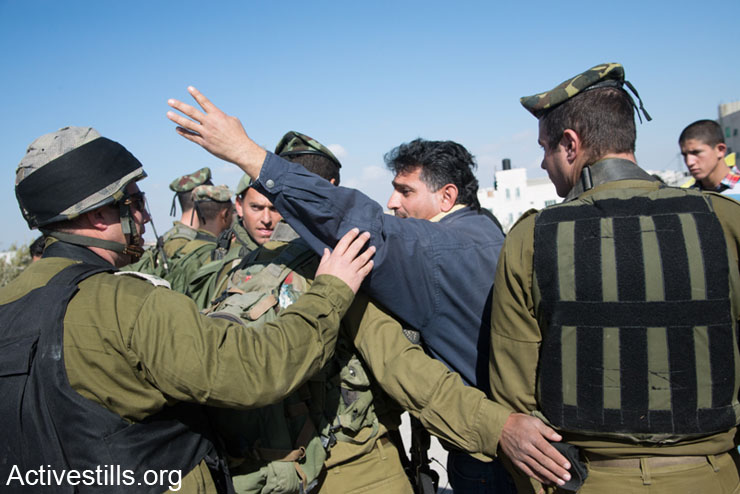 Palestinian activists confront Israeli soldiers during the weekly demonstration against the Israeli separation barrier in the West Bank village of Al Ma’sara, January 17, 2014. The separation barrier would cut off the village from its agricultural lands if it is built as planned. (photo: Ryan Rodrick Beiler/Activestills.org) 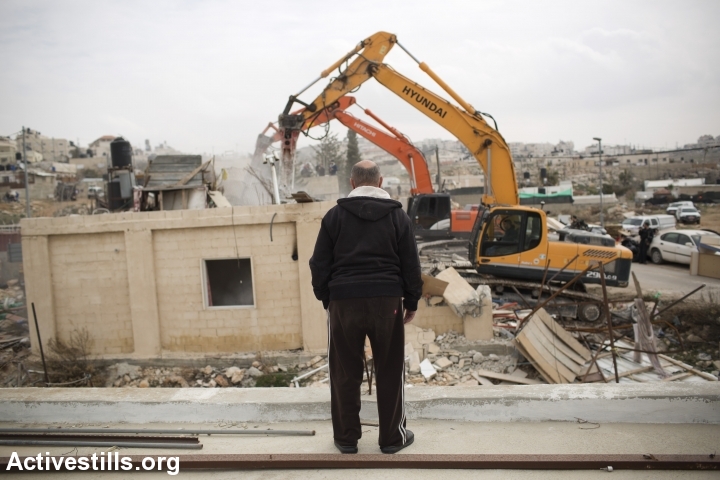 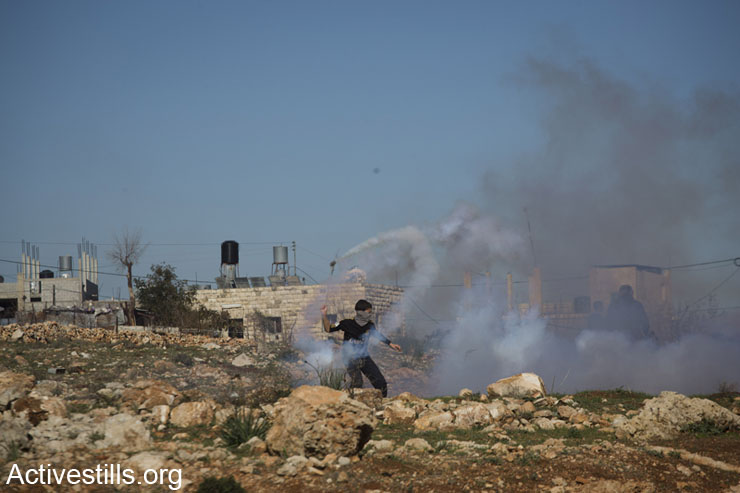 A Palestinian youth uses a slingshot to throw back a tear gas canister launched by Israeli soldiers during a protest against the Israeli occupation in the West Bank village of Nabi Saleh, January 24, 2014. (photo: Oren Ziv/Activestills.org) 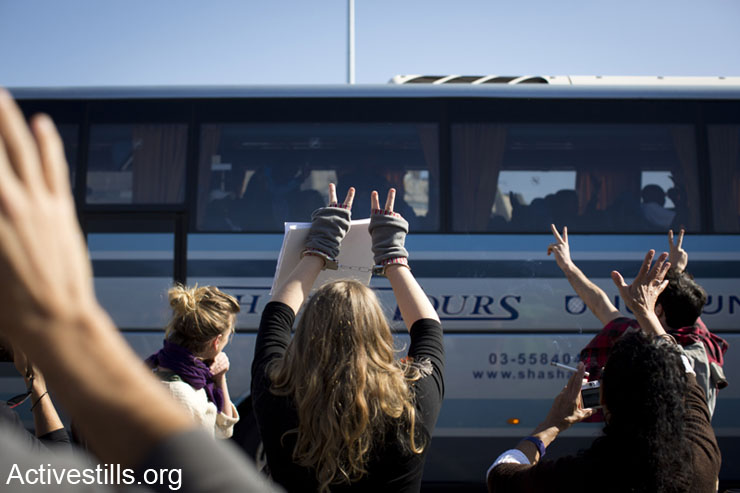 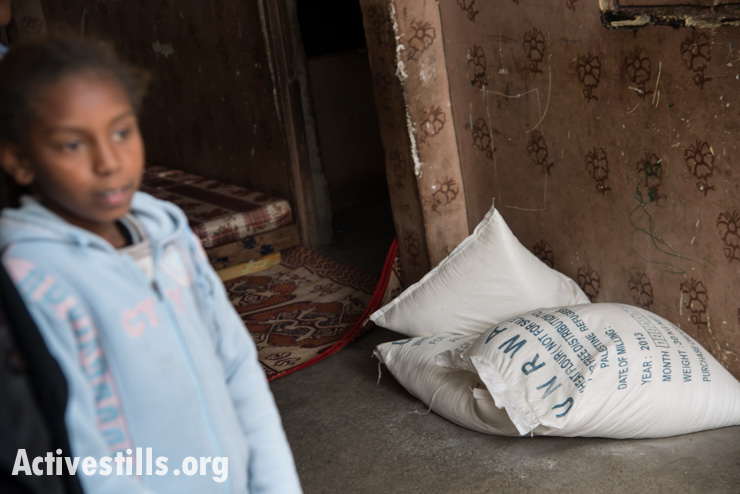 A Gaza resident stands near sacks of food aid provided by UNRWA, Gaza City, January 26, 2014. According to the UN, at least 80% of Gaza’s 1.8 million people are classified as aid-dependent, and the organization expects a 10-20% rise in demand in 2014. (photo: Ryan Rodrick Beiler/Activestills.org)