Palestinian activists, accompanied by international supporters, descended on an Israeli military roadblock in the Palestinian village of Al Walaja at noon Thursday, quickly dismantling it before Israeli forces could arrive on the scene. 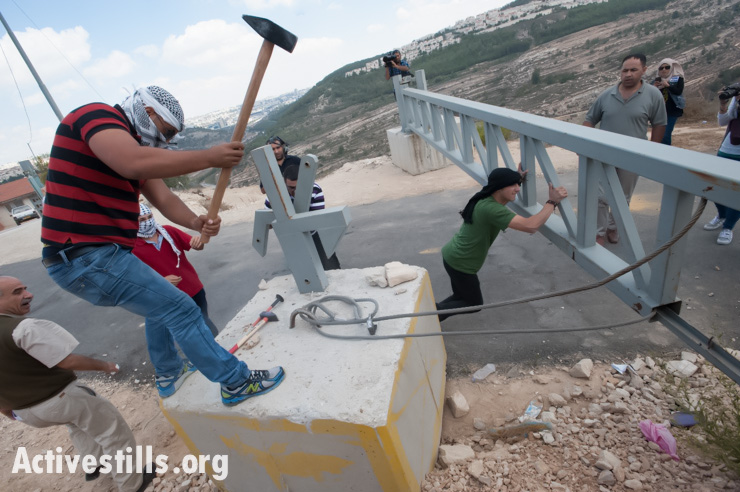 Palestinian and International activists remove a gate built by the Israeli army blocking the road between the village of Al Walaja and the West Bank town of Beit Jala, October 3, 2013. (photo: Ryan Rodrick Beiler/Activestills.org)

The activists used a sledge hammer to break the lock on a steel gate blocking the road between Al Walaja and the bordering village of Beit Jala. The gate had been installed by the Israeli military in the past year to prevent movement between the two Palestinian villages at the location where the Israeli separation wall will eventually be built. 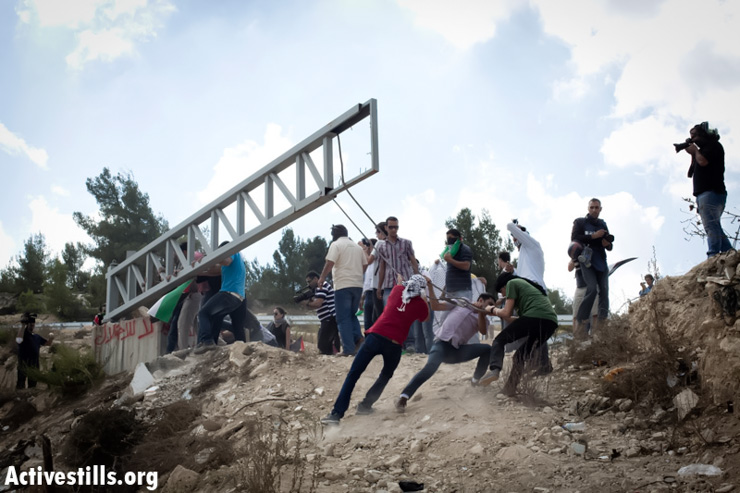 Activists use the leverage of the opened gate to shift the concrete block on which it is mounted toward the edge of the hillside. (photo: Oren Ziv/Activestills.org)

Activists used the leverage provided by the now-open gate to shift the massive concrete block on which it was anchored, eventually sending the entire apparatus tumbling down the steep hillside. The group then made a quick getaway, leaving the site before a single member of Israeli forces could arrive to interfere.

Some participants even drove through the newly opened road, passing through Beit Jala land, including the Cremisan monastery, that will be even further divided by the separation wall if it is built as planned. Many of the activists who participated in this action were attending the Bil’in International Popular Resistance Conference, taking place this week. 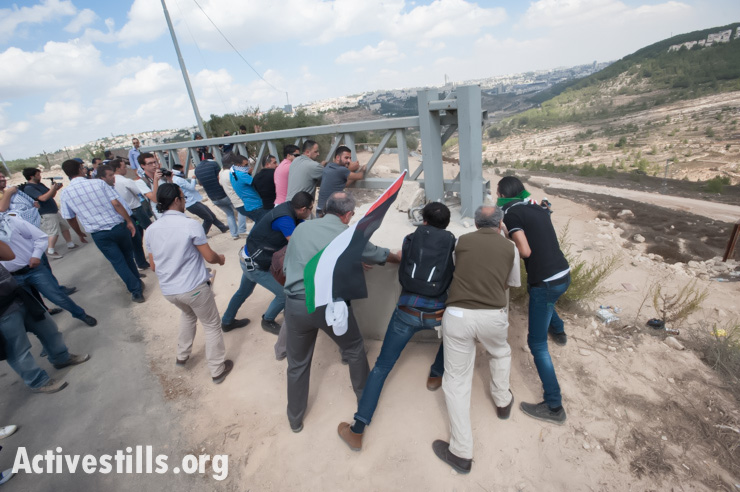 Palestinian and international activists move the roadblock inch by inch toward the edge of the hill. (photo: Ryan Rodrick Beiler/Activestills.org) 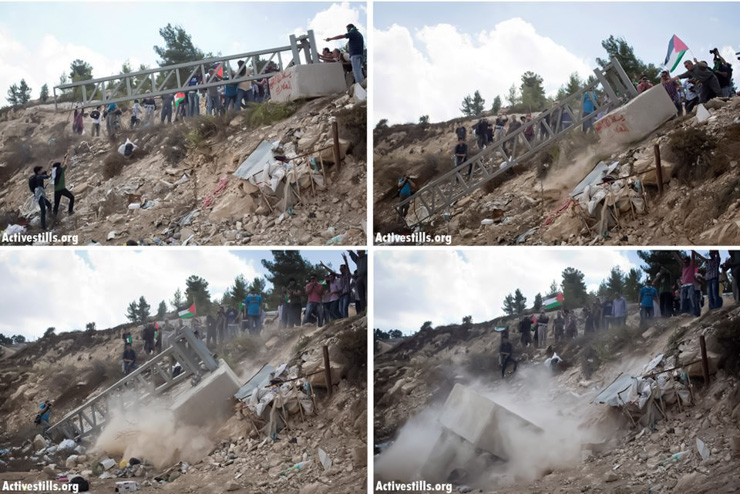 The block and gate tumble down the hillside in a cloud of dust as the activists cheer. (photo: Oren Ziv/Activestills.org) 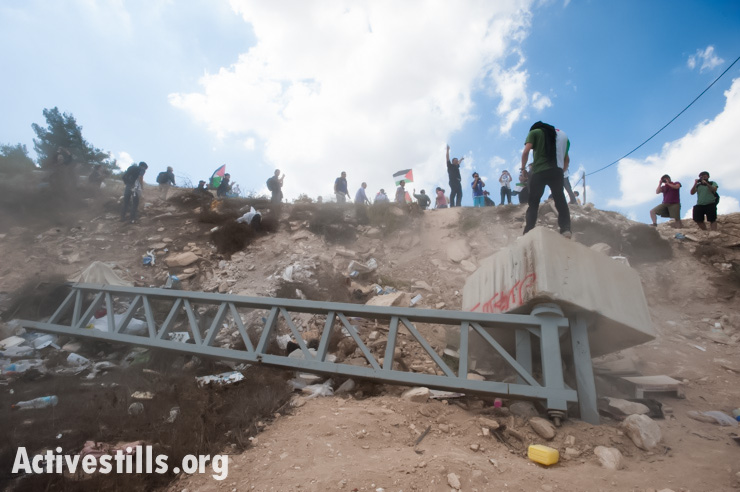