Police arrest six Palestinians for building a protest village to demonstrate against a bill that would annex the Ma’ale Adumim settlement bloc to Israel. 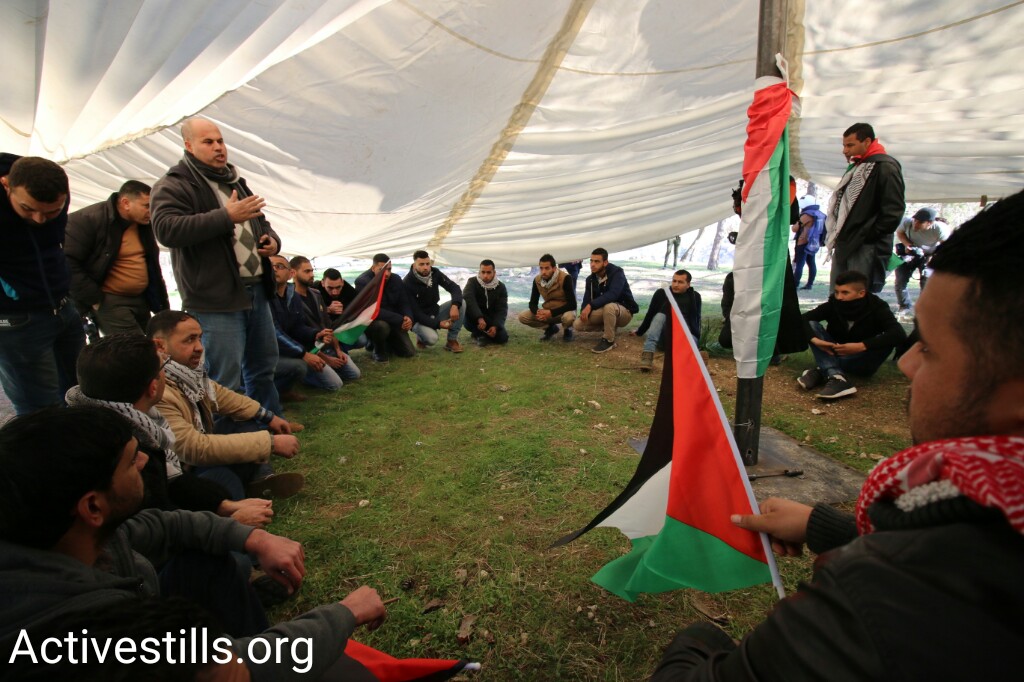 Fifty Palestinian activists established a protest village Friday morning adjacent to the West Bank settlement bloc, Ma’ale Adumim, to protest a bill that would annex the area to Israel.

The activists re-erected the Bab al-Shams protest village, four years after it was first built to protest the planned expansion of settlements that would cut the West Bank into two and deny territorial contiguity to any hypothetical Palestinian state. 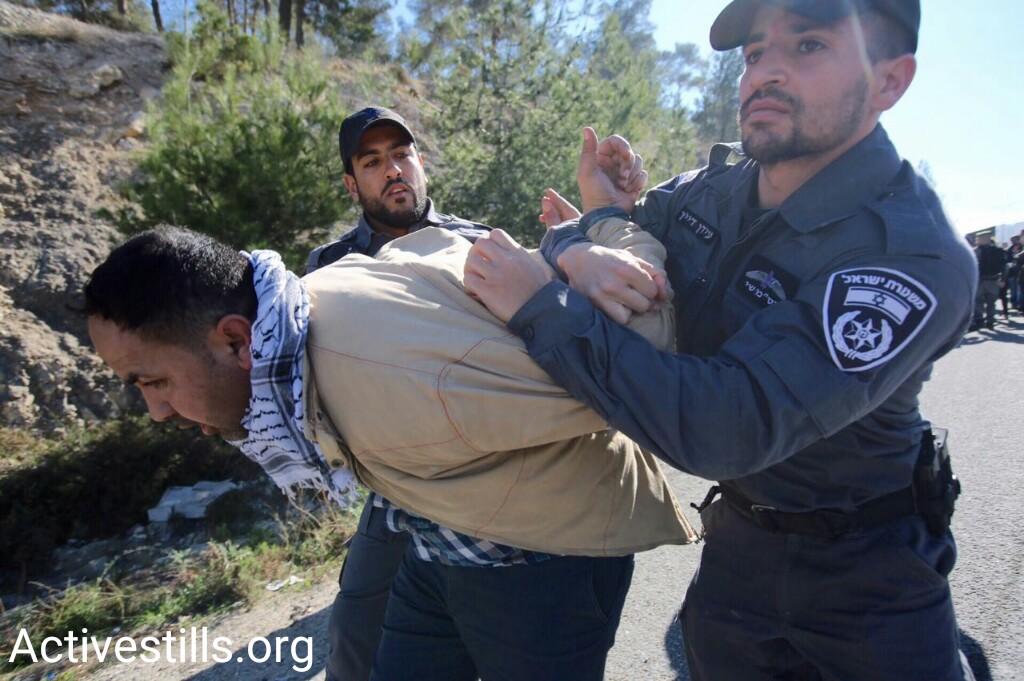 The protest village was timed to coincide with Sunday’s cabinet meeting, where Israeli leaders are set to discuss a bill that calls to apply Israeli civilian law over Ma’ale Adumim, including the ‘E1’ area, which Palestinians say is crucial for any two-state solution.

Shortly after the village was built, Israeli police and Border Police officers were called to the scene to take down the tents. The demonstrators then marched alongside the main road nearby. Six were arrested. 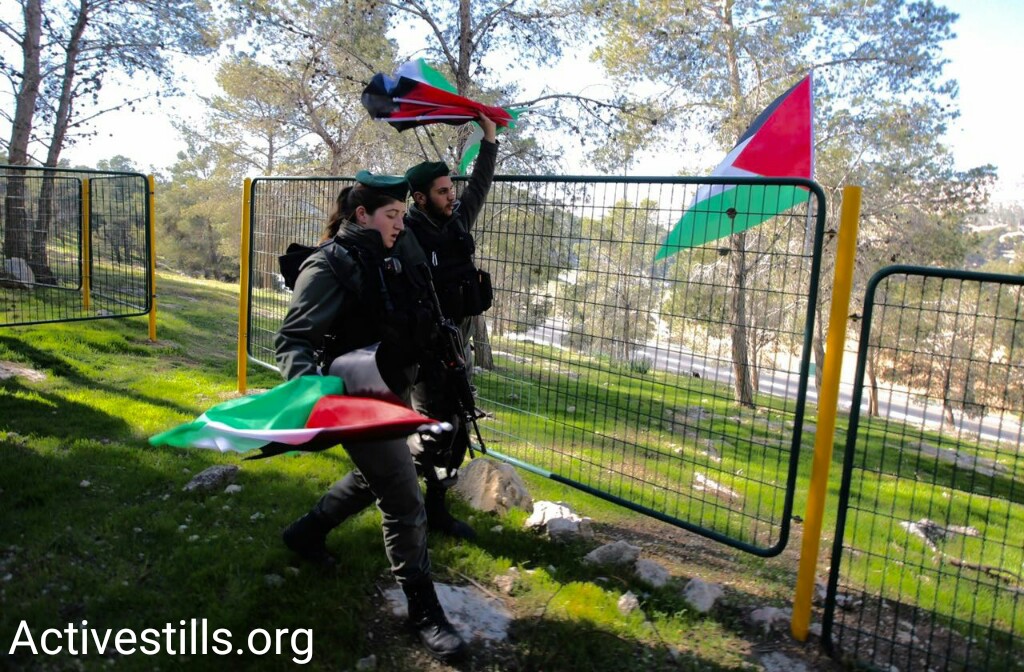 The activists also hoped to send a message to the people of Umm el-Hiran in the Negev, showing their solidarity with the victims of home demolitions against Palestinians on both parts of the Green Line. “We hope to send a message of strength to our people in Umm el-Hiran, Al-Araqib, the Naqab, and Qalansuwa, who are victims of home demolitions, just like the Bedouin in East Jerusalem, who are struggling against Israel’s attempt to transfer them to E1.”