Hundreds of Palestinians demonstrated against the use of metal detectors outside the holiest Muslim site in the country, following a lethal attack on Israeli security forces late last week. 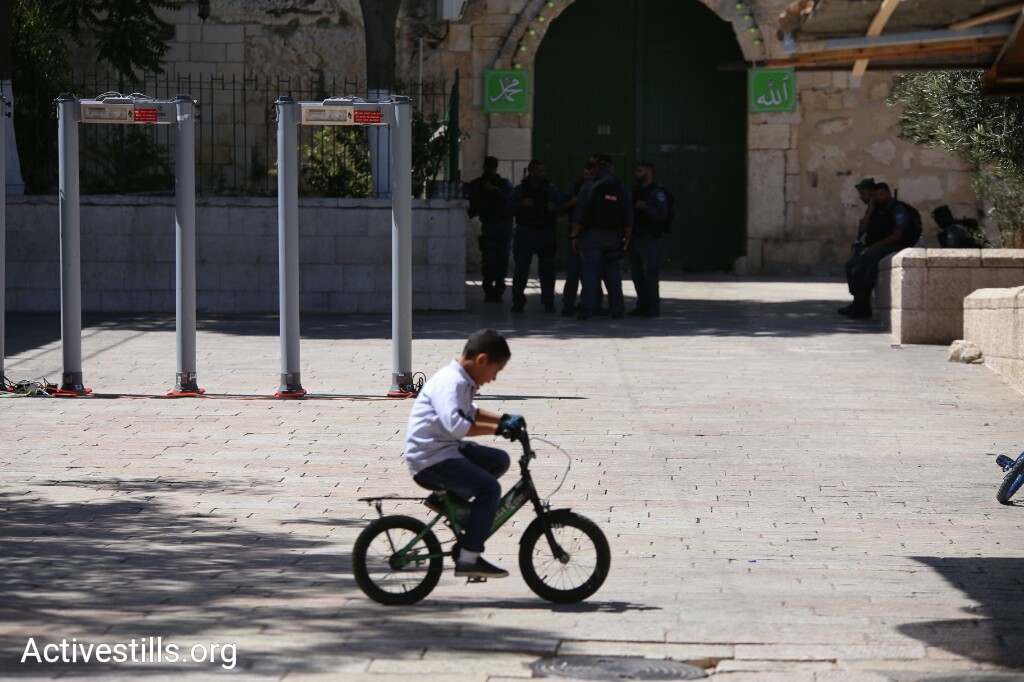 Hundreds of Palestinian worshippers held a mass prayer outside the Temple Mount/Haram al-Sharif in Jerusalem’s Old City on Sunday, after Israeli authorities forced them to pass through metal detectors at the entrance to the compound’s gates. 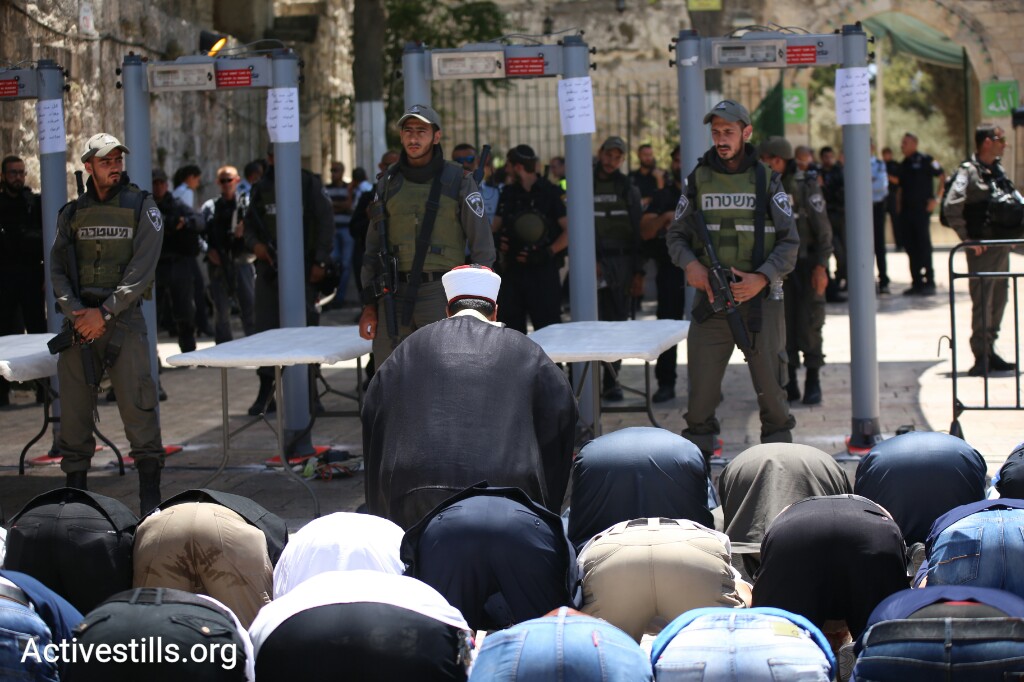 The measure was put in place after the area was closed off for nearly three days, following a lethal attack by three Palestinian citizens last Friday morning, which killed two Israeli police officers at the entrance gates to the holy site. Authorities quickly sealed off all entrances to the compound, the first time in decades it was closed on a Friday, as well as the streets leading to the Old City. Security forces reopened the site to Muslim worshippers on Sunday and to non-Muslims on Monday. 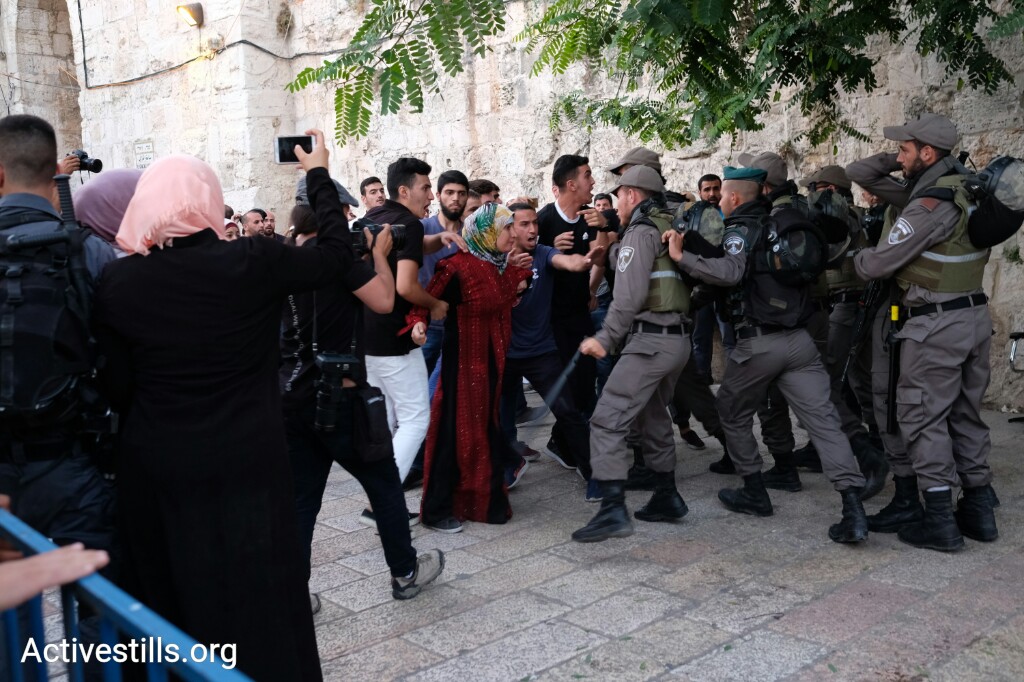 The attempt to place metal detectors at the entrance to the holiest Muslim site in the country was seen by many Palestinians as a cynical move that was meant to exploit instability and change the status quo at the compound. 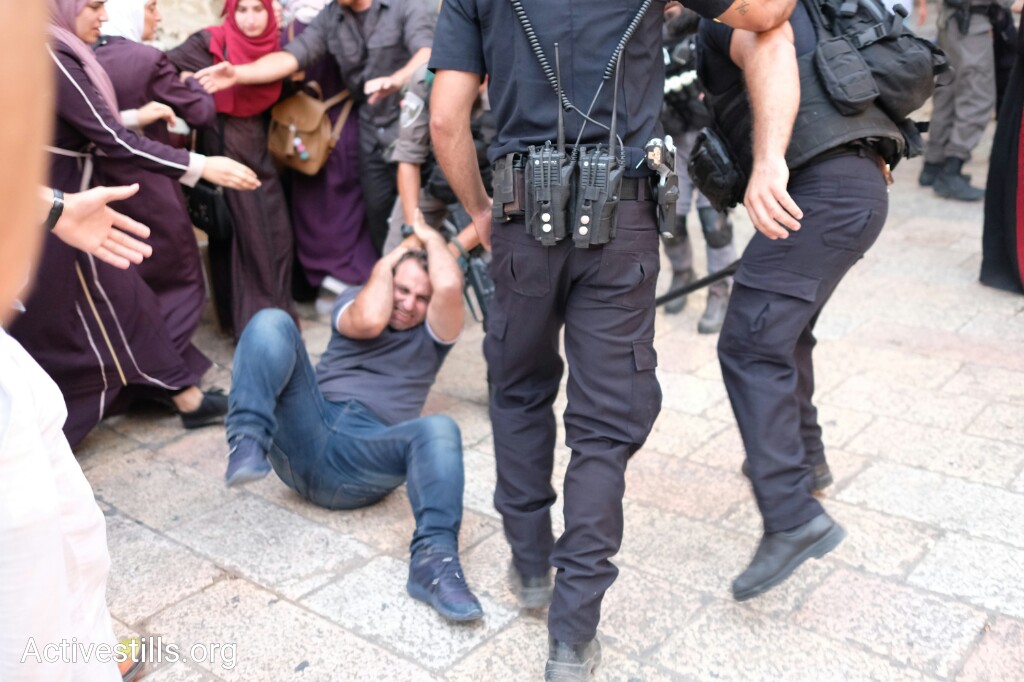 Israeli police attack a Palestinian protester during clashes following the closure of the Temple Mount/Haram al-Sharif to worshippers, in the wake of a deadly attack on Israeli security forces by Palestinian citizens the week before, July 16, 2017, Jerusalem. (Activestills.org)

Under the status quo, established after Israel captured the site during the 1967 War, Haram al-Sharif, where Al-Aqsa Mosque is located, is managed by the Waqf, an Islamic foundation under the auspices of Jordan. Israel maintains control over access to the site.

The Waqf called on Muslims “to reject and boycott all the Israeli aggression measures, including changing the historical status quo including imposing the metal detectors.” Throughout the day, hundreds took part in prayers and protests were held outside the gates leading to the compound as well as in the streets leading to the Old City. 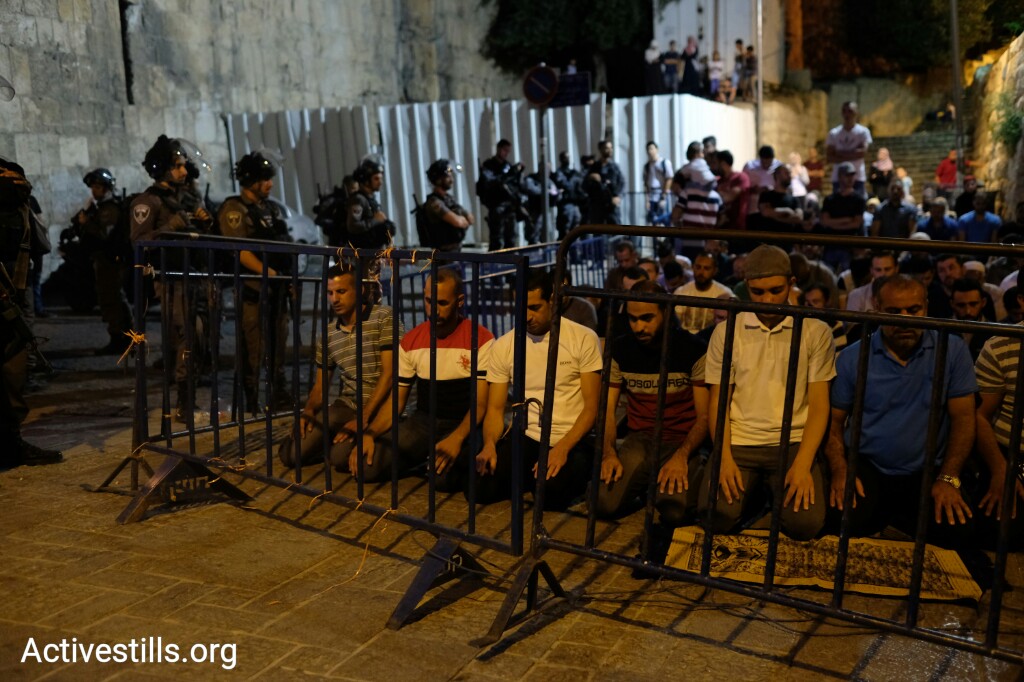 According to Israel Radio, 10 people were injured and three were arrested for throwing stones in overnight scuffles with security forces close to the Old City’s Lion’s Gate, near one of the Temple Mount’s nine entrances.

On Monday afternoon, clashes broke out in the Old City when police ordered a group of Muslim protesters off a road which they were trying to block with a prayer session.