Police evicted six families from the Givat Amal neighborhood in northern Tel Aviv Thursday morning, after they lost a lengthy court battle for their rights to the land. Residents and community activists gathered in the neighborhood in an attempt to trying to stop the eviction. The residents, who the state placed in the working-class neighborhood soon after its founding in the 1950s, have been leading a struggle to recognize their rights to the property, which were sold to an Israeli businessman in the 1970s. 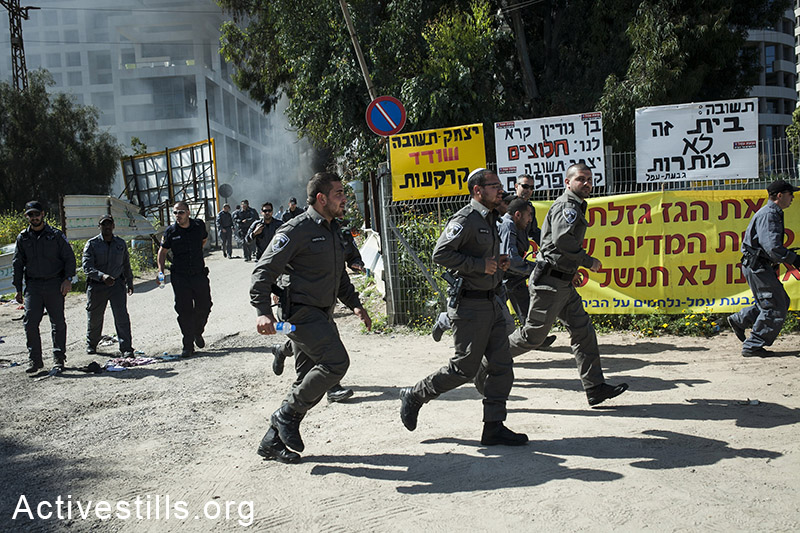 The land has since exchanged hands to another Israeli mogul, Yitzhak Tshuva, who is planning to turn the neighborhood, comprised of single-family homes and shacks sitting in the heart of one of Tel Aviv’s most expensive neighborhoods, into six high-rise towers.

Five of the families reached an agreement to evacuate, which offered compensation to the residents. One woman, Rivka Chilovsky, refused the agreement and is resisting the evacuation of her home. 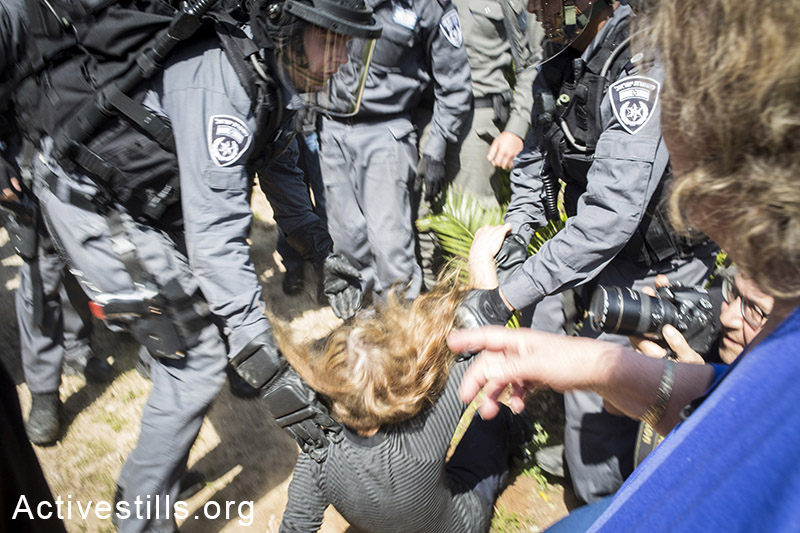 Policemen hold down a protester during the evacuation of the Givat Amal neighborhood. Protesters chanted slogans and burned tires. (Keren Manor/Activestills.org) 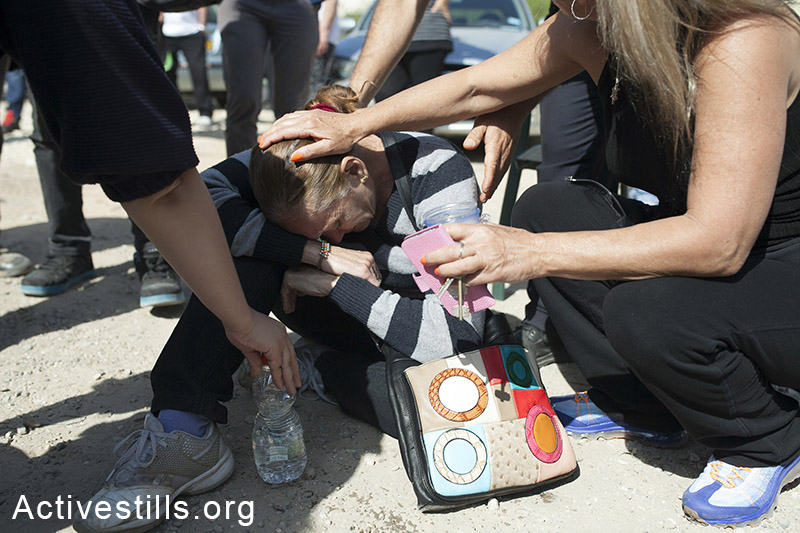 MK Dov Khenin (Hadash) responded to the evacuation by stating that, “on the same day that he sealed a deal to sell off our natural gas, Tshuva is kicking out six families from their homes onto the street. The demands of the residents who were sent to the live in the area by the state in the 1950s are basic and fair.” According to Khenin, he has proposed legislation to ensure that the evacuated families receive alternative housing. 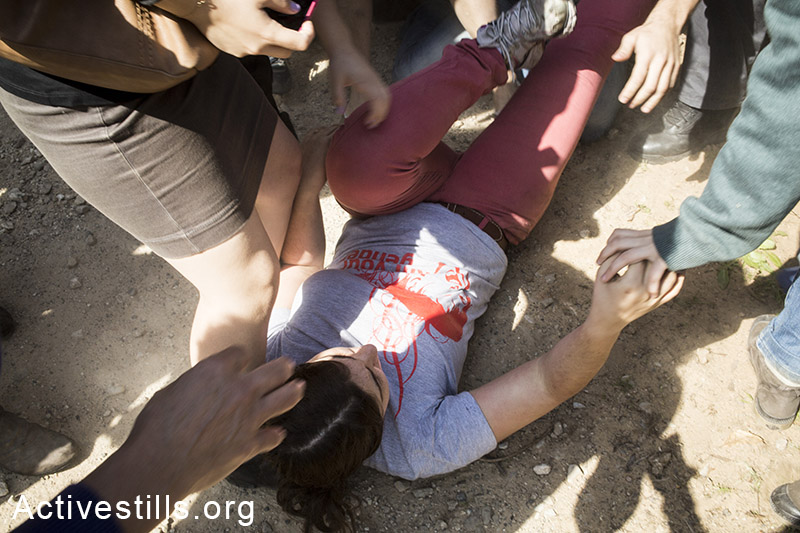 Activist Sapir Slutzker is seen after being pushed on the ground by Israeli Border Police, March 27, 2014. Sapir was later arrested by the police. (Keren Manor/Activestills.org) 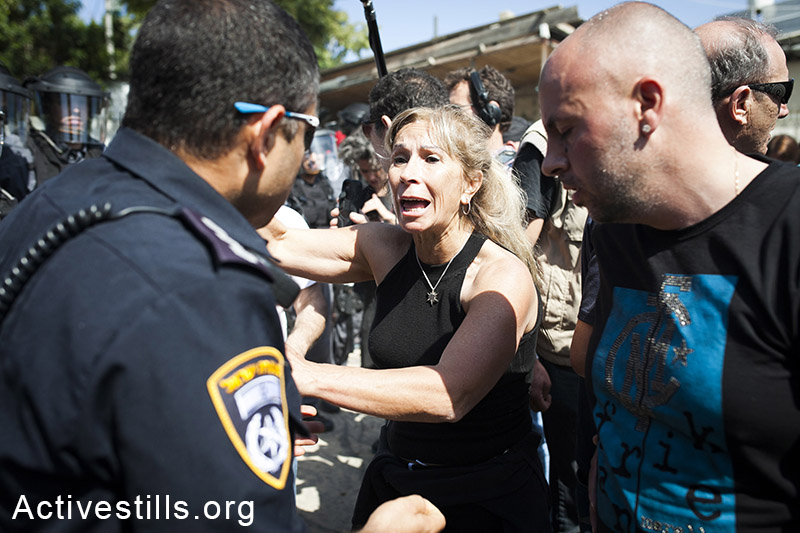 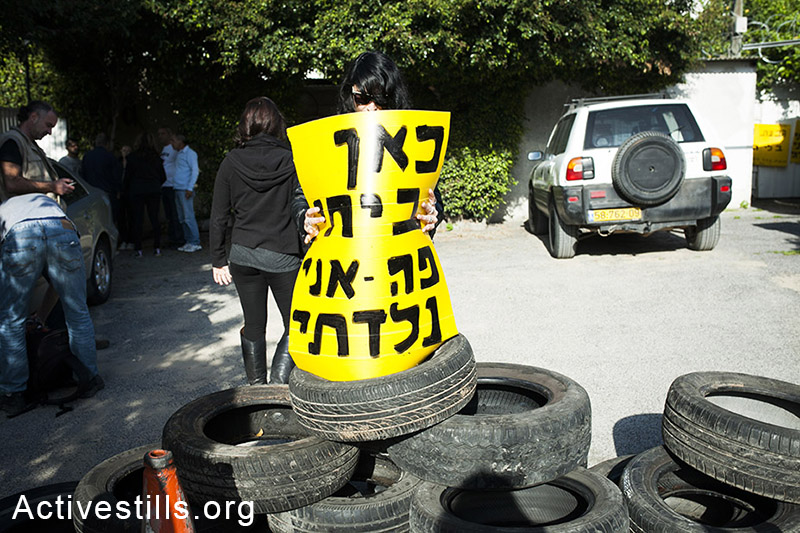 An activist holds a sign reading “Here is my home, I was born here,” in front of Rivka Chilovsky’s house before her eviction, March 27, 2014. (Shiraz Grinbaum/Activestills.org) 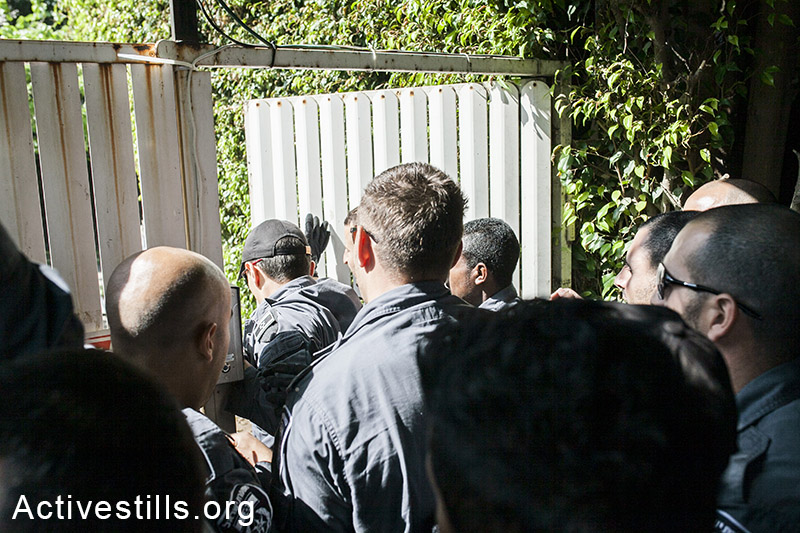 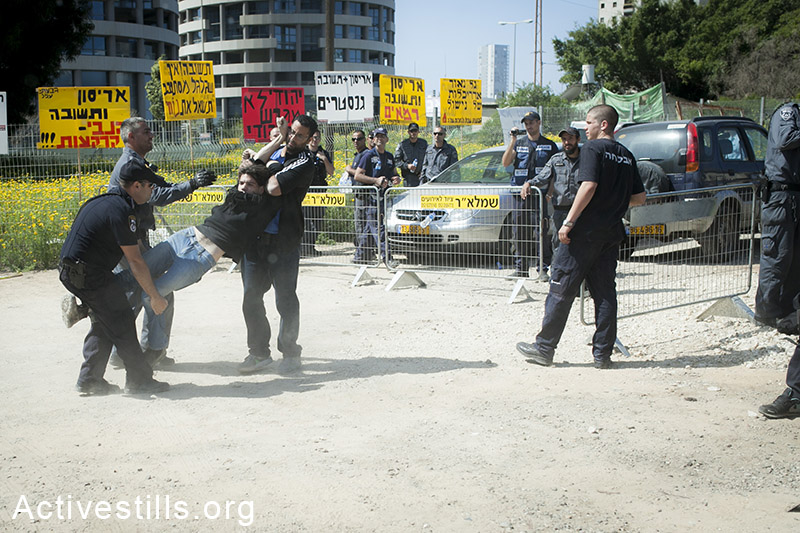 An activist is arrested during a raid of Israeli police and private security forces on the Givat Amal neighborhood, Tel Aviv, March 27, 2014. (Shiraz Grinbaum/Activestills.org 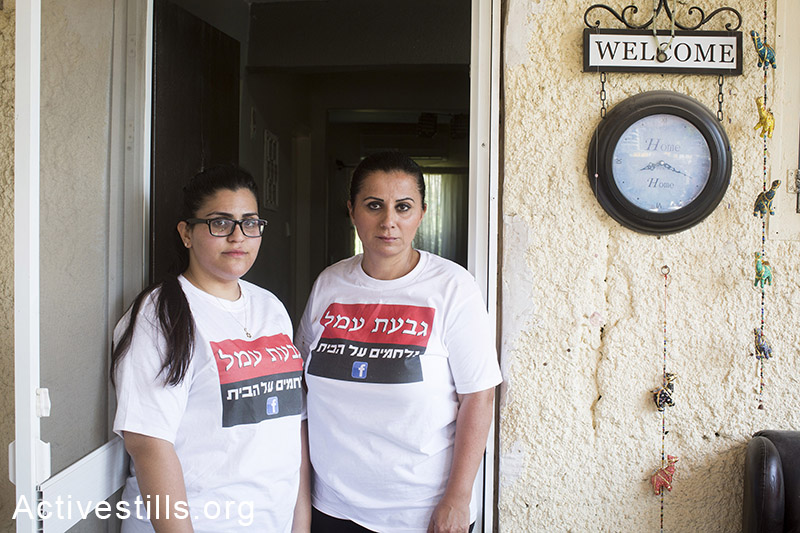 Residents of Givat Amal in the doorway of their home. The neighborhood is slated for demolition. (Keren Manor/Activestills.org)