More than 10 years have passed since the Israeli government officially recognized the Bedouin village of Bir Hadaj. Yet it refuses to install new infrastructure, hands out demolition orders and does everything in its power to prevent the growth of the village.

Photos and text by Keren Manor / Activestills.org and Mareike Lauken 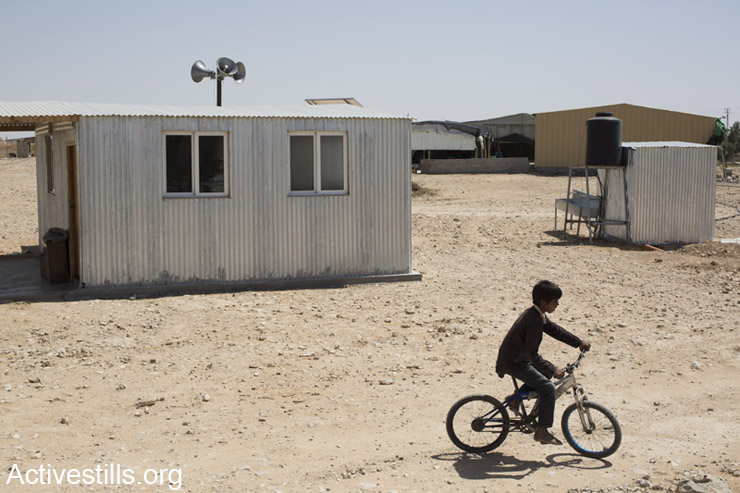 We’re sitting in the Adisan family’s living room, viewing the video recordings of the security cameras installed by the family around its property. The videos show four men exiting two commercial vehicles and entering the family’s yard. “It’s as if they were breaking and entering. They didn’t receive any permission, nor did they speak to the homeowner,” explains Eyad Adisan. 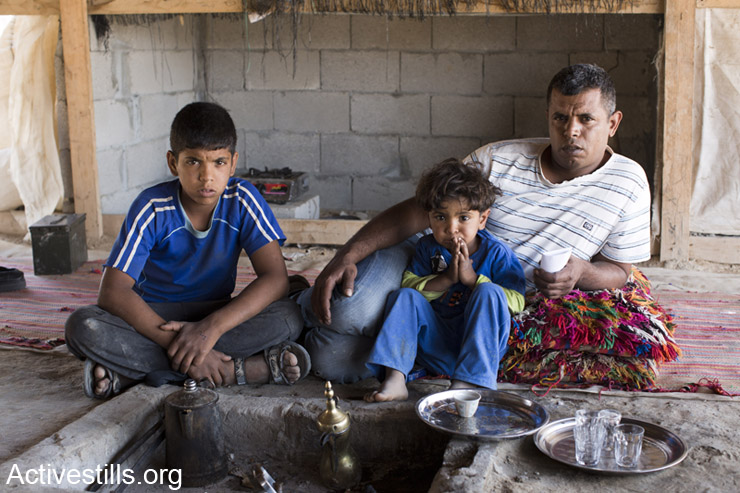 Eyad Adisan and his children sit in the family tent just hours after police and inspectors paid his home a visit.

The men were Ministry of Interior inspectors and policemen who entered the Bedouin village of Bir Hadaj in the Negev in order to distribute demolition orders and summon several homeowners suspected of building “illegally” for investigation. Eyad and his brothers were among those summoned, and the cameras were installed due to concern of police interference.

Bir Hadaj was an “unrecognized” village until 2003. However, more than 10 years have passed since its recognition, and the 5,500 residents are still waiting for the government to build proper infrastructure in order to rebuild the village. 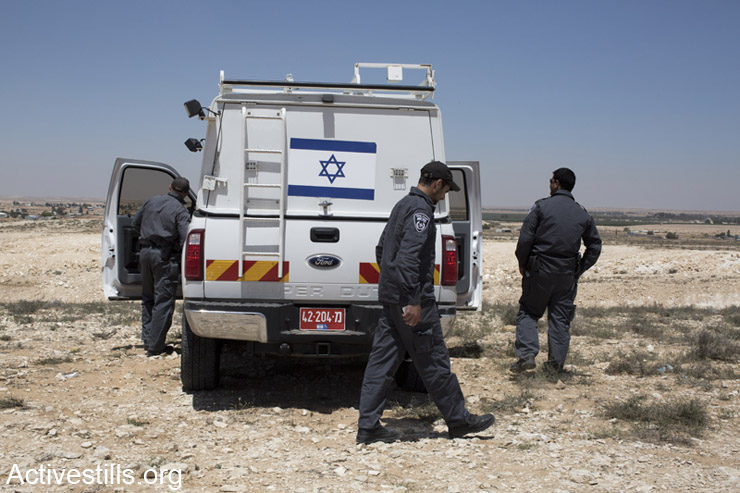 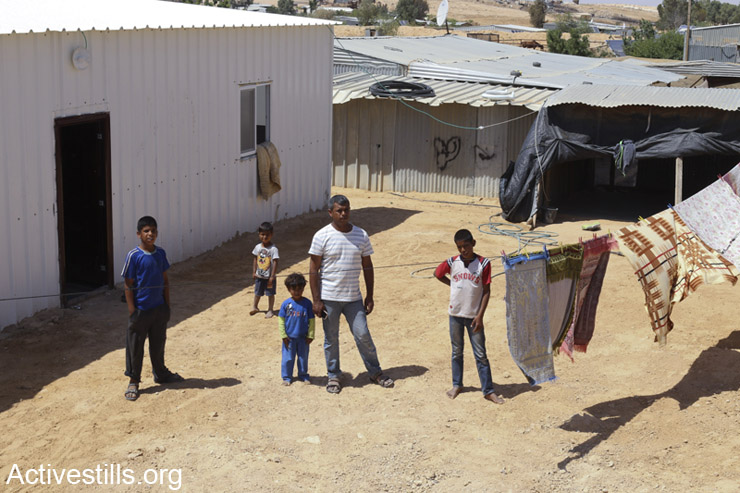 Eyad Adisan and his sons stand outside his home, which is in danger of being demolished. (photo: Keren Manor / Activestills.org)

“We agreed to build according to the approved plan, but we cannot begin before the proper infrastructure is put in place. Meanwhile, we receive demolition orders and live in constant fear with no solution in sight,” says Eyad. According to the residents, approximately 200 homes in the village have received demolition orders, and despite government recognition, are still living without electricity or basic services. 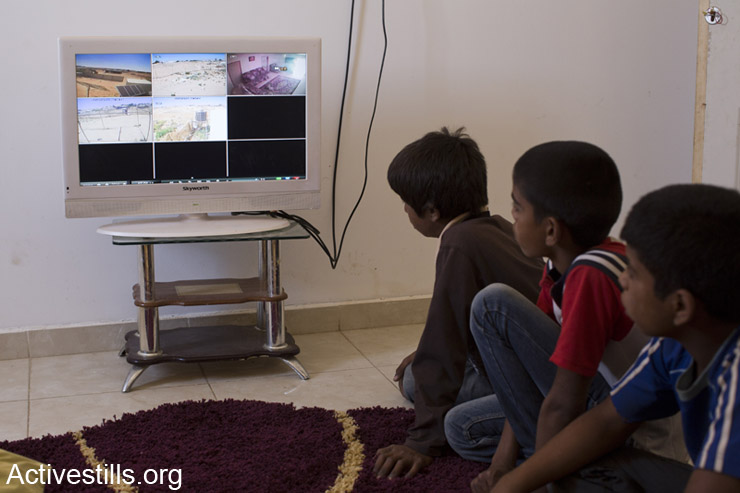 The Adisan family watches recordings from the cameras installed around their property. (photo: Keren Manor / Activestills.org)

Salama Adisan, a member of the village committee, served 26 years in the IDF. “Today they posted a demolition order on the house of a young man in the village, a soldier. His father called him while he was on base to tell him that his home is in danger of being destroyed. We can die for the country, but we can’t have a roof over our heads?” asks Salama in desperation.

“They tell us what is illegal, but they don’t give us a solution for where we can build,” he adds. “A situation of desperation is a very dangerous one. It can lead to bad things. Almost everyone, including the young people in the village, are unemployed. The Israeli media calls us drug dealers and criminals. The police often enters the village and acts violently. We have no option for a respectable living. Most of the residents live off the land, and we don’t even have that much room for pasture, since all the areas surrounding us either belong to the army, are nature reserves or belong to the kibbutzim here. We’re fined hundreds of shekels for every sheep they catch. I want government officials to come here, look us in the eye and give us answers.”

Read more:
PHOTOS: A life of discrimination for Negev Bedouin
The unequal right to water in unrecognized Bedouin villages
The Bedouin of the Negev: Myths and Misconceptions