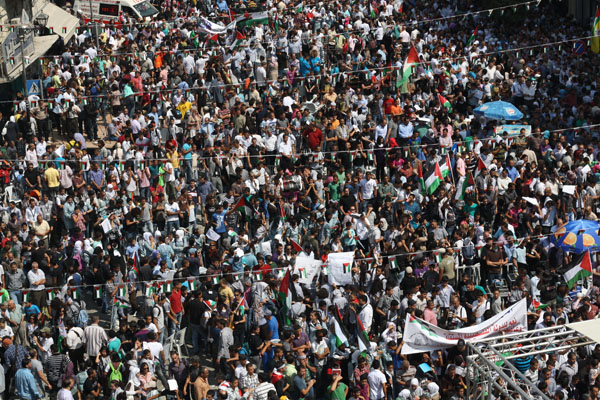 At least 3,000 Palestinians took to the streets of Ramallah in support of the PLO’s statehood bid in the United Nations. The PA officially closed Palestinian schools in order to boost numbers of protesters. Roughly 80,000 PA employees were also given the day off in order to join the demonstrations. The demonstration took place in Clock Square which has been recently renamed Yassir Arafat Square. Massive signs with the words “UN 194” covered many of the buildings ringing the square.

Various speakers addressed the mostly young crowd with strong speeches declaring the right of Palestine to full membership in the United Nations. Many speakers stressed the fact the peace process has failed and it is now time for Palestine to be a state. The PLO’s official band, Al Asheqeen, also played for the crowd  in the afternoon sun of Ramallah. The atmosphere was festive and jubilant without harsh revolutionary overtones. Pro-statehood demonstrations are also being held in Hebron, Bethlehem and Nablus.

Heavy PA police presence was seen throughout the streets of Ramallah as many undercover PA police were combing the area in order to contain the demonstrations inside PA controlled Ramallah. After the Ramallah demonstration got underway, Israel closed the Qalandia checkpoint separating Jerusalem and Ramallah leading to small clashes between Palestinians and Israeli soldiers. Haaretz is reporting that the Israeli army has used the ‘Scream’ to disperse the protesters.  Palestinian activists are also reporting that Israeli settlers are dressing as Palestinians in order to infiltrate pro-statehood rallies and to attack demonstrators. Additionally, the Israeli army has reportedly fined Palestinians near Israeli checkpoints who had the pro-statehood flag. 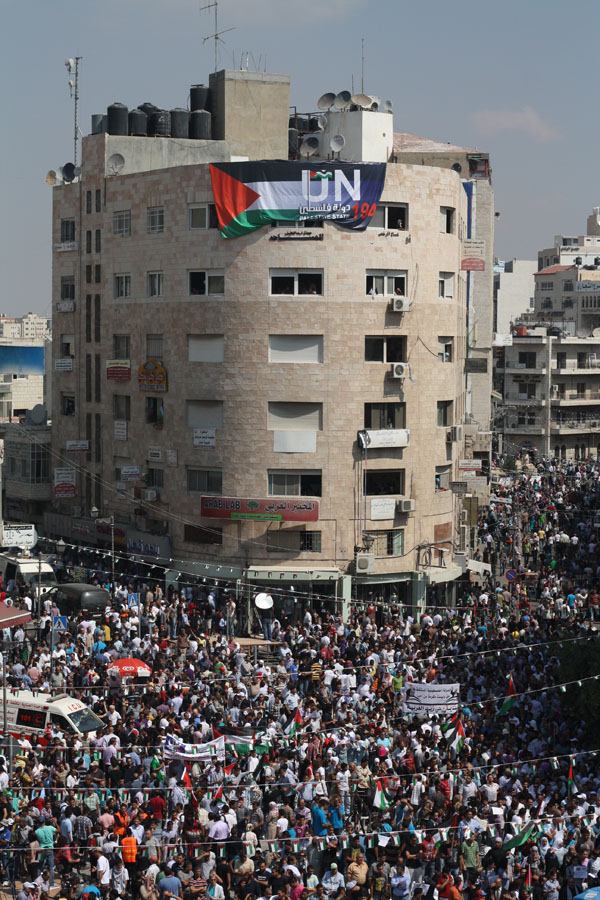 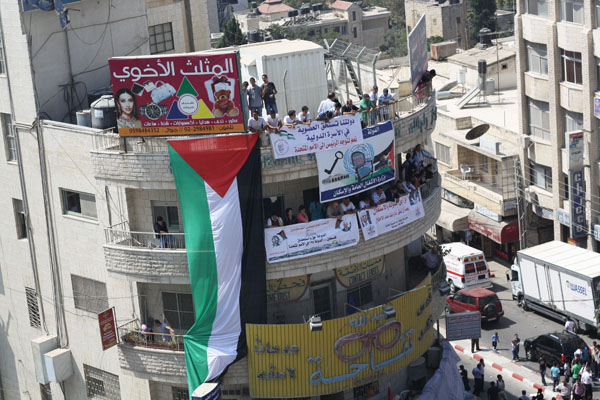 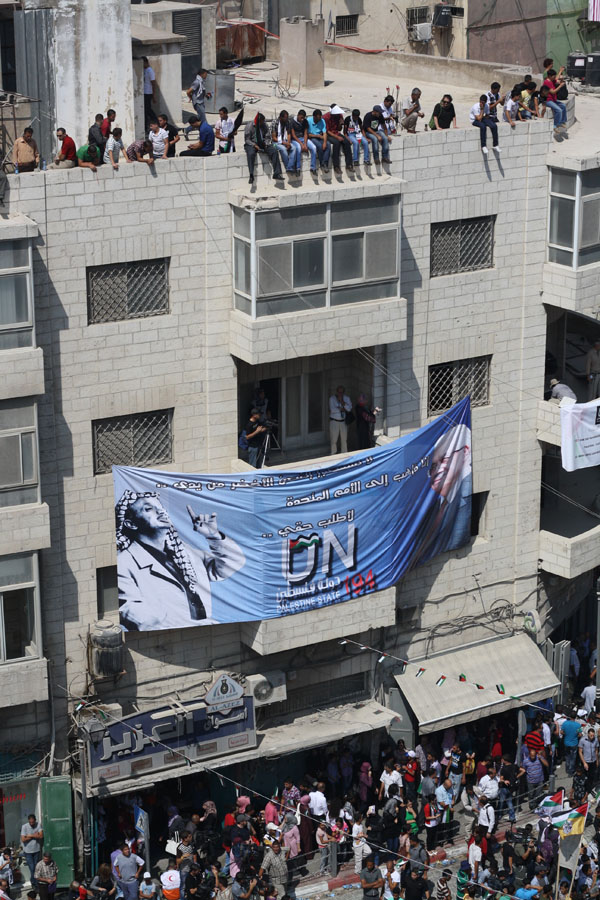 Posters in Ramallah in favor of statehood. Photo by Joseph Dana 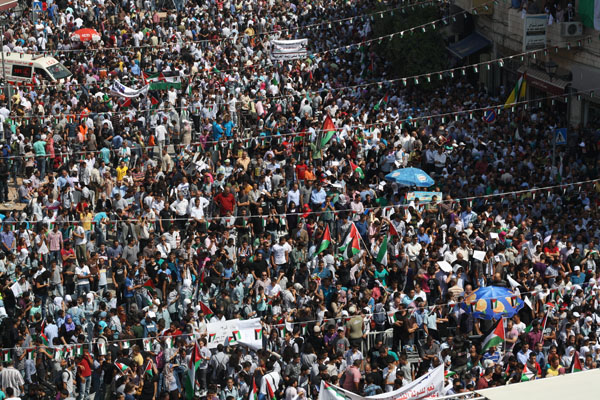 Thousands in the streets of Ramallah Photo by Joseph Dana